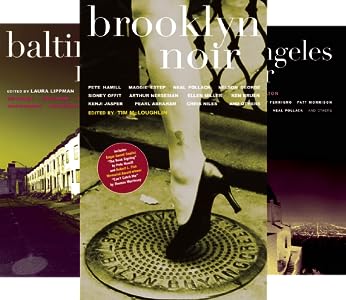 New York’s punchiest borough asserts its criminal legacy with this collection of stories from some of today’s best writers. Brooklyn Noir moves from Coney Island to Bedford-Stuyvesant to Bay Ridge to Red Hook to Bushwick to Sheepshead Bay to Park Slope and far deeper, into the heart of Brooklyn’s historical and criminal largesse. Each contributor offers a new story set in a distinct neighborhood. 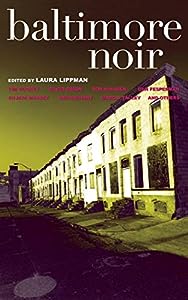 As fans of the HBO series The Wire have known for years, Baltimore is home to a rich and diverse underworld that is matched by an equally rich and diverse literary tradition. This is the city where Dashiell Hammett worked as a Pinkerton agent. It’s also where Zelda Fitzgerald came for psychiatric treatment. In this sterling collection of noir fiction, some of Baltimore’s best authors “confront the full irony that is Charm City, a place where you can go from the leafy beauty of the North Side neighborhoods to the gutted ghettos of the West Side in less than twenty minutes, then find your way to the revamped Inner Harbor in another ten” (Laura Lippman, from the introduction). 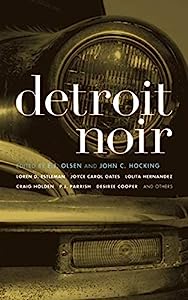 From crime stories in the classic hard-boiled style to the vividly experimental, from the determination of those risking everything to the desperation of those with nothing left to lose,  Detroit Noir delivers unforgettable tales that capture the city’s dark vitality.

“Few cities are as well suited to the genre as Detroit, with its embattled inner city and history of urban decline and blight, and the editors have assembled a talented lineup to do it justice.”— Publishers Weekly
阅读更多 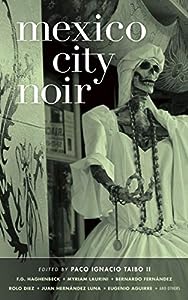 Akashic Books’s acclaimed series of original noir anthologies has set a high standard for portraying cities and their neighborhoods in all their dark and violent splendor. Now, “ Mexico City Noir surpasses that standard with phantasmagorical tales of double-dealing, corruption, violence and self-delusion . . . This collection is such a varied literary feast. Fans of Jorge Luis Borges will find surprises galore in the story ‘Violeta Isn’t Here Anymore.’ The noir-ish maze that Myriam Laurini constructs with her flair for the shifting realities of ‘magical realism’ is dazzling enough, and then up pops Borges . . .

“Peel back one layer and find something totally unexpected, these tales tell us again and again. As Eduardo Monteverde writes, ‘the heart of Mexico City is made of mud and green rocks, and the God of Rain continues to cry over the whole country.’ And standing on that ground, the 12 writers here find inspiration to die for” ( Shelf Awareness). 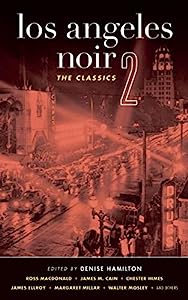 In Akashic Books’s acclaimed series of original noir anthologies, each book comprises all new stories, each one set in a distinct neighborhood or location within the respective city. This collection of classic stories—the sequel to the award-winning, bestselling Los Angeles Noir—“reaffirm[s] that the shadows cast by the Southland’s sun, and its gloomy ocean fog, have proved some of noir’s most fertile territory” ( Los Angeles Times).

“If you love either mysteries or tales about our corner of the world, pick up Noir 2 . . . Hey, the concept of ‘noir’—dark, steamy mystery stories—was invented here.”— Los Angeles Daily News
阅读更多 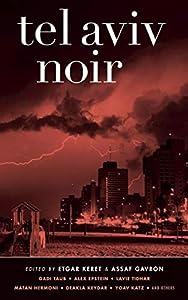 Akashic Books continues its groundbreaking series of original noir anthologies, launched with the summer ’04 award-winning bestseller  Brooklyn Noir. Each book is comprised of all-new stories, each one set in a distinct neighborhood or location within the respective city. For  Tel Aviv Noir, Etgar Keret and Assaf Gavron have masterfully assembled some of Israel’s top contemporary writers into a compulsively readable collection.

“There’s a marvelous underlying tension to [the stories], a paranoid tinge, as if some vast monstrous conspiracy is lurking behind every misdeed and bad stroke of luck.” — San Francisco Book Review

“The collection reflects much of the daily reality of the city, but not the sort one is likely to read in tour guides . . . There’s a complexity and virtuosity to plot and prose that leaves the reader with a sense of satisfaction and appreciation, despite the typically devastating denouement of the tales . . . Superb.” —PopMatters

“Consistently strong . . . Definitely one of the highlights in the long-running Akashic series.” — Booklist, starred review
阅读更多

In Akashic Books’s acclaimed series of original noir anthologies, each book comprises all new stories set in a distinct neighborhood or location within the respective city. Now, the spotlight is on Finland and its southern capital of Helsinki, a city “synonymous with noir. There is a darkness in the Finnish soul, perhaps echoing the country’s long winter nights, that lends itself to tales of horror and degenerate behavior” ( Reviewing the Evidence).

“True fans of the macabre will enjoy some of the more disturbing tales, such as Jukka Petäjä’s ‘Snowy Sarcophagus,’ in which the bodies of two women are discovered preserved in life-size snowmen, and Antti Tuomainen’s ‘The Script,’ which is told from the point of view of a Finnish film and television producer who also happens to be a serial rapist . . . Readers should be prepared to keep the lights on at night after finishing this unnerving collection.”— Publishers Weekly

“Every story is atmospheric . . . and every one has a neat sting at the end . . . The best and blackest in the noir series yet, and a treat for short story fans. Highly recommended.”—promotingcrime.blogspot.com
阅读更多 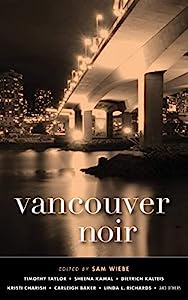 For many people, Vancouver is a city of affluence, athleisure, and craft beer. But if look a little closer at this gentrified paradise, you’ll find the old saying holds true: behind every fortune there’s a crime. Hidden beneath Vancouver’s gleaming glass skyscrapers are shadowy streets where poverty, drugs, and violence rule the day. These fourteen stories of crime and mayhem in the Pacific Northwest offer an entertaining “mix of wily pros, moody misfits, bewildered bystanders, and a touch of the supernatural” ( Kirkus). 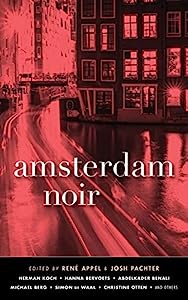 From its numerous coffee shops where drugs are openly available, to its world-famous Red Light District where prostitutes display themselves in shop windows, Amsterdam is a city where almost anything goes in broad daylight. And yet, this serene city of canals has its dark side as well. In fifteen tales of greed, jealousy and revenge, some of the finest Dutch crime writers—including literary award-winners and international bestsellers—explore the seamy shadows of this historic city. 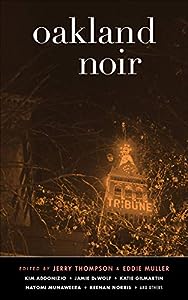 In the wake of  San Francisco Noir, Los Angeles Noir, and  Orange County Noir—all popular volumes in the Akashic Noir Series—comes the latest California installment,  Oakland Noir. Masterfully curated by Jerry Thompson and Eddie Muller (the “Czar of Noir”), this volume will shock, titillate, provoke, and entertain. The diverse cast of talented contributors will not disappoint.

“From the Oakland hills to the heart of downtown, each story brings Oakland to life.” — San Jose Mercury News

“Oakland is a natural for the series, with its shadowy crimes and disgruntled cops.” — Zoom Street Magazine

“San Francisco’s grittier next-door neighbor gets her day in the sun in 16 new stories in this tightly curated entry in Akashic’s Noir series. The hardscrabble streets of Oakland offer crime aplenty . . . Thompson and Muller have taken such pains to choose stories highlighting Oakland’s diversity and history that the result is a volume rich in local culture as well as crime.” — Kirkus Reviews
阅读更多 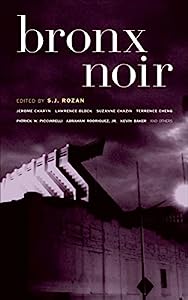 Set amid landmarks like Yankee Stadium and the Bronx Zoo, in crowded streets or leafy enclaves, this collection of crime and suspense fiction, edited by a winner of multiple major mystery awards, showcases both an exceptional lineup of literary talent and the unique atmosphere of New York City’s northern borough.