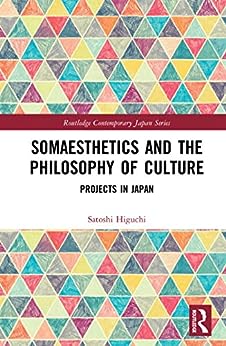 “I regard Higuchi’s book as particularly valuable because it highlights dimensions of somaesthetics that have not been sufficiently explored. I refer not only to the various traditional Japanese somatic disciplines whose somaesthetics aspects Higuchi reveals, but also to central topics far beyond Japanese culture.”

Higuchi, one of the pivotal scholars in introducing Shusterman’s somaesthetics to Japanese audiences in the early 2000s, provides insight into how this philosophy has developed in Japan, and the affinity it has developed with a non-Western culture.

Dividing his insights into the categories of innovation, practice, and educational implications, Higuchi presents the Japanese perspective on somaesthetics, with contributions from four of his students. They develop the philosophical discussion of areas such as the aesthetics of sport, bodily knowing, learning as mimesis, and learning culture through language. In this way, the book illuminates the philosophy of somaesthetics using Japanese experience and research while presenting a unique perspective on Japanese culture.

This book will be of especial interest to scholars of Japanese culture, and of the philosophy of aesthetics and education.