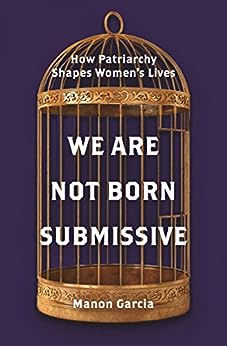 We Are Not Born Submissive: How Patriarchy Shapes Women's Lives (English Edition) Kindle电子书

What role do women play in the perpetuation of patriarchy? On the one hand, popular media urges women to be independent, outspoken, and career-minded. Yet, this same media glorifies a specific, sometimes voluntary, female submissiveness as a source of satisfaction. In philosophy, even less has been said on why women submit to men and the discussion has been equally contradictory—submission has traditionally been considered a vice or pathology, but female submission has been valorized as innate to women’s nature. Is there a way to explore female submission in all of its complexity—not denying its appeal in certain instances, and not buying into an antifeminist, sexist, or misogynistic perspective?

We Are Not Born Submissive offers the first in-depth philosophical exploration of female submission, focusing on the thinking of Simone de Beauvoir, and more recent work in feminist philosophy, epistemology, and political theory. Manon Garcia argues that to comprehend female submission, we must invert how we examine power and see it from the woman’s point of view. Historically, philosophers, psychoanalysts, and even some radical feminists have conflated femininity and submission. Garcia demonstrates that only through the lens of women’s lived experiences—their economic, social, and political situations—and how women adapt their preferences to maintain their own well-being, can we understand the ways in which gender hierarchies in society shape women’s experiences. Ultimately, she asserts that women do not actively choose submission. Rather, they consent to—and sometimes take pleasure in—what is prescribed to them through social norms within a patriarchy.

Moving beyond the simplistic binary of natural destiny or moral vice, We Are Not Born Submissive takes a sophisticated look at how female submissiveness can be explained.