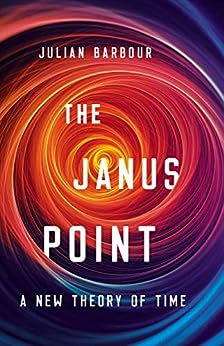 英语版本 Julian Barbour (作者) 格式: Kindle电子书
|
分享
分享 <分享样章>
广告
显示所有 格式和版本 隐藏其他格式和版本
In a universe filled by chaos and disorder, one physicist makes the radical argument that the growth of order drives the passage of time -- and shapes the destiny of the universe. Time is among the universe's greatest mysteries. Why, when most laws of physics allow for it to flow forward and backward, does it only go forward? Physicists have long appealed to the second law of thermodynamics, held to predict the increase of disorder in the universe, to explain this. In The Janus Point, physicist Julian Barbour argues that the second law has been misapplied and that the growth of order determines how we experience time. In his view, the big bang becomes the "Janus point," a moment of minimal order from which time could flow, and order increase, in two directions. The Janus Point has remarkable implications: while most physicists predict that the universe will become mired in disorder, Barbour sees the possibility that order -- the stuff of life -- can grow without bound. A major new work of physics, The Janus Point will transform our understanding of the nature of existence.
阅读更多
Previous page
Next page
由于文件较大，下载时间可能较长。
Kindle 电子阅读器
Kindle Fire 平板电脑
免费的 Kindle 阅读应用程序
查看所有受支持的设备
›  查看更多商品促销信息

Ken Goudsward
3.0 颗星，最多 5 颗星 Important ideas
2022年4月7日 - 已在美国亚马逊上发表
已确认购买
I am struggling a bit with this book. I know that the ideas are important. I WILL FINISH it! But, its kind of a drag and the author comes off a bit too "ivy league", as though he only ever has discussions with pretentious PHDs and has forgotten how to speak normally. Anyway, I am looking forward to gathering my energy and circling back to this book.
阅读更多

John Anderson
2.0 颗星，最多 5 颗星 The Janus Point is over my head anyway you look at it.
2022年6月1日 - 已在美国亚马逊上发表
已确认购买
Julian Barbour totally lost me. It seemed like a faculty lounge physics discussion with a lot of hand waving. Is there a new Lagrangian or Euler's equations for doing mechanics differently? Do a worked example, perhaps. I can't make myself read this again. So I'll go chew on a couple of Paul Nahin's books that have equations and explanations I can follow.
阅读更多

John McIntyre
5.0 颗星，最多 5 颗星 Shape Space and the Structure of the Universe
2021年3月30日 - 已在美国亚马逊上发表
The general theme of this book is to ask the question, “What is responsible for complexity we see about us in the universe”?

The conventional answer to this question is that we have General relativity and Quantum mechanics and when we model particles in a closed subsystem then entropy will remain the same or increase overall. However, it is possible, like on earth, special conditions arise that make it feasible that some structures, either directly or indirectly, take in Free Energy from a low entropy source so that work is performed on parts of that structure (negative entropy leading to complexity) while still as a whole even more entropy is discarded into the subsystem, thereby increasing the overall entropy in the process as per the second law of thermodynamics. These structures are called dissipative structures.

Barbour points out the following difficulties with this conventional answer.

- As Penrose has so elegantly described as we move further and further into the past the state of the
arrangement of particles must get more and more special until we arrive at a time just after the big bang
when the state of the universe was mindboggling special with an extremely low entropy. The chances of this
state, which is necessarily required for the argument, is 10 to the power of 121.

- The Universe can not be modelled as a closed system. By definition there is nothing outside the Universe.

- The Universe is expanding whereas all conventional thermodynamics modelling is performed on closed
subsystems of the universe.

Barbour’s proposal to overcome these difficulties.

First we must sweep out the chaff that complicate the current science and concentrate only on those things that can be measured within the Universe as a whole. This does away with scale (distances) and time.

Instead Barbour initially starts out with Newton but without his absolute space and time. We use the dimensionless ratio of masses instead of mass.

He describes Newtons N-body problem. The 3-Body problem is the simplest and it generally can be shown that characteristics of N-Body problem (eg the Universe) can be reduced down to a 3- body problem.
Lagrange in a paper in 1772 came up with a qualitative mathematical result for the N-body problem. He averaged the distances between all the weighted masses to get a root-mean-square length measure of the system. Similar to calculating a least squared regression line for spread out points on a graph (except this takes in the mass distribution as well).

He proved that 3 particle masses with a non-negative total energy will always breakup into a Kepler pair (orbiting their common centre of mass) and a singleton ejected away to infinity. This is time reversable so that the three, Kepler pair and the singleton, come together to a minimal size (Janus point) where motions become chaotic and pass through the Janus (minimal point) and onto the other side of the Janus point.

Hence for any N-body problem we can create a shape space for all the possible distributions of the masses.

I personally find it difficult to connect this fundamental quantity of complexity with the more conventional understanding of complexity as described in “The Engine of Complexity” by John E Mayfield.

A special shape space is when at the Janus point all particles come to the overall centre of mass. (as per an Einsteinian universe). Here the Janus point reduces to zero size. Here there is no longer just two sides of the Janus point but infinitely many. We have a Newtonian “total explosion” at Alpha. Infinitely many different possible evolutions arise each with its own creation measure. What if any determines the particular universe? One possible answer - “If it was not for the inordinate amount of structure that has been created about us in the universe, then we would not be here to witness it????”

Barbour argues that the history of a classical universe “is nothing more or less than a succession of shapes from which the notion of duration emerges.” He argues that “any attempt to create a quantum theory of the Universe should certainly start without the notion of a pre-existing external time.”

In the Newtonian 3-body problem we have a Kepler pair and the singleton moving away. “The major axis of the Kepler pair are rods and compasses that track the singletons flight. Although the precision does keep improving, nothing essentially new happens - The ‘needle gets stuck’ as to say. This is because Newtonian theory does not allow the number of particles to change. Quantum theory does allow such a change, so within an expanding universe that brings in scope for continual creation of novelty. The Cosmos begins in near perfect symmetry and evolves to increasingly rich complexity - Clumping and spangling. “

Barbour to me is not explicit when he discusses the flow of time. Eg. How fast does time flow?

From what I can gather (in a nutshell) his argument is as follows.

Each one of us exist in a mathematical structure (the universe's shape space) as per Tegmark - The mathematical Universe.

An individuals conscious reflection is a specific ensemble - a series of closely related shape spaces. In a higher dimension a single phase space - or a 'singular thought' space. We experience a finite number of these throughout our lives. Each corresponding to a complexity of the Universe.

We think in gestalts and movement for example is a static whole notion in our minds eye. Our brains have access to memories (time capsules of past experiences). Our brain can also have a Geshalt for the projection or prediction of our future selves. These are also stored in memory.

Time is not linear but the complexity of each of our Geshalt reflections can be ordered. So we perceive a past and a future in line with shape space ordered from complex to more complex. (It is not that shape space is changing but that each of our 'selves' experience a different complexity within the Universe's singular shape space).

Robert Edgar
2.0 颗星，最多 5 颗星 Baffling, and I have a physics PhD
2021年4月16日 - 已在美国亚马逊上发表
I have a theoretical physics PhD and I was looking forward to reading this book based on positive reviews by physicists I respect (Lee Smolin, Martin Rees). But I was quickly baffled by Barbour's presentation of the history of thermodynamics, and gave up trying to follow the argument after a couple of chapters. Technical terms such as "state function" are casually dropped into the text without definition -- I had to look some of them up on Wikipedia. For me, the prose was charming, meandering and completely incoherent. If Smolin and Rees recommend it, then I'm willing to believe that there is real substance here that is over my head, but I doubt the average reader with a solid science education will be able to follow along. Disappointing.
阅读更多
13 个人发现此评论有用