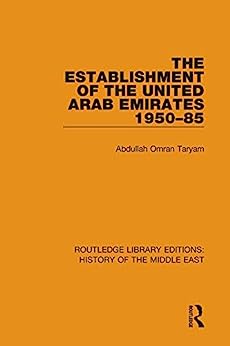 The United Arab Emirates were established in response to the British decision to withdraw from the Gulf by 1971. This decision, announced in 1968, had left the rulers of the emirates perplexed and alarmed. After decades of mutual suspicion and rivalry, fostered by British imperial dominance, the emirates were now obliged to seek security in fede