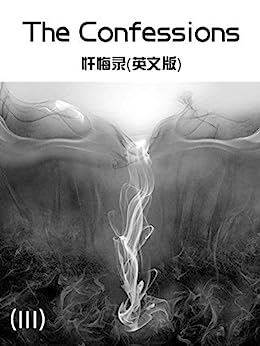 Back Cover
"[Wills] renders Augustine’s famous and influential text in direct language with all the spirited wordplay and poetic strength intact."

"[Wills’s] translations . . . are meant to bring Augustine straight into our own minds; and they succeed. Well-known passages, over which my eyes have often gazed, spring to life again from Wills’s pages."
—Peter Brown, The New York Review of Books

About the Translator: An expert on the early Church, Henry Chadwick is Master of Peterhouse, Cambridge. He is the author of such books as Early Christian Thought and the Classical Tradition and Augustine in the Past Masters series. _ --此文字指其他 kindle_edition 版本。

"[Wills’s] translations . . . are meant to bring Augustine straight into our own minds; and they succeed. Well-known passages, over which my eyes have often gazed, spring to life again from Wills’s pages." —Peter Brown, The New York Review of Books

From Mark Vessey’s Introduction to the Confessions

The Confessions stands in a unique relationship to the Western idea of the literary classic. Augustine’s most famous work challenges one of the supreme classicsof ancient Latin literature, Virgil’s Aeneid, the epic of Rome’s imperial destiny. It contends against that sacred Roman model in an idiom derived from the Jewish and Christian scriptures, texts with their own strong claim to normative status in cultures of the ancient, medieval, and modern worlds. In the Confessions we witness the collision of two mighty traditions of storytelling, alike devoted to the long-term dealing of god(s) with human beings and societies. This alone would guarantee the work’s historic interest. What makes it startling, even now, is Augustine’s attempt to tell a story of the entire human race throughout all time, in the first person singular.The example of Roman epic encouraged narrative ambition. The Hebrew psalms provided an alternative dramatic voice. To say much more than that is to say more than we can know for certain about the genesis of this strange and utterly original creation. For a long while after Augustine’s death, no one knew what to make of the Confessions. By the time we find readers responding to it with real excitement, between the twelfth and fourteenth centuries of the Christian era, they already resemble the modern selves we call our own.

“To Carthage then I came / Burning burning burning burning.” The mood and movement are Augustine’s, at the beginning of book 3 of the Confessions. As a Roman citizen of the late Empire, Augustine spoke and wrote in Latin. The English lines occur in a modern classic, T. S. Eliot’s The Waste Land (1922), arguably the most influential English-language literary work of the twentieth century. (Its nearest competitor would be James Joyce’s Ulysses,published in the same year, another composition that plays on a long tradition of poetry and myth from Homer forward.) In the explanatory notes that he added to his poem, Eliot acknowledged Augustine as a source, quoting the Confessions in the first translation ever made of it in English, by Tobie Matthew (1620). “To Carthage then I came” was Matthew’s rendering of Augustine’s “Veni Carthaginem.”

The Latin phrase had a special resonance for Augustine’s readers in the early fifth century. In the far-off days of the Roman Republic, Carthage had been Rome’s great enemy. A Carthaginian army under Hannibal once encamped beneath the walls of the city itself. “Carthage must be destroyed!” That was the famous refrain of the Roman statesman Cato in his speeches to the Senate. Ancient Punic Carthage was destroyed, politically and physically. The city razed, its territories became Roman possessions. But the rivalry lingered in historical and mythological accounts of the rise of Roman power.

In the time of Augustus Caesar, the first Roman emperor, the poet Virgil devised a prophetic storyline in which the Trojan refugee Aeneas, making his way to Italy under the gods’ direction to found the future nation of Rome, was hospitably received at Carthage by Queen Dido. Aeneas’ tale of the fall of Troy, told to Dido and her entourage in books 2 and 3 of the Aeneid, is the leading first-person narrative in Roman literature. Augustine, who composed mock speeches based on episodes in the Aeneid as a schoolboy and taught the poem to his own students for years afterward, would have known it by heart. After relating the wearisome journey of himself and his fellows down to the moment of his father’s death in Sicily, before the storm at sea that cast them on the shore of Dido’s kingdom, Aeneas comes to a stop. Having come to Carthage, he has no more to tell in his own person, and reverts to being the third-person subject of a poet’s tale. In the inner time of the poem, meanwhile, Dido has fallen fatally in love with her storytelling guest. Fatally, because the fate or destiny of Rome and Aeneas is against her. The hero will go on his god-driven way, leaving Carthage and its queen behind without so much as a word of parting. Abandoned and betrayed, Dido takes her own life. As the Trojans sail over the horizon, they look back and see the city lit up by her funeral pyre. It is also the reader’s last sight of Carthage in the poem, burning.

When T. S. Eliot was asked to give a lecture on Virgil in wartime London—another city lit by fire—he made his subject the question “What Is a Classic?” (1944). He answered it by claiming Virgil as the universal classic of European literature, and the Aeneid as the poem par excellence of European civilization. For Eliot, the Roman destiny of Aeneas already prefigured the Christian destiny of the Western nations after Rome. The idea was not altogether original; like others who appealed to Virgil as guardian spirit of “the West” during the dark years of the mid-twentieth century, Eliot was deeply indebted to Dante, the Christian poet who, in the Commedia (Divine Comedy) had taken the pagan Virgil as guide for part of his journey. Central to Eliot’s vision of the literary classic is a scene of poignant separation that is also a promise for the future. There are only two moments in “What Is a Classic?” when he refers to a specific place in a literary text. The first is when he remembers how the shade of Dido refused to speak to Aeneas on his visit to the nether world. That passage in book 6 of the Aeneid Eliot calls “one of the most civilized . . . in poetry,” because of the assurance that he found in it—in his own intuition of what Aeneas must have felt—that Virgil’s hero possessed a “consciousness and conscience” suitable to the forerunner of European civilization. The second moment occurs at the very end of the lecture when Eliot quotes the lines spoken by the figure of Virgil as he takes his leave of Dante in the Commedia,having, says Eliot, “led Europe towards the Christian culture which he [Virgil] could never know.” These twin scenes of Virgilian wayfaring provided Eliot in 1944 with the emotional grounds for a joint definition of the literary classic and of the Christian destiny of the West, one that appealed at the time to audiences on both sides of the Atlantic and whose echo has not yet died away. Neither scene, however, could have appeared in such a light without the intervention, between the pagan Virgil and the Christian Dante, of the wayfarer of Augustine’s Confessions. Augustine, not Virgil, created the plot of the “divine comedy” onto which Eliot and other post-Romantic readers of Dante would one day graft their personal histories of the West.And that is perhaps the best reason for rating this work a classic in the twenty-first century. To read the Confessions is to go back to a place in memory from which the most expansive projections of Western civilization have been made—the place that Augustine, like Virgil before and Eliot after him, calls “Carthage.”

LolaInMA
1.0 颗星，最多 5 颗星 Poor quality reprint... is this even legal??
2019年7月12日 - 已在美国亚马逊上发表
已确认购买
There is no publisher.. nothing to this but a photocopy of an original book... “made in the USA” “July 9, 2019” which is the day I ordered it!! There is no forward... no content page ... nothing at all but the text... which appears unedited... poor typeface... I am very disappointed. Be very careful as Amazon has grouped all the reviews from all the various “publishers” under one umbrella... Some reviews say they like ‘this’ edition but it’s likely not the edition you are selecting that they are referring to! The issue I bought and have reviewed has the blue, orange, red, white (sun ray effect) cover with SAINT written boldly in the title.
阅读更多
38 个人发现此评论有用

alan j. greczynski
5.0 颗星，最多 5 颗星 Understanding Augustine
2016年3月13日 - 已在美国亚马逊上发表
已确认购买
Augustine is an interesting person to say the least. Modern readers may have difficulty in understanding Augustine, for his world was very different but very much the same as ours. Augustine begins as a Christian then turns to Manichaeism. Manichaeism, like Gnosticism is competing with "orthodox" Christianity. Augustine is from the breadbasket of the Roman empire, North Africa. Thagaste, in modern day Algiers was a Christian city very different from modern Muslim Algeria. His mother Monica had a strong Christian background and looked to the day Augustine would "come around" back to Christianity. Growing up a "wunderkind" and attending the best schools gave Augustine a sort of "cockiness" to his character. Augustine had a relationship with a woman and a child by her (an almost "modern" relationship). It is in the parallels in our world (American empire) and the late Roman empire that is relevant for us today. Augustine, who is a deep thinker begins to ponder his own life and the life of the empire he lives in. He ponders the nature of sin, time and death. He comes back to Christianity and is baptized with his son. The death of his close friend and then son Adeodatus affect him greatly. These events, along with the "decaying" empire that is around him give rise to his work "City of God." Written in "Books" rather than chapters may seem odd to us moderns. His book Confessions is not an easy read for modern readers, but for those who seek his wisdom it is there.
阅读更多
73 个人发现此评论有用

nomemprunte
3.0 颗星，最多 5 颗星 A historical document best read in context
2019年12月26日 - 已在美国亚马逊上发表
已确认购买
When I first read this book nearly 20 years ago, I was struck by how brutally honest it is and how relevant it seemed given the age of the work. This particular version suffers for not giving context by including an introduction to the author or book. Also, I personally think that the translation could benefit from an update to make the syntax easier for the modern reader. If you are expecting a book that follows a strictly chronological flow you will be disappointed by the ancient Greek/Roman rhetorical approach. Among other things, Augustine tells of how the death of a friend changed his view of life, discusses the bachelor versus the married life, how a randomly read scripture brought conviction, peace, and confirmed his progression toward conversion, the weakness of the body and how this coincides with the idea of gratification, and describes feelings of emptiness and being led by his own passions, often against his will.
阅读更多
11 个人发现此评论有用