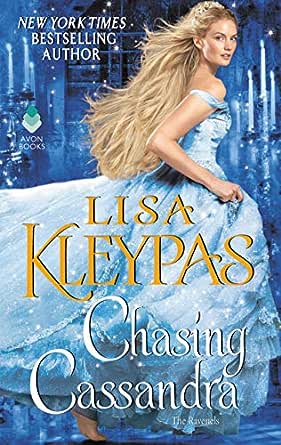 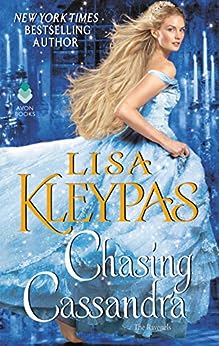 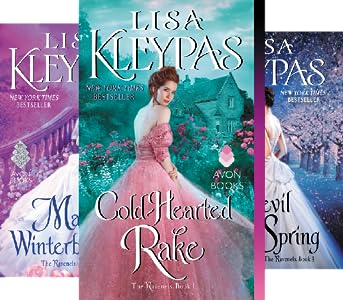 Deborah Conway
5.0 颗星，最多 5 颗星 Superb writing, five stars.
2020年2月19日 - 已在美国亚马逊上发表
已确认购买
I loved Tom and Cassandra so much. Lisa Keyplas writing is effortless sublime it really drew me into the story lines rom the beginning to the end. I am sad that I finished the book.
I highlighted so many sentences through out Chasing Cassandra, it had so many swoon worthy lines, funny sentences that give an insight to Cassandra and Tom. I think Tom has replaced Lord St. Vincent (Gabriel) and Pandora as my favorite couple for me, he was intrigued by Cassandra but didn’t like human emotions. Cassandra and Tom learning about each other was so special and led to so many great lines in the book. This book is five plus stars, an incredible story thank you Lisa Keyplas I absolutely loved this book.

I devoured this book in just over a day and was not disappointed. Tom Severin has officially dethroned Rhys Winterborne as my favorite hero from The Ravenels series by Lisa Kleypas. I am strangely obsessed with nontraditional heroes, anti-heroes and the likes; and I was praying the LK would give Mr. Severin a book since his first appearance in The Ravenels series.

I loved the pacing of this story, from the initial meeting between Tom and Cassandra, I knew they would be magic together. Every interaction between the two main characters left me with a smile. I absolutely loved the fact Tom, who honestly believed he was incapable of feeling, fell so obviously in love with Cassandra. This was evident in the fact that he always there for Cassandra, even after she initially rejected his proposal of a marriage of continence. Tom was a true hero to Cassandra in the aftermath of an attack and his story with Cassandra truly began.

I should also mention that I love Cassandra, she and Pandora, will always be my favorite female characters in this series. She was so lovely and kind and all she ever wanted was a family of her very own to love. She initially refused to "settle" for Tom, but through their interactions learned that their was far more to Mr. Severin than met the eye. Cassandra particularly shined when she defended, not only Tom to her family - when they were more than hesitant in accepting their potential relationship, but also her right to chose her own destiny.

The second half of the book was my favorite; the negotiation scene between Tom and Cassandra was hilarious and sweet, their subsequent marriage and the realization that they loved each other; all absolutely magical. A perfect romance, but what also could I expect from the queen of romance herself.

I adored getting to see the other characters from this series - and even characters from my other favorite LK series, The Wallflowers - featured within Chasing Cassandra. It's like catching up with old friends. I truly hope Lisa Kleypas' next series features more of the offspring from The Wallflowers (a girl can dream, right?).

Lisa Kleypas truly has a gift in her ability to transport us to other worlds and sweep us up in the magic and romance of it all. I love how Ms. Kleypas gives attention to the details of day to day life in the time period featured within all of her historical romance novels. I love reading fun facts throughout her story about specific locations, foods and traditions.