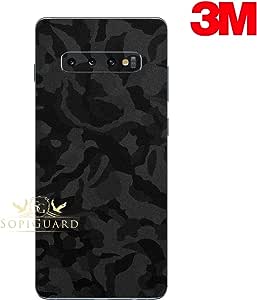 Derrick
3.0 颗星，最多 5 颗星 Doesn't fit, color not accurate
2019年6月26日 - 已在美国亚马逊上发表
已确认购买
In short, it didn't cover the whole back, the gun metal grey was really more silver, and that's only kind of what brushed medal feels like. If you're not a perfectionist then It probably wouldn't bother you, however "precision cut" is not the word I would use. The skin does protect your phone, it does mostly fit, and if you're in to skins and don't mind the gaps around the camera and such this could be an option for you I suppose.

1. In less short, the skin was not long enough to fully cover the glass on any of the sides. Every time I tried to stretch the vinyl out it would pull away from the opposite side, I have worked with vinyl before though I am not an expert.

3. The texture was awful, I purchased two different versions of this skin, neither of them fit and they both felt just wrong in the hand. I let several people hold my phone and no one liked either skin.

I originally thought that this brand was buying their skins from the same manufacturer as D-Brand but I hope that isn't true because I would hope that D-Brand would have better quality than this.
阅读更多

Ernesto Rivas
4.0 颗星，最多 5 颗星 Nice skin
2019年6月12日 - 已在美国亚马逊上发表
已确认购买
Pros: The skin looks very nice, especially when the sunlight hits it.
The skin adds extra grip on the back since it has a gloss finish to it.
Very easy to apply the skin.
Makes you not want to put a case on it.

Cons: not case friendly. the designs inside of my case that are used for drop absorption show on the skin and you can't rub them off so my skin is already scuffed up. That's the only gripe I have about this skin.

Update: the indentations from my phone case where it makes contact with the skin fade away over time. So when I take it out of the case and let the skin recover, it looks fine afterwards.
阅读更多
1 个人发现此评论有用

khulan erdenesaikhan
5.0 颗星，最多 5 颗星 Flexible installation yeeeey
2019年6月5日 - 已在美国亚马逊上发表
已确认购买
It was such a simple installation, but I messed it up haha. But guess what, I still managed to get it to look great. Just make sure that you do not peel it once it sticks. By peeling it, I made it longer at some sections, but you can actually ease them back to their position. My phone was slippery as heck, but now I am in control >:D haha!
阅读更多
1 个人发现此评论有用

Shauna S.
3.0 颗星，最多 5 颗星 Not really pretty
2020年2月7日 - 已在美国亚马逊上发表
已确认购买
Not like the photo, very blah gray with little sheen. I purchased the blue and green one.
阅读更多