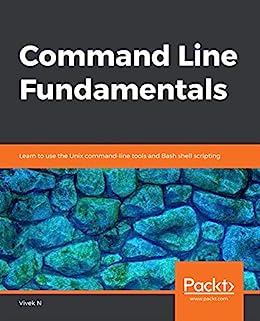 英语版本 Vivek Nagarajan (作者) 格式: Kindle电子书
|
分享
分享 <分享样章>
广告
显示所有 格式和版本 隐藏其他格式和版本
Master shell basics and Unix tools and discover easy commands to perform complex tasks with speed
Key FeaturesBook DescriptionThe most basic interface to a computer - the command line - remains the most flexible and powerful way of processing data and performing and automating various day-to-day tasks.
Command Line Fundamentals begins by exploring the basics, and then focuses on the most common tool, the Bash shell (which is standard on all GNU/Linux and macOS systems). As you make your way through the book, you'll explore the traditional Unix command-line programs as implemented by the GNU project. You'll also learn to use redirection and pipelines to assemble these programs to solve complex problems.
By the end of this book, you'll have explored the basics of shell scripting, allowing you to easily and quickly automate tasks.
What you will learnWho this book is forCommand Line Fundamentals is for professionals and students who use GUIs but want to understand how to use the command line to complete tasks faster.
Table of Contents
阅读更多
›  查看更多商品促销信息