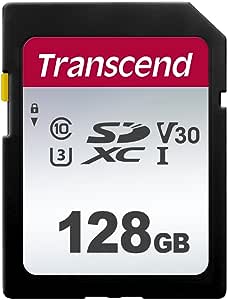 I got 2. Both write at 20 MBs and both read at about 82 - 84 MBs. Read speed is good enough but it's not even 1/2 the advertised speed for writing. I'm sure this will work fine with 1080p video recording, but I'm skeptical about 4K video recording. As long as the camera does the kind of compression that would be similar to the streams from a 4K, or UHD bluray then it should work, BUT, there is no way these are going to capture 4K video @ 50/60 fps which is what the newer DSLR's can give you. I think you'd have to stick with 24/30 fps. There are disks that write much faster than this, but of course cost more. I bought these because of the price and I assumed that I can at least trust the disk.

But, these need to be advertised with their REAL specs so that people know what they're buying. My camera is a bridge camera which records video at 1080p which is fine for my needs so these will work for me at least.

Edit. I checked the specs of LUMIX GH5 4K Mirrorless ILC Camera just for the fun of it, and different recording modes require bit rates of 150Mbps, 200Mbs and even some modes require 400Mbs. You can capture 1080 @60p using 10 bit color. Yes, it requires more bandwidth than this disk can give. The max this SD can handle is the 150Mbps rate for some modes. (20MBs * * 8 bits per byte = 160Mbps). Even a V30 SD can only handle up to 240Mbs, so it can't even handle the modes which require 400Mbs capture. You would need a V60 SD for capturing video on that camera for those modes that require it. So can this capture 4K video? Yes, in the modes that are capturing lower frame rates and 8 bit color. But this in NO WAY would be a good choice for a modern 4K DSLR. So know that when you are buying an SD card for your new 4K DSLR, you need one that is V60. When 8K video cameras become a consumer item, they'll need a V90 rated SD card.

Courtney
5.0 颗星，最多 5 颗星 Bang for your buck
2021年1月15日 - 已在美国亚马逊上发表
已确认购买
If you're looking for a memory card that'll still work after you accidentally rocket launch it into your coffee, Transcend is your guy!

Seriously though, I love this brand. Two of the 32GB cards came with my camera, and I loved those so much I finally bought a 128GB. Love the cards, and I've never had any issues with them.

Arnold
5.0 颗星，最多 5 颗星 Well packaged so I did't lose the little thing. Works as intended!
2019年7月12日 - 已在美国亚马逊上发表
已确认购买
I purchased the sims card for some cameras I purchased and thus far I have absolutely no complaints. The card came with a reader in a nicely sealed package. I carefully opened the package to retrieve the sims card inserted the card, formatted and put right to use. No problems to date and I would recommend.
阅读更多

Double D
5.0 颗星，最多 5 颗星 Great product and work great in game cameras. No issues. Will buy replacements again.
2020年2月20日 - 已在美国亚马逊上发表
已确认购买
These worked great in my game cameras when the thief’s could not find my cameras. :-/ Amazing how things are safe for the longest, then you get new neighbors and your things start growing legs :/ Grrr!
阅读更多