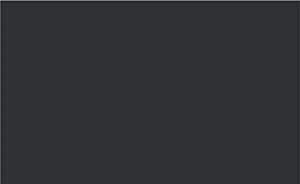 Janis Bell
5.0 颗星，最多 5 颗星 Pleasantly surprised
2018年8月30日 - 已在美国亚马逊上发表
已确认购买
I use Siser for my HTV vinyl but for this price I figured I would try the removable Siser. I had a public school teacher reach out on Facebook asking if anyone knew where they could get vinyl circles for the floor fo their classroom. Since I feel public school teachers are vastly underpaid, I offered to do this at no charge to her. I ordered both the blue and red. I was happy with the thickness of the Siser. It is a little thicker then the Oracal, so it would last longer in my opinion. I was also sent 12 x 24 sheets of 6 different other vinyls. A brand called Good-fix, that I was unfamiliar with. They were beautiful vibrant colors with wonderful textures. Couldn't go wrong for the price.
阅读更多
2 个人发现此评论有用

Jessica
2.0 颗星，最多 5 颗星 not that great in my opinion
2019年3月13日 - 已在美国亚马逊上发表
颜色: 黑猫已确认购买
I don't have much experience with vinyl but I bought this in white and black. The black had lots of markings on it, that i had to use windex on to get markings off and not all came off. The white just had markings on first outer roll but the black has been half way through. The white paper back sticks to vinyl after its been cut, i have set my cricut to less pressure but still happens but less but still. Biggest problem is it doesn't remove without leaving behind a gummy mess and leaving like a show of what was on there, like an indent due to gummy stuff. I was going to use as stencil for wood signs but can't do to this and if use just as vinyl then decide to take off you will be left with a gummy mess. Can't take off unless sand piece then need to repaints.
阅读更多

Dawn W.
1.0 颗星，最多 5 颗星 Smells awful!!
2019年3月2日 - 已在美国亚马逊上发表
已确认购买
It smells HORRIBLE!! It was very hard to peel the backing off and once you do it's all wrinkled but that doesn't really matter because the smell is so bad that I had to take it off and throw it away. Like a burnt smell or for lack of a better way to describe it..after a cat poops. Don't waste your money.
阅读更多

Momma of X&amp;Z
1.0 颗星，最多 5 颗星 Useless Vinyl
2019年11月12日 - 已在美国亚马逊上发表
已确认购买
Worst vinyl I have ever used. Cuts and weeds nicely but applying it to anything is next to impossible. It doesn’t come off the transfer tape, no matter the stickiness of the transfer tape. Waste of money.
阅读更多

WJ
3.0 颗星，最多 5 颗星 Harder to work with than other brands
2019年2月18日 - 已在美国亚马逊上发表
已确认购买
I won’t buy this brand again. The white backing made it hard to see what was picked, but my biggest complaint is that the backing would tear away and stay with the vinyl... so there were paper non-sticky pieces on my vinyl that I has to go back and pick away. The things I did like about this brand, I also like about other brands, so I will go back to other brands.
阅读更多
加入亚马逊Prime，从此免运费
亚马逊Prime会员可享海外购美/英/日/德跨境免邮，全年无限次！更有免费无限次阅读电子书服务
> 立即加入
了解我们
合作信息
支付方式
帮助中心和购物指南