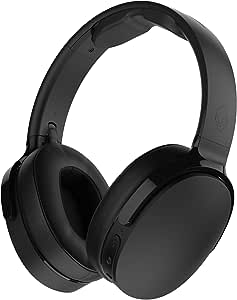 TricoK25
2.0 颗星，最多 5 颗星 I'm heartbroken... top - hardware, bottom - everything else
2018年8月4日 - 已在美国亚马逊上发表
已确认购买
I've been a loyal Skullcandy fan and user for about 6-7 years now... I don't know what to say right now except I've been heartbroken. I Love this brand too much to want any other and I promote this brand as if I'm a sponsored promoter. But this time I'm just really hurt, I bought 2 of these headphones (1 Gray, 1 Blue), and it's been less than 3 months that both of them has issues... I intentionally got the Hesh because they're durable (always have), but so far, after the blue pair showed battery issues, (which I didn't believe at first because I gave it to my girlfriend and I don't always trust her tech judgement), but now it doesn't charge anymore; and as for mine, the gray pair, although it has no tech problems, it broke when I was only putting it on my head (I'm known for having a large head so I understand the problem, but none of my Hesh 2 broke when fitting my head) I'm sorry for the long review but I'm just really hurt here.

Also, if anyone's reading this far, I want you to know that the sound quality is and always be Supreme; the Bluetooth strength is surprisingly amazing; and the battery length and notifications are wonderful (in the gray pair). And this is all due to the fact that it's a genuine Skullcandy creation.

steve nomes
4.0 颗星，最多 5 颗星 A good headphone but be careful with them....
2017年10月26日 - 已在美国亚马逊上发表
This review will be mostly against hesh 2 (which you can get now on amazon for $50 cheaper than these), but with my overall comments scattered throughout each category. I gave hesh 2 a 4 rating as well, i really liked those headphones but they had several major flaws, one being the massive blue blinking light that was always on with Bluetooth, the overall bulbous style that left a lot of room between side of head and the band, and comfort overall (they were okay for an hour or so but ear holes were too small and they would put pressure on your ears). But they had good sound, were build to last (have had for 2 years with moderate use and no issues), were cheaper and worked well overall.

Enter Hesh 3 Wireless. I was really excited for these headphones since i did enjoy the hesh 2 and was hoping they fixed some of the major flaws. The good news is they fixed almost every major flaw. The bad news is the introduced a few new things that may prove problematic over time.

Style
I got the dark black and these look very good. gone are the days of bright neon with flashly skullcandy logo. These look like your standard headphone and fit close to the head to give a much more standard design appeal. they look similar to the skullcandy crusher wireless if you are familiar with those.

Sound
I think the sound on these is pretty good, probably a little smoother than the hesh 2 as i didnt notice as much base but also the music sounded clearer. They seemed to be fine for most genres of music. Audiophiles probably would not like but why would you buy a skullcandy headphone then anyway?

Buttons
If you are familiar with other skullcandy headphones, the buttons on these are pretty much the same. there is up down and middle button, and they fixed the placement so that power button is now the middle button instead of at the bottom where you would accidentally miss it sometimes. Not much to say about the buttons, there are only 3. Also the blue tooth on indicator is much smaller and doesn't flash nearly as often. This is so much better than Hesh 2. Sometimes i had to double check if they were even turned on!

Build Quality
This is where i took a star off. The build quality on these seems very suspect. The entire outer casing directly around sides of the the ear muffs is plastic. And not the nice plastic used in other headphones like beats or sony, this is cheap glossy plastic that i could totally see breaking at some point if the user is not careful how they handle these. The headphones do fold which is nice for carrying but they have swivel hinges on the side that also are covered in plastic and seem like could also be a weak point with continued use. overall i was very disappointed in the build quality of these cans. For $129 at launch i think they could have upgraded to a little better plastic.

Comfort
Also a major plus. they really increased the ear hole size on these so it actually fits around your ears. once i got them adjusted properly i was very impressed with the comfort of these cans. the ear muffs are very soft and form to your ear right away, unlike hesh 2 that took several days of continuous use to break in the earmuffs so they were tolerable. the band is padded at the top and seems have no issue with pushing too hard against the head. overall these are very comfortable.

Battery Life
The charging port is on the bottom of the ear muff where it should be, and it works as you would expect. These are rated at 22 hours and i have yet to have to charge them again. very good battery life in comparison to hesh 2 with 15 hours (still respectable). They also have a charging feature that you can get several hours of use out of a 15 minute charge. very good as well.

Accessories
Sadly there is no carrying case or even a pouch like you got with the hesh 2. luckily they fold into a similar size as many other collapsible headphones, so i was able to fit them into a case i already had for a different pair. It comes with a charge cable and 3.5mm aux cable. The good thing about the 3.5mm cable is that the microphone still works even when battery is off. So if your out of juice you can still use microphone feature. I did try it once one my phone with aux cable plugged in and seemed to work fine. the other person did not have any trouble hearing me. i did not test the mic functionality with Bluetooth though.

Final Thoughts/Impressions
Overall this is a pretty good pair of headphones for the price range. I still think the sony xb650bt are the better way to go if you are looking for more base heavy, bluetooth only headphones. but these are okay for what they need to do. I like that Skullcandy improved on all the deficiencies of the hesh 2, but was disappointed with the plasticy build. Sound comfort and style, these are a good pair of headphones and thats probably what most people are looking for. Just be careful with them.

Alejandra Jimenez
1.0 颗星，最多 5 颗星 DO NOT BUY. Frames are extremely brittle, they have a manufacturing problem.
2019年4月16日 - 已在美国亚马逊上发表
已确认购买
After 3 months of use the frames broke on one side, very sad I fixed and reinforced it with resin.

A few days later the plastic next to the reinforcement broke too; so I fixed it too.

A few days later the other side of the plastic broke; shattered would describe it better, the plastic in that area was so brittle it cracked... it basically disintegrated and had to fill a large area with resin this time.

At this point I decided to fill the inner part of the frame with resin to help it prevent future problems, but the plastic is of such poor quality that a week later another part also disintegrated.

I had theMesh 2 for over a year without issues, they were extremely durable; I bought this as an "upgrade" but these version not only looks cheap, it's so brittle that they feels and looks like the plastic used for disposable headphones on airlines.

I saw I'm not the first one with this issue, so either Skullcandy should make a full recall of this defective product or this seller is selling some knock off.

Either way I hope I could get my money back.
阅读更多

Devin
3.0 颗星，最多 5 颗星 Died after 32 days
2018年7月20日 - 已在美国亚马逊上发表
已确认购买
Died 32 days after delivery. I have have never had a pair of headphones die this quick. They come with a two year warranty but I have to pay to ship them back.
Update 1 month later skull candy has acknowledged my warranty claim but I still have no idea when they will ship back new headphones or repaired headphones. And I am still out shipping costs which amounts to about 15% of the purchase price.

Update: replacement headset seems to be operating as expected. Updated from 1 to 3 stars, might have been higher but I'm still pissed about the shipping costs on the warranty return.
阅读更多
40 个人发现此评论有用
加入亚马逊Prime，从此免运费
亚马逊Prime会员可享海外购美/英/日/德跨境免邮，全年无限次！更有免费无限次阅读电子书服务
> 立即加入
了解我们
合作信息
帮助中心和购物指南