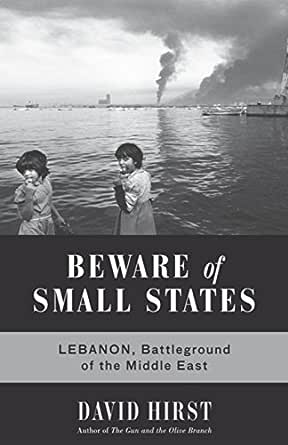 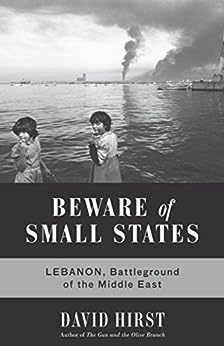 David Hirst was for many years the Middle East correspondent of the Guardian. His seminal book on the Arab-Israeli conflict, The Gun and the Olive Branch, has been in print for thirty years. --此文字指其他 kindle_edition 版本。

Jon Micheal Swearingen
5.0 颗星，最多 5 颗星 Seminal
2012年10月27日 - 已在美国亚马逊上发表
已确认购买
This book, in any future survey of lebanon, will be a seminal read for the historical context of the not only Lebanon, but the Levant of the MiddleEast. It is a beautifully researched subject by the author and complete in its historical scope. I have read a few reviews commenting on the books critique of Isreal, and I all I can say about that is much of the posturing and context isreal is put in this book is done by either the words and memoirs of isreali's themselves or from declassified documents from isrealis Gov't or military achives, so any criticisms could hardly be the fault of the authors, nor should it be a reflection upon the historical rigor of the book.
阅读更多
2 个人发现此评论有用

Desertwriter
5.0 颗星，最多 5 颗星 the ULTIMATE history of the Middle East from Ottoman transition to present!
2010年3月22日 - 已在美国亚马逊上发表
已确认购买
At first I was unsure how Hirst could top his heroic Gun and Olive Branch:Roots of Violence in the Middle East...thinking that for 3 decades, with updates and a long desired comprehensive collection of all three editions in one, published in 2003, with a new 50,000 word forward, which brought the reader from the late 1980s (2nd edition) to the present decade-- the period leading up to the US invasion of Iraq in 2003, including insight into evangelistic Christian Zionism and their enmeshment --(concept of Zion and return for Jews)....the exclusion of the narrative of indigenous amended ...and events which led up to the British (who were in a "partitioning state of mind" across their Empire at that point in time)....Partitioning of Syria-Palestine-Transjordan-Levant along with the French as 'spoils" from their defeat (which would never have been possible in all likelihood, except for the unified power of the Arab clans from Hijaz and across the Arab world at the time )...conniving and treachery dealt via betrayal against the Arabs who longed for independence.
Here, in Hirst's latest opus...he picks up from that period...carefully documented presenting the reader with events and players within the Levant prior to 1919 Paris Peace conference --replete with Weizmann quotes and forward.
It must be read... an absolutely essential comprehensive "BIG PICTURE" epic history, in the same way that David Lean's "Lawrence of Arabia" did. .the era & series of events and schemes and epic historical narrative that will open minds & rip veils from the eyes of those who remain uninformed --whether as a result of inadequate public education in north america as well as the infinitely well oiled & funded propaganda machines that have driven North American ignorance for more than a century..
There is no question that this author is the "Laureate of M/E history"....not merely the Dean, as Hirst has long been considered. Put aside all current readings on the region...clear the decks...and desks, kindles, laptops but make time for this retrospective historical accounting, as no other will enrich, inform, educate and awaken. Brilliantly researched using regional archives and beyond. READ THIS BOOK...give it as a gift to family, associates and friends....Many Blessings to David Hirst for providing readers with blue print and text to finally arrive at this comprehensive beautifully written book, which hands Obama administration an unsparing review of what could lie ahead without the strictest adherence to the lessons of the past... & to Nation Press for publishing this stunner. Bravo!!