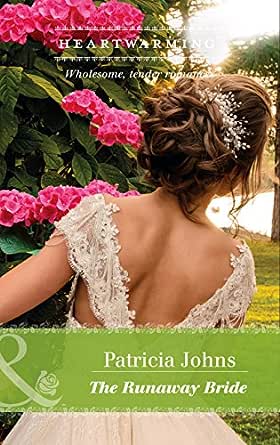 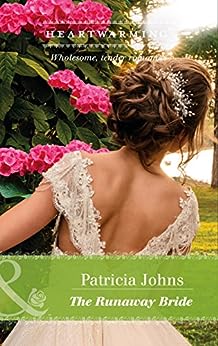 Patricia Johns writes from Alberta, Canada where she lives with her husband and son. She has her Honors BA in English Literature and has written in other genres under different names before coming to Harlequin. She loves prairie skies and time with her family.

Kate Vale
5.0 颗星，最多 5 颗星 Politics and family connections make for a great story
2017年6月7日 - 已在美国亚马逊上发表
Bernadette Morgan, an heiress to a NY scion with political ambitions for his family, meets a car mechanic, Liam Wilson, when her Rolls-Royce breaks down shortly after she rumbles into the little town where her aunt lives. Thus begins a series of questions the reader is asked to find answers to, beginning with why Bernie has left her fiance at the altar (you can guess after what she sees he's doing with the woman he told her was an old flame, now burned out--not so much, I guess).

As if that wasn't enough, Liam is now caring for the little boy his late wife gave birth to after having an affair with Bernie's uncle, another sleezeball politician. Liam is coming to love the boy and while he's his official guardian, he fears that the biological father may take the boy away--if only to prevent his presence from becoming known to his continuents.

But the real meat of this story is the examination of relationships: specifically, the differences between foster care, adoption, and biological linkages. Liam was a foster kid and he knows and felt the difference between being a thrown-away kid and one who might have been adopted. Bernie thinks she was born into that wealth that has always surrounded her--until she discovers that she was, in fact, torn from her birth mother and adopted by that couple she has always thought were her parents.

Both Liam and Bernie want to protect little Ike from what Liam endured. But how can Bernadette, who was the reason Ike's now threatened, protect him and those unexpected feelings that she now has for Liam, and he for her?

This book kept me up all night with both the questions it raised, the answers it ultimately provided and the sensitivity with which it dealt with things so very close to the current political situation many of us are now watching unfold. A great story.

Crystal_Dark
5.0 颗星，最多 5 颗星 Harlequin Heartwarming: The Runaway Bride
2018年2月23日 - 已在美国亚马逊上发表
The Runaway Bride was a really fun and interesting story with great characters and unexpected plot twists that keep the readers attention and draw you into the story. I enjoyed getting to know all the characters and watch how they developed as well as all the different relationships. I loved Ike and thought he was really cute and had a lot of fun watching Liam try to navigate becoming a father for Ike as well as seeing Bernie blend into their makeshift family throughout the story. This was the first book from the Harlequin Heartwarming Imprint that I have read and I really enjoyed it and look forward to reading more both from this author and this Imprint in the future.
阅读更多

Swedenmom
5.0 颗星，最多 5 颗星 A road of surprises and twists in a very enjoyable read.
2017年6月20日 - 已在美国亚马逊上发表
BUY BUY BUY BUY BUY!
A actual superb read! I am not a fan of contemporary however, after this read, I need to write this author on my list of keep track of! I had only one tiny gripe....... The fiance and his comeuppance! Other than that.... A super engaging read. Complex at times, layers that you cannot imagine and surprises that you can not believe! Passionate and compassionate, and truly gripping! I was given this book in return for an honest review. Anna Swedenmom
阅读更多
加入亚马逊Prime，从此免运费
亚马逊Prime会员可享海外购美/英/日/德跨境免邮，全年无限次！更有免费无限次阅读电子书服务
> 立即加入
了解我们
合作信息
帮助中心和购物指南