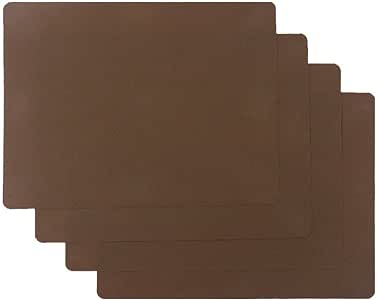 It's That Guy Phil
1.0 颗星，最多 5 颗星 DANGEROUS... caught my kitchen on fire
2019年9月28日 - 已在美国亚马逊上发表
已确认购买
I was cooking on medium heat on a burner, These mats were covering the other unused burners. Nearby, I had an acrylic container, but not close to the burner. After I checked my food, I turned around for 1-2 minutes. I suddenly saw smoke and turned back around to see flames. At first I thought maybe it was a grease fire, or somehow something fell onto the burner. As it turned out, the edge of this supposed "heat resistant" silicon mat had caught fire and quickly spread it to the acrylic container, which had been a slow burn but became quite determined, as it was plastic and not so easy to put out.

After I put got things into the sink, I still tought something else had caused the fire, until I looked down at the mat, shown here, which was still on the stove, on the side where the container was. As you can see, it is melted through, with half of it burned. The other mat is almost completely gone, as it got stuck to something else that began to burn as well.

Quite a scary situation... considering I bought these for their heat resistance, and the supposed ability to use these to cover your stove, even if it's still hot. In my case, it was not on the heating burner, so this makes it more bizarre and dangerous. Thankfully the rest of the house didn't catch fire, as I was able to put it out before the flames reached the walls (I have a tile backsplash and a hood just above it).

Fawntastic
5.0 颗星，最多 5 颗星 Good Grip Combined with Near Invisibility
2017年6月4日 - 已在美国亚马逊上发表
已确认购买
These mats are exactly what I was looking for. They are nearly invisible. They have good grip. Since there are 4 in a pack, I found uses around the house for all 4 solving some other problems I had.

Be aware that they are quite thin. In my situation, they still worked fine for me. I needed grip combined with invisibility.

It says they can be used for baking. I haven't used them for that, so I'm not sure how well they do for that purpose.
- They do well to hold items in place.
- I also use a couple for my cat's feeding dishes. It holds the dishes in place for her and I can wash them keeping this area sanitary for her.

2bMimi
5.0 颗星，最多 5 颗星 They Can Take The Heat!
2019年7月24日 - 已在美国亚马逊上发表
已确认购买
Needed a heat resistant silicone mat to cover the rust stains on my husband’s stainless steel Green Egg cart. Despite not being the length that I needed, these fit the bill because there were two in each pack. I simply lined one over the other to get the desired effect I needed and it’s hardly noticeable.

As for quality, they *are* thin like paper. However, they have done extremely well enduring countless hours of radiant heat as they are placed very close to a very hot Green Egg. My husband has placed hot and cold trays of meat on them and that too, has not been a problem.

Also, will note that I’ve cleaned them with Lysol Wet Wipes and the greasy grime came off with no effort and the mats returned to their original look once they dried. Overall, I'm pleased because they’ve managed to do well next to extreme heat, they cover the rust stains on the cart so they look nice and they clean up with little effort. The only thing that would make this better for me would be if they were a little thicker and offered more sizes.

Evie
5.0 颗星，最多 5 颗星 I really like it!
2017年10月19日 - 已在美国亚马逊上发表
尺寸: 15.75*11.81 Inch颜色: 咖啡馆已确认购买
I like this I was thinking of taking a star off because they gave me a set that was different color from my order so I have 2 sets the color I ordered and 1 set a dark brown color but I thought just give them 5 for how much I like it.... my family always spill something on the table cloth so I use this as a place mat then the extras I use to protect the counter from getting scratched and it dampen the noise when you set something on the counter. Never tried baking with it though.
阅读更多

cac
1.0 颗星，最多 5 颗星 Stained in 1 week
2019年5月2日 - 已在美国亚马逊上发表
已确认购买
Save your money, these are not pure silicon otherwise they wouldn't have permanently stained in less than a week.
阅读更多