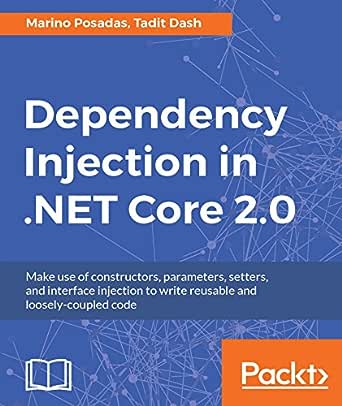 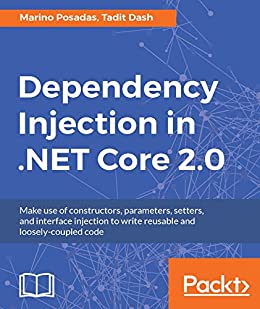 Sam S
1.0 颗星，最多 5 颗星 Extremely difficult and painful to read as well
2018年3月2日 - 已在美国亚马逊上发表
已确认购买
I bought this book based on all the positive reviews. Now I know they are fake. This book is the 1st book that actually made my blood boil. It's constantly referencing wikipedia - what?! I spent $50 to get links and snippets copied straight from wikipedia?? I don't know how many times I read "We know from wikipedia...", "As wikipedia says...", "We can see from wikipedia.." If it's not wikipedia then it's copying straight from the microsoft documentation.
Extremely difficult and painful to read as well. Most sentences have 5 to 6 commas. Either it wasn't proofread or a new editor and proofreader is needed. The only good I learned is that now I know to never buy another book from this author and publisher.
Save your money and just go straight to wikipedia. It's free.

Westport
5.0 颗星，最多 5 颗星 At the top of my list for anyone looking to build apps in .NET
2017年11月22日 - 已在美国亚马逊上发表
已确认购买
Great book for developers looking to get it right the first time. I highly recommend.
阅读更多
1 个人发现此评论有用

Felix
4.0 颗星，最多 5 颗星 One of the better books on Dependency Injection and related topics
2017年12月26日 - 已在美国亚马逊上发表
While not perfect, it exceeded my expectations. I was thinking - what can a book on DI in .NET Core say? "It's supported out of the box; so you don't need to worry about"? Or go into theoretical depths of SOLID principles? It did a little bit of both, but it expanded into much more. The good thing - most of "detours" were relevant, and the code examples demonstrated how other principles (SRP, Open/Closed, Composition vs Aggregation) apply to Dependency Injection.
I also liked the fundamental discussion of Dependency Injection vs Dependency Inversion vs Inversion of Control.

There are a number of things I *didn't* like (but maybe it's me - your mileage may vary):
I wanted to see more on Aspect-oriented programming. .NET implements it in a unique way - so the book that has .NET Core in the title could go in more details
Same on interception. The discussion about Filters and Middleware was too high-level.
And most important example of DI in .NET - Entity Framework, and how it enables unit testing didn't even get a mention...

Obviously, every book has page limit, and authors can't cover everything. But I would take away chapters on the libraries that .NET Core made obsolete, such as Castle Windsor and Ninject and many others.

But the biggest space savings would come by dropping Chapter 10 altogether - annoying story about Angular and DI in Angular. Don't get me wrong - I love Angular! I just don't like how it was covered in the book - unhelpful for someone who *doesn't* know Angular, and useless for someone who *does*!