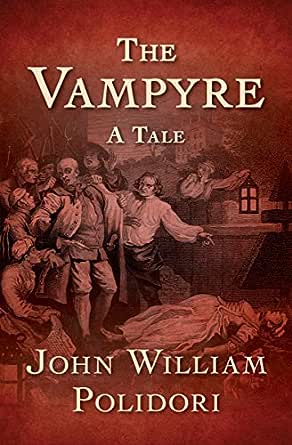 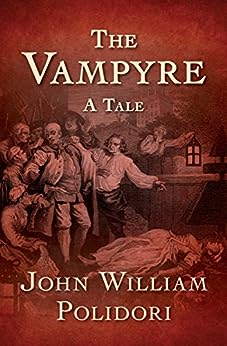 Polidori was one of the earliest pupils at recently established Ampleforth College from 1804, and in 1810 went up to the University of Edinburgh, where he wrote a thesis on sleepwalking and received his degree as a doctor of medicine on 1 August 1815 at the age of 19. In 1816 Dr. Polidori entered Lord Byron's service as his personal physician, and accompanied Byron on a trip through Europe. Publisher John Murray offered Polidori 500 English pounds to keep a diary of their travels, which Polidori's nephew William Michael Rossetti later edited. At the Villa Diodati, a house Byron rented by Lake Geneva in Switzerland, the pair met with Mary Wollstonecraft Godwin, and her husband-to-be, Percy Bysshe Shelley, and their companion (Mary's stepsister) Claire Clairmont. One night in June, after the company had read aloud from Fantasmagoriana, a French collection of German horror tales, Byron suggested that they each write a ghost story. Percy Bysshe Shelley wrote "A Fragment of a Ghost Story" and wrote down five ghost stories recounted by Matthew Gregory ("Monk") Lewis, published posthumously as the Journal at Geneva (including ghost stories) and on return to England, 1816, the journal entries beginning on 18 August 1816. Mary Shelley worked on a tale that would later evolve into Frankenstein. Byron wrote (and quickly abandoned) a fragment of a story, "Fragment of a Novel," about the main character Augustus Darvell, which Polidori used later as the basis for his own tale, "The Vampyre," the first published modern vampire story. Dismissed by Byron, Polidori travelled in Italy and then returned to England. His story, "The Vampyre," which featured the main character Lord Ruthven, was published in the April 1819 issue of New Monthly Magazine without his permission. Whilst in London he lived on Great Pulteney Street (Soho). Much to both his and Byron's chagrin, "The Vampyre" was released as a new work by Byron. Byron even released his own "Fragment of a Novel" in an attempt to clear up the mess, but, for better or worse, "The Vampyre" continued to be attributed to him. Polidori's long, Byron-influenced theological poem The Fall of the Angels, was published anonymously in 1821. --此文字指其他 kindle_edition 版本。
click to open popover

Gene Stewart
4.0 颗星，最多 5 颗星 High Verbal Horror
2018年12月5日 - 已在美国亚马逊上发表
已确认购买
Written at the same gathering at which Mary Shelley wrote Frankenstein, Polidori’s “The Vampyre” is a short story of convoluted but beautiful sentences, mostly narrative, that condense what could easily be a novel, and it ends in tragedy and loss.  Filming it would be superb, if Kubrick were alive. It is eventful, with twists and turns, and scenes and people are well-drawn. If you like old-fashioned intelligent prose, this is some of the best. / Gene Stewart
阅读更多
5 个人发现此评论有用

Carol
4.0 颗星，最多 5 颗星 Very early 1819 vampyre tale
2019年7月16日 - 已在美国亚马逊上发表
已确认购买
Believe it or not....this real oldie of a vampyre tale has no bloody gore. First published in 1819, it begins with a very interesting introduction pertaining to historic vampyre beliefs around the world, one I had never heard, about how to rid yourself of the evil.

THE VAMPYRE is also a product of the competition that produced Mary Shelley's FRANKENSTEIN.

As the story begins.....we first meet Aubrey, a handsome recently orphaned and now wealthy young man and his only sister....ready to come out. Not a fan of society parties, Aubrey leaves his sister in the hands of guardians and heads off in search of antiquities with a curious new traveling companion, Lord Ruthven.

When evil shows its ugly face, Aubrey parts ways with the Lord....but that's not the last he sees of the strange man with the dead grey eye and alluring presence.

A bit of a love story, and a warning from the dead...."Remember your oath.".... makes for a great classic end.

SK
2.0 颗星，最多 5 颗星 Meh.
2020年3月18日 - 已在美国亚马逊上发表
已确认购买
Always fun to read a classic, but this little short story was pretty bland. Not that I expect a new twist on vampires from literally the first vampire story ever written, but it's just hard to feel suspense about the most basic version of a story that has now been told 1,000 times in 1,000 different ways.

The writing, while eloquent, and a beautiful product of its time, isn't very detailed or descriptive. The author basically just tells you what happens relatively plainly (albeit it with very articulate language.) Sometimes describing a single action, other times covering days, weeks, or months in the span of just a few sentences.

If you want to read it just to say you did, then go for it. But don't expect any surprises, thrills, or gripping suspense.
阅读更多
1 个人发现此评论有用

Dude Breitbarth
1.0 颗星，最多 5 颗星 This is not a book. It’s a50 page pamphlet.
2019年6月21日 - 已在美国亚马逊上发表
已确认购买
B warned. This is NOT a book. It’s a little pamphlet. It’s 50 pages long. It’s a little pocket pamphlet not a book like I thought I was ordering so I bare responsibility for not doing my research. Just wanted to warn everyone. Unless it’s under $1 it’s not worth ur money.
阅读更多
4 个人发现此评论有用

Kindle Customer
5.0 颗星，最多 5 颗星 The Original Vampire
2018年12月18日 - 已在美国亚马逊上发表
已确认购买
Great little short story that started the vampire obsession. The Original Vampire before Count Dracula entered stage left. It is fun to read the original version and to see how the vampire craze has evolved. Very similar to common versions. The language is a little dated but that is part of the fun..
阅读更多
3 个人发现此评论有用
加入亚马逊Prime，从此免运费
亚马逊Prime会员可享海外购美/英/日/德跨境免邮，全年无限次！更有免费无限次阅读电子书服务
> 立即加入
了解我们
合作信息
帮助中心和购物指南