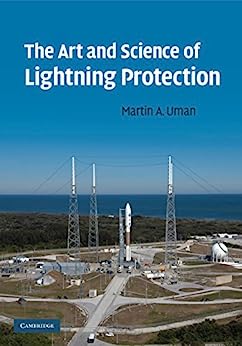 英语版本 Martin A. Uman (作者) 格式: Kindle电子书
|
分享
分享
广告
显示所有 格式和版本 隐藏其他格式和版本
A lightning strike to an unprotected object or system can be disastrous - in the United States lightning is responsible for over 30% of all electric power failures, causes billions of dollars' worth of property damage, and an average of 85 fatalities a year. This accessible text describes all aspects of lightning protection and includes many illustrative drawings and photographs. The author examines the physical behavior of lightning, various types of lightning damage, the role of lightning detection and warning in effective protection, as well as options for deflecting or eliminating lightning. U.S. and international lightning protection standards are discussed. This book will be essential reading for everyone involved in the business of lightning protection, including meteorologists, atmospheric scientists, architects, engineers, and fire-safety experts. Insurance practitioners and physicians will find this reference of significant value.
阅读更多
›  查看更多商品促销信息

Review of the hardback: 'The greatest strength of this text is that it is written by the most authoritative lightning scientist/engineer in the world who brings over 40 years of research and teaching in the field, with over 200 reviewed papers and several previous books on lightning … There is no one in the world more qualified to write this book. … There are no other books, in my opinion, that compete with this publication. Uman is the most competent individual to write this book, which fills a gap between the advanced text that he coauthored with Rakov and his introductory popular book, All About Lightning, published by Dover Publications in 1986. I recommend this book without any hesitation.' Bulletin of the American Meteorological Society --此文字指其他 kindle_edition 版本。

Martin A. Uman is Distinguished Professor in the Department of Electrical and Computer Engineering at the University of Florida. He is generally acknowledged to be one of the world's leading authorities on lightning, and has been the recipient of numerous awards for his work including the 2001 American Geophysical Union John Adam Fleming Medal and the 1996 Heinrich Hertz Medal by the Institute of Electrical and Electronic Engineers (IEEE). Professor Uman has written several previous books on the subject of lightning including Lightning: Physics and Effects co-authored by Vladimir A. Rakov (Cambridge University Press, 2003). --此文字指其他 kindle_edition 版本。

G. E. Balch
4.0 颗星，最多 5 颗星 Lightning Protection
2012年7月19日 - 已在美国亚马逊上发表
已确认购买
When engineers write, they sometimes assume the reader has a vocabulary and training to match their own, and engineers really do need a good editors, as they are not very good with language. It would have been helpful if terms had been introduced as he went along. As it was the definitions of words were scattered through the book many times given after the words are introduced. For instance, an air terminal is a lightning rod and the term is used in the first through chapters, but defined half way through the book. I also had trouble with leaders, electrical paths established through air that conduct the lightning. These behave like pulses of direct current, always with the same direction of current flow. He also uses some integral and differential calculus as definitions of the nature of lightning, but not in any actual calculations. He uses graphs to show actual data. If he is going to use calculus for his definitions, he should have also given a written description. I had to read the book a few times to get the vocabulary before I could understand it. However, having said the above, if you are going to understand lightning, then I recommend this book. You can ignore the calculus, read the book several times taking a few notes as you go and have a good grip on the subject.
阅读更多
2 个人发现此评论有用

John Gookin
5.0 颗星，最多 5 颗星 great lightning science book
2010年4月26日 - 已在美国亚马逊上发表
已确认购买
This book is very good at covering a lot of basic lightning science related to lightning protection systems. It is written for scientists, engineers, and others who deal with systems that protect buildings, aircraft, and the people inside them from lightning. Some parts of the book require pretty good math skills to use them, but other parts are readable by non-experts.
阅读更多
5 个人发现此评论有用

John F. Herbster
4.0 颗星，最多 5 颗星 Good reading for electrical engineers.
2014年12月25日 - 已在美国亚马逊上发表
已确认购买
As an electrical/electronics engineer, I learned a lot from this book. It could have been more comprehensive and twice as thick.
阅读更多