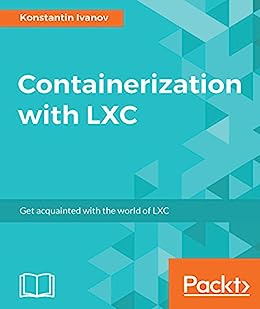 In recent years, containers have gained wide adoption by businesses running a variety of application loads. This became possible largely due to the advent of kernel namespaces and better resource management with control groups (cgroups). Linux containers (LXC) are a direct implementation of those kernel features that provide operating system level virtualization without the overhead of a hypervisor layer.

This book starts by introducing the foundational concepts behind the implementation of LXC, then moves into the practical aspects of installing and configuring LXC containers. Moving on, you will explore container networking, security, and backups. You will also learn how to deploy LXC with technologies like Open Stack and Vagrant. By the end of the book, you will have a solid grasp of how LXC is implemented and how to run production applications in a highly available and scalable way.

Konstantin Ivanov is a Linux systems engineer, an open source developer, and a technology blogger who has been designing, configuring, deploying, and administering large-scale, highly available Linux environments for more than 15 years.

Konstantin received two MS in Computer Science from universities in Bulgaria and the United States, specializing in system and network security and software engineering.

In his spare time, he loves writing technology blogs and spending time with his two boys. He can be reached on LinkedIn at https://www.linkedin.com/in/konstantinivanov or on his blog at http://www.linux-admins.net/.

Sean Embry
5.0 颗星，最多 5 颗星 Expert
2017年5月15日 - 已在美国亚马逊上发表
已确认购买
If you need to know containerization, this is the go to source for you. Konstantin knows his stuff and with a clear and incisive writing style, makes sure you know it to.
阅读更多
3 个人发现此评论有用