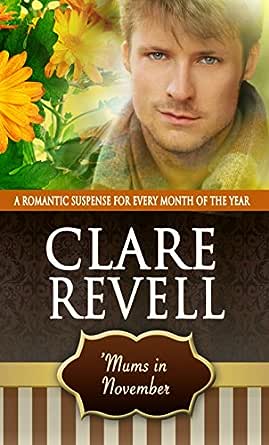 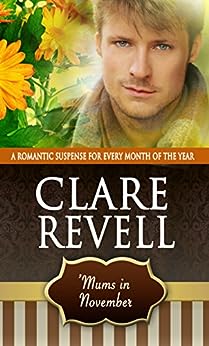 'Mums in November: A Romantic Suspense for Every Month of the Year (Flowers Can Be Fatal) (English Edition) Kindle电子书

Lisa J. Lickel
5.0 颗星，最多 5 颗星 Loved this story
2020年2月29日 - 已在美国亚马逊上发表
After reading several stories in the series and wondering about the American who seems to be everywhere, saving people and generally being part of the community, we finally get to his story. It’s worth the wait, readers! Jackson Parker is full of surprises. Having been raised as the son of a foreign diplomat, he had a lot to overcome and to prove to his classmates. Although smart, he tended to act up and act out in all the wrong ways. The girl he wanted most to approach back in their school days, Amber Neville, seemed out of reach…and then Jackson and his family moved again.

The two of them receive the surprise of a lifetime when Amber turns up in the small village Jackson returned to after getting his medical education and license. She’s been a nanny to a high-powered family and is looking for another job in this tucked-away place. Jackson wastes no time in letting Amber know that now he’s grown up he’s not repeating his past and letting her get away without even getting to know her. Amber is on edge, and Jackson wants to help her. When a dangerous allergy gives him the opportunity to come to her rescue, Amber’s heart is lost. Jackson unwittingly opens an ugly can of worms when he asks his cop brother to do a background check. Unsure what to believe and how to help, Jackson continues to pry until Amber can’t hide any longer. By then it might be too late for both of them.

Lots of twists and turns make this sweet little suspense a page-turner. Told from both points of view I was often shaking my finger at the mean cops and the horrifying situation these poor people were involved with. Those who love clean romantic suspense will love this story.

Ellen Oceanside
5.0 颗星，最多 5 颗星 Delightful Story
2020年4月24日 - 已在美国亚马逊上发表
Delightful story of Jackson and Amber and what they were twenty years ago, is so much different now. They are no longer the brash, pulling stunts.
She has secrets, when her life is in peril, Will Jackson as a doctor be there to help. Good story and narration. Given audio for my voluntary review and my honest opinion
阅读更多