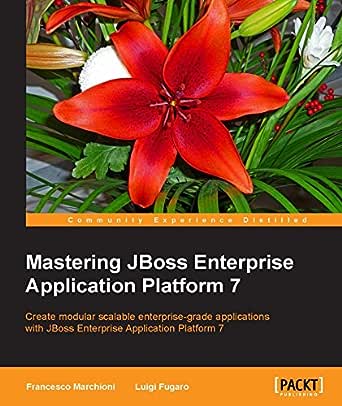 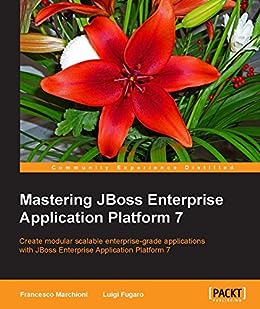 Francis
1.0 颗星，最多 5 颗星 Very poorly written.
2016年10月1日 - 已在美国亚马逊上发表
已确认购买
Hardly any diagrams to explain the concepts. Many keywords appear before they are explained. And a lot of cutpasted screen outputs that are irrelevant to the context.
阅读更多
1 个人发现此评论有用

Amazon Customer
5.0 颗星，最多 5 颗星 Excellent pragmatic advice
2016年10月19日 - 已在美国亚马逊上发表
Being a longtime user and admin of the JBoss/WildFly Application Server since its early days, I recently bought a copy of the most current book on that topic: “Mastering JBoss Enterprise Application Platform 7” by Francesco Marchioni and Luigi Fugaro, to keep me up to date. And I was not disappointed, in fact, I was delighted by this appealing combination:
1. This book is written by experts on the subject who easily explain even complex topics with clean and pragmatic examples
2. There are new important features of JBoss which are of course presented in the book. Many of them have been in earlier versions of JBoss but have now matured to be ready to be used in production.

What I really like is the strong focus on JBoss CLI instead of the Web-UI, because the CLI is what helps you most: at the end of the day, you want to automate as much of your configuration as possible. After all, that’s what computers are for…

I admit that during the chapters on standalone and domain mode, I missed one or two real world scenarios where domain mode fits better than standalone mode. What are the benefits of having just one deployment for all servers in a domain in contrast to a clustered standalone configuration, where I could run different deployments at the same time for example to achieve a smooth migration?

But to me, the most exciting chapters are the ones about security and the integration with Kerberos and LDAP: if you have a lots of cloud instances, you definitely need a central system for authentication and authorization like those two. It was there in the past but not the best documented area of JBoss. Now finally this book comes with excellent examples and includes even a section about the ultimate killer feature: Single Sign On (SSO). Every day at work I am really missing SSO so much and often I encounter Semi-SSO where the same credentials work for several systems, but they have to be entered manually into each of them. And here I see clear advantages of JBoss EAP 7 over just runnable jar-files like Spring Boot or other embedded web servers: it’s already bundled and tested with JBoss and now, with this new book, the configuration is not secret anymore. After that, the authors even give a preview of these features in the next release of JBoss EAP, which uses the new Elytron security framework instead of Picketbox. And this does not stop with human users but think of all the system users, too: modern distributed systems where many RESTful services are called which are traditionally cumbersome to secure, but the integration with Kerberos/LDAP offers again an elegant solution. So if you are thinking about your new microservices architecture, this is one imported building block, if you want to be in control of exactly who can use your services.

Finally, the book closes with two chapters on running the application server in Docker containers and in the OpenShift cloud. Again, these chapters come with detailed examples to get you up and running quickly.

Maybe a chapter about how to run automated tests with an application server would have been nice, since everybody has nowadays a delivery pipeline or how to debug java ee7 applications in an IDE where Spring Boot has a long time advantage.

To make a long story short, if you want to take a deeper look at a real state of the art application server, this book is an excellent guide that I can clearly recommend.

Shaun
5.0 颗星，最多 5 颗星 A top notch and relevant book
2016年9月26日 - 已在美国亚马逊上发表
There's a lot of detail in the book, yet it is easy to understand and uses illustrations well. The authors and reviewer have done a great job in covering so much in such a small space. It will be great for those who are new to EAP as well as being a useful reference guide for the more experienced and those migrating from EAP 6. This book covers all you need to know about EAP as well as an introduction to using EAP 7 with Docker and Openshift. If you are interested in becoming an JBoss EAP 7 master - this is the book for you.
阅读更多
加入亚马逊Prime，从此免运费
亚马逊Prime会员可享海外购美/英/日/德跨境免邮，全年无限次！更有免费无限次阅读电子书服务
> 立即加入
了解我们
合作信息
帮助中心和购物指南