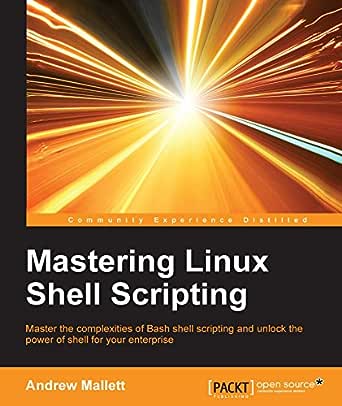 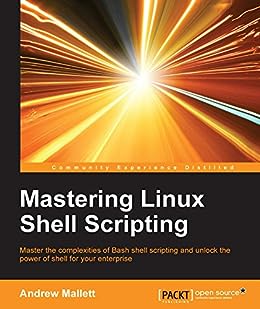 C.P.
5.0 颗星，最多 5 颗星 Mastering Linux Shell Scripting
2017年2月27日 - 已在美国亚马逊上发表
已确认购买
This book so far has been very useful and I am very pleased with the contents so far. I have read about 1/3 and so far an A+ from me.
阅读更多

Tim Crothers
5.0 颗星，最多 5 颗星 Really good coverage but not quite mastery
2016年3月10日 - 已在美国亚马逊上发表
Really, really good coverage of bash scripting core fundamentals. Literally one of the best I've read and I've read many of them. I wouldn't go nearly as far as to say complete as some of the other reviews have stated but it definitely does a really good job of getting you started down the road. The only issue I had in the end is the "mastering" part of the title. I don't think any book under 200 pages should claim to provide mastery of a topic, especially one as complex as bash shell scripting, but in the end I decided not to dock it a start because it does such a good job at what it does cover. My preference would be to drop the small sections on Perl and Python. They are topics worthy of their own treatment and the pages could have been put to better use going deeper on shell scripting.
阅读更多
7 个人发现此评论有用