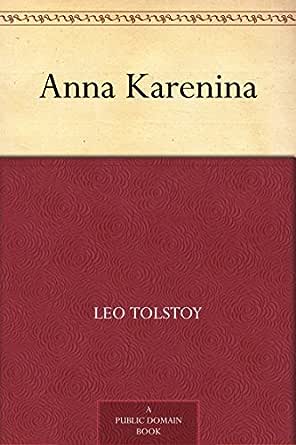 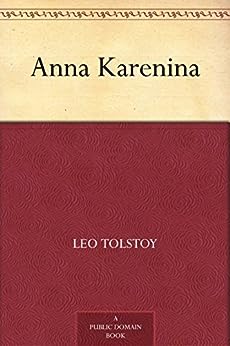 From Library Journal
Pevear and Volokhonsky, winners of the 1991 PEN/Book-of-the-Month Club Translation Prize for their version of Fyodor Dostoyevsky's The Brothers Karamazov, have produced the first new translation of Leo Tolstoy's classic Anna Karenina in 40 years. The result should make the book accessible to a new generation of readers. In an informative introduction, Pevear gives the reader a history of the work Tolstoy called his first true novel and which took him some four years to write. Pevear explains how Tolstoy took real events, incorporated them into his novel, and went through several versions before this tale of the married Anna and her love for Count Vronsky emerged in its final form in 1876. It was during the writing of the book that Tolstoy went through a religious crisis in his life, which is reflected in this novel. The translation is easily readable and succeeds in bringing Tolstoy's masterpiece to life once again. For all libraries. Ron Ratliff, Kansas State Univ., Manhattan
Copyright 2001 Reed Business Information, Inc. --This text refers to an out of print or unavailable edition of this title.

From AudioFile
Released to coincide with a new film version and featuring one of its stars, this recording compresses the original a little too much. We get the entire story of Anna's tragic adultery and the subplot of Levin's search for meaningful love and work. But the distinctive thematic material and Russian character are sacrificed. On the plus side, Molina reads well indeed. His impersonations have great depth. He can leap into their full emotional intensity from a dead stop, thus elevating the audio considerably above the level of "Cliffs Notes." Y.R. (c)AudioFile, Portland, Maine --This text refers to an out of print or unavailable edition of this title.

Midwest Book Review
Tolstoy's classic novel of love comes alive under the practiced reading of film actor Alfred Molina, who brings to life the drama of beautiful married Anna, who falls madly in love with a count and whose affair shocks Russian society and tears her family apart. This abridged version retains high drama and provides listeners with lasting memories. --This text refers to an out of print or unavailable edition of this title.

St. Louis Post Dispatch
We're fortunate to have this accessible version of [Tolstoy's]...most universal novel to attract a new generation of...readers. --This text refers to an out of print or unavailable edition of this title.

Dallas Morning News
Richard Pevear and Larissa Volokhonsky have...retain[ed] the flavor of [Tolstoy's] unique voice. --This text refers to an out of print or unavailable edition of this title.

The San Diego Union-Tribune
Richard Pevear and Larissa Volokhonsky have received honors for their translations...[this] contribution will doubtless be welcomed with equal enthusiasm. --This text refers to an out of print or unavailable edition of this title.

Portland Oregonian
The first English translation in 40 years, [this] 'Anna Kerenina' is the most scrupulous, illuminating and compelling version yet. --This text refers to an out of print or unavailable edition of this title.

Review
"One of the greatest love stories in world literature."
--Vladimir Nabokov

The literary fragments by Pushkin that inspired Tolstoy to sit down and begin writing Anna Karenina were sketches for a novel about an adulteress who is ultimately cast off by her lover and society. The plot of adulterous love, the story of a doomed impossible passion, is common in Western European literature and typically creates a narrative that links love and death. Indeed Tolstoy had in his library that most famous nineteenth-century culmination of the literary tradition of adulterous love and death, Gustave Flaubert's Madame Bovary. Yet Russian literary history had no native tradition comparable to Troubadoran love poetry, the cult of courtly love, the idea of the liebestod, or the novels of adulterous passion that capped the poetic tradition. Despite early sentimental prose accounts of young girls drowning themselves for unrequited love, like Nikolai Karamzin's Poor Liza, Russian literature as it matured in the nineteenth century tended to invert and caricature European prose forms rather than directly imitating them. Indeed in his article "Some Words about War and Peace," Tolstoy insisted that his work was not a novel, pronouncing with characteristic national pride and eccentricity that Russians did not even know how to write novels in the European sense of the word.

Such an announcement of disregard for conventional form in art might seem presumptuous were it premeditated, and were there not precedents for it. But the history of Russian literature since the time of Pushkin not merely affords many examples of such deviations from European forms, but does not offer a single example of the contrary. From Gogol's Dead Souls to Dostoevsky's House of the Dead, in the recent period of Russian literature there is not a single artistic prose work, rising at all above mediocrity, which quite fits into the form of a novel, epic, or story (Bayley, Tolstoy and the Novel, p 64).

It is highly significant, therefore, that when Tolstoy began work on Anna Karenina, he described it as "the first novel I have attempted."

Tolstoy's characterization of Russian literature as resistant to European literary shapes and narrative trajectories is certainly apt. The founding work of the nineteenth-century Russian novelistic tradition was Aleksandr Pushkin's novel in verse Eugene Onegin. The idea of a novel in verse is itself unusual, and Pushkin's experimental form includes the invention of a new verse pattern, the Onegin stanza. Furthermore, he stages a narrative reversal of the liebestod by evacuating his love story of desire and thereby eliminating the fuel that fires the Western European romance. In the case of classic European star-crossed lovers, from Tristan and Isolde to Romeo and Juliet, the impossibility of their union generates a heated desire that only increases in response to obstacles. The lovers desire nothing so much as to perpetuate their longing for one another, a yearning that betrays its metaphysical dimension and shades into death-a death of the body that releases the ardent spirit.

In the earliest drafts of Anna Karenina, the heroine is named for Pushkin's heroine, Tatiana, a naive country girl who, addicted to French novels and infatuated with the literary representation of ruinous love, projects a romantic silhouette onto the novel's eponymous protagonist, Eugene. He not only refuses, rather discourteously, to sexually ravish and ruin the heroine, but he apparently has no desire to do so; instead he turns his disordered impulses against his poet friend, Lensky, whom he eliminates in a duel before his departure for Western Europe. In Onegin's absence, Tatiana peruses the stacks of his personal library to discover that her beloved is an empty cloak, a mere parody, a "paper bullet of the brain." Years later, returning to Russia, Eugene discovers the same young girl who once made love to him in the person of a society grande dame, the wife of a military grandee. But Tatiana has lost her desire for Eugene at the moment he discovers his desire for her; spurned, he rushes from the pages of the novel to seek his death.

It is fairly clear that in taking up the well-used plot of adulterous love in response to Pushkin's sketches, Tolstoy intended to quiz the ethos of love and death that spiritualized into tragedy the adulterous love stories of Western European literature. Initially he sketches his heroine satirically: She is fat, vulgar, and obvious; she chomps on her pearl necklace and flirts openly with her lover in her husband's face. But these omens of overindulged physicality vanish in the final characterizations of Anna Karenina, whose grace, vitality, maternal warmth, and beauty are instead slowly and painfully extinguished over the inexorable course of the novel. It is her lover who becomes coarse: An artistic, sensitive man in the earlier drafts, by the final version he is a dilettante and a poor sportsman, riding his lovely racehorse to death through his own corpulence and clumsiness. He becomes a corporeal "hunk of beefsteak" who runs to fat and loses his hair and teeth. In similar fashion, the husband, a more sympathetic type in the first versions of the novel, becomes physically grotesque in the novel as we read it, with his huge ears, stammer, and unpleasant habit of cracking his knuckles.

Satirical impulses are directed at every other character in the novel: the bon vivant (Anna's brother, Stiva), the sanctimonious religious hypocrite (Countess Lydia Ivanovna), the society flirt (Countess Betsy Tverskaya), the careerist (Karenin). The heroine, Anna, is protected from the broad brushstroke of social critique, but whether she is meant to be portrayed as a victim or a participant in the book's destructive social machinery is the highly debated question the novel puts to us.

The moral transgressions of adultery and the violations of social proprieties as understood by nineteenth-century Russian high society can hardly come under censure by today's reader: Anna Karenina remains as sympathetic and compelling as any heroine in literature. Writers like D. H. Lawrence claim for Anna and her lover the role of sympathetic martyrs, crushed beneath the wheels of an implacably conventional and hypocritical society; but Tolstoy was to be condemned for "putting his finger in the balance" to bring the novel to a moralistic conclusion. Yet Anna's suffering may not be entirely due to her moral transgressions and afflicted conscience, just as her experience of social ostracism and rejection cannot fully account for the growing sense of explosive inner turmoil, psychological conflict, and distress she undergoes.

"One of the greatest love stories in world literature."
--Vladimir Nabokov

The Modern Library has played a significant role in American cultural life for the better part of a century. The series was founded in 1917 by the publishers Boni and Liveright and eight years later acquired by Bennett Cerf and Donald Klopfer. It provided the foundation for their next publishing venture, Random House. The Modern Library has been a staple of the American book trade, providing readers with affordable hardbound editions of important works of literature and thought. For the Modern Library's seventy-fifth anniversary, Random House redesigned the series, restoring as its emblem the running torch-bearer created by Lucian Bernhard in 1925 and refurbishing jackets, bindings, and type, as well as inaugurating a new program of selecting titles. The Modern Library continues to provide the world's best books, at the best prices. --此文字指其他 kindle_edition 版本。
阅读更多

Ann
4.0 颗星，最多 5 颗星 Great
2016年11月16日
已确认购买
Anna is miserable. Vronsky give her the feeling of being loved, but his love is not the one Anna really wants. She tries her best to explore. But the reality kills her....
阅读更多
有帮助
回应 报告滥用情况