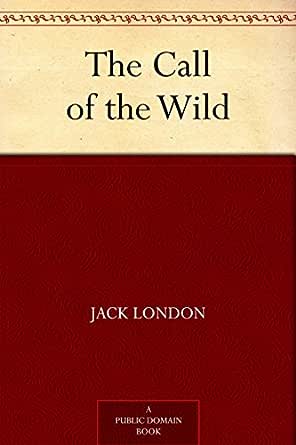 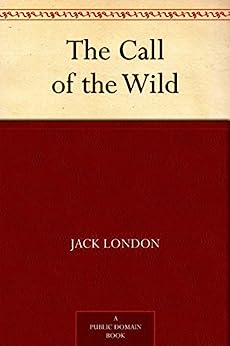 The Call of the Wild (English Edition) Kindle电子书

Charles Dickens (1812-1870) was born in Portsmouth, England, and spent most of his life in London. When he was twelve, his father was sent to debtor’s prison and he was forced to work in a boot polish factory, an experience that marked him for life. He became a passionate advocate of social reform and the most popular writer of the Victorian era.

From Gillen D'Arcy Wood's Introduction to A Tale of Two Cities

When Dickens expressed to A. H. Layard his fear of revolution in Britain in 1855, he only echoed many dozens of commentators over the preceding six decades, who wondered why mob violence could not simply cross the English Channel and turn the streets of London into a bloodbath of class retribution. The textbook historian's answer points to the bloodless coup of 1688, the so-called Glorious Revolution, which saw the tyrant James II forced into exile, and William and Mary inaugurate a form of managerial rule in Britain, a constitutional, "mixed" monarchy where many absolute powers of the Crown were ceded to Parliament. With the consolidation of that legislative body, however unrepresentative, Britain's nobility insured itself against the apocalyptic disaster that was to befall their French counterparts. The divergent tale of the two cities thus begins in 1688.

But as a novelist, Dickens, who loved Paris and traveled there often, offers more intuitive, closely observed reasons for the untranslatable quality of that city's Revolution. In an 1856 article for his weekly magazine, Household Words, he calls Paris "the Moon," and describes a culture of spectacle implicitly alien to his London readers. On the grand Parisian boulevards, Dickens watches the upper classes put on "a mighty show." Later, he takes coffee and a cigar at one of Paris's ubiquitous cafés, and participates in a kind of collective voyeurism unfamiliar to the English capital:

The place from which the shop front has been taken makes a gay proscenium; as I sit and smoke, the street becomes a stage, with an endless procession of lively actors crossing and re-crossing. Women with children, carts and coaches, men on horseback, soldiers, water-carriers with their pails, family groups, more soldiers, lounging exquisites, more family groups (coming past, flushed, a little late for the play). . . . We are all amused, sitting seeing the traffic in the street, and the traffic in the street is in its turn amused by seeing us ("Railway Dreaming," pp. 373-374). Paris is a society of spectacle, a glamorous outdoor "stage" where citizens are both actors and audience. Later in the article, however, Dickens describes a more sinister aspect of this culture of display when he is jostled by the crowds at the Paris morgue, whose "bodies lie on inclined planes within a great glass window, as though Holbein should represent Death, in his grim Dance, keeping a shop, and displaying his goods like a Regent Street or boulevard linen-draper" (p. 375). Dickens is unnerved here, as he was at Horsemonger Lane, by a society that places no restraints on visibility, even to preserve the solemnity of the dead.

It is a short step in Dickens's imagination from the peep-show atmosphere of the Paris morgue in 1856 to the ritual slaughter in the Place de la Révolution during Robespierre's "Reign of Terror" of 1793-1794. A Tale of Two Cities shows the dark side of urban theatricality, that a public appetite for glamorous "show" can rapidly degenerate into an insatiable hunger for "scenes of horror and demoralization." The essentially theatrical quality of Parisian social life produces a theatrical Revolution. At the revolutionary "trials" at the Hall of Examination, Madame Defarge, we are told, "clapped her hands as at a play." There is something uniquely Parisian, too, in the spectacle of the liberation of the Bastille (with only seven prisoners inside) and in the rituals of the Terror itself, as the tumbrils roll daily to the guillotine watched by knitting ladies, who take up seats in their favored spots each morning as if at a sideshow or circus. As Dickens describes it, even the victims of the Terror cannot escape the theatrical atmosphere of the proceedings. Among the condemned, "there are some so heedful of their looks that they cast upon the multitude such glances as they have seen in theatres, and in pictures." Contrast this with Charles Darnay, who, on trial for his life earlier in the novel, disdains "the play at the Old Bailey": He "neither flinched from the situation, nor assumed any theatrical air in it." Our hero disappoints us on occasion, but here, by resisting being converted into a spectacle, he defends the most important social principle of the novel: the dignity of the private citizen in the face of the howling mob.

Each novel, complete in just 80-pages, has been painstakingly adapted to retain the integrity of the original work. Each provides the reader a sense of the author's style and an understanding of the novel's theme. --此文字指其他 kindle_edition 版本。

From the Publisher
Founded in 1906 by J.M. Dent, the Everyman Library has always tried to make the best books ever written available to the greatest number of people at the lowest possible price. Unique editorial features that help Everyman Paperback Classics stand out from the crowd include: a leading scholar or literary critic's introduction to the text, a biography of the author, a chronology of her or his life and times, a historical selection of criticism, and a concise plot summary. All books published since 1993 have also been completely restyled: all type has been reset, to offer a clarity and ease of reading unique among editions of the classics; a vibrant, full-color cover design now complements these great texts with beautiful contemporary works of art. But the best feature must be Everyman's uniquely low price. Each Everyman title offers these extensive materials at a price that competes with the most inexpensive editions on the market-but Everyman Paperbacks have durable binding, quality paper, and the highest editorial and scholarly standards. --This text refers to an out of print or unavailable edition of this title.
--此文字指其他 kindle_edition 版本。
阅读更多

XX太郎
4.0 颗星，最多 5 颗星 Good story, touching
2017年4月12日
已确认购买
Recently I just saw a movie about the dogs purpose. This book is always the same but different with their purpose not only for human but also for their own being. Those who love dog deserve to read it.
阅读更多
2 个人发现此评论有用
有帮助
回应 报告滥用情况

Amazon Customer
5.0 颗星，最多 5 颗星 So amazingly fascinating story.
2019年2月3日
已确认购买
It is such a wonderful tale that comes from the old wild North. Really a page turner. The most touching parts are those of fidelity between dogs and men in harsh environment, struggling for life and fortune.
阅读更多
有帮助
回应 报告滥用情况

Kindle 客户
5.0 颗星，最多 5 颗星 Better to read the original version
2017年2月18日
已确认购买
It's marvellous to read this original version. I used to have a dim memory about the ending, but now it's more clearly then ever.
阅读更多
有帮助
回应 报告滥用情况