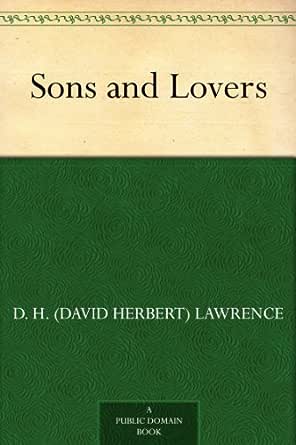 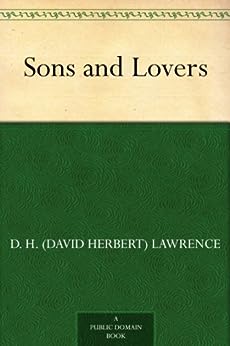 The Modern Library of the World's Best Books

"No other writer with his imaginative standing has in our time written books that are so open to life."

"There is no novel in english literature which comes so close to the skin of life of working class people, for it records their feelings in their own terms."

The Early Married Life of the Morels


“The bottoms" succeeded to "Hell Row." Hell Row was a block of thatched, bulging cottages that stood by the brookside on Greenhill Lane. There lived the colliers who worked in the little gin-pits two fields away. The brook ran under the alder trees, scarcely soiled by these small mines, whose coal was drawn to the surface by donkeys that plodded wearily in a circle round a gin. And all over the countryside were these same pits, some of which had been worked in the time of Charles II, the few colliers and the donkeys burrowing down like ants into the earth, making queer mounds and little black places among the corn-fields and the meadows. And the cottages of these coal-miners, in blocks and pairs here and there, together with odd farms and homes of the stockingers, straying over the parish, formed the village of Bestwood.

Then, some sixty years ago, a sudden change took place. The gin-pits were elbowed aside by the large mines of the financiers. The coal and iron field of Nottinghamshire and Derbyshire was discovered. Carston, Waite and Co. appeared. Amid tremendous excitement, Lord Palmerston formally opened the company's first mine at Spinney Park, on the edge of Sherwood Forest.

About this time the notorious Hell Row, which through growing old had acquired an evil reputation, was burned down, and much dirt was cleansed away.

Carston, Waite & Co. found they had struck on a good thing, so, down the valleys of the brooks from Selby and Nuttall, new mines were sunk, until soon there were six pits working. From Nuttall, high up on the sandstone among the woods, the railway ran, past the ruined priory of the Carthusians and past Robin Hood's Well, down to Spinney Park, then on to Minton, a large mine among corn-fields; from Minton across the farmlands of the valleyside to Bunker's Hill, branching off there, and running north to Beggarlee and Selby, that looks over at Crich and the hills of Derbyshire: six mines like black studs on the countryside, linked by a loop of fine chain, the railway.

To accommodate the regiments of miners, Carston, Waite and Co. built the Squares, great quadrangles of dwellings on the hillside of Bestwood, and then, in the brook valley, on the site of Hell Row, they erected the Bottoms.

The Bottoms consisted of six blocks of miners' dwellings, two rows of three, like the dots on a blank-six domino, and twelve houses in a block. This double row of dwellings sat at the foot of the rather sharp slope from Bestwood, and looked out, from the attic windows at least, on the slow climb of the valley towards Selby.

The houses themselves were substantial and very decent. One could walk all round, seeing little front gardens with auriculas and saxifrage in the shadow of the bottom block, sweet-williams and pinks in the sunny top block; seeing neat front windows, little porches, little privet hedges, and dormer windows for the attics. But that was outside; that was the view on to the uninhabited parlours of all the colliers' wives. The dwelling-room, the kitchen, was at the back of the house, facing inward between the blocks, looking at a scrubby back garden, and then at the ash-pits. And between the rows, between the long lines of ash-pits, went the alley, where the children played and the women gossiped and the men smoked. So, the actual conditions of living in the Bottoms, that was so well built and that looked so nice, were quite unsavoury because people must live in the kitchen, and the kitchens opened on to that nasty alley of ash-pits.

Mrs. Morel was not anxious to move into the Bottoms, which was already twelve years old and on the downward path, when she descended to it from Bestwood. But it was the best she could do. Moreover, she had an end house in one of the top blocks, and thus had only one neighbour; on the other side an extra strip of garden. And, having an end house, she enjoyed a kind of aristocracy among the other women of the "between" houses, because her rent was five shillings and sixpence instead of five shillings a week. But this superiority in station was not much consolation to Mrs. Morel.

She was thirty-one years old, and had been married eight years. A rather small woman, of delicate mould but resolute bearing, she shrank a little from the first contact with the Bottoms women. She came down in the July, and in the September expected her third baby.

Her husband was a miner. They had only been in their new home three weeks when the wakes, or fair, began. Morel, she knew, was sure to make a holiday of it. He went off early on the Monday morning, the day of the fair. The two children were highly excited. William, a boy of seven, fled off immediately after breakfast, to prowl round the wakes ground, leaving Annie, who was only five, to whine all morning to go also. Mrs. Morel did her work. She scarcely knew her neighbours yet, and knew no one with whom to trust the little girl. So she promised to take her to the wakes after dinner.

William appeared at half-past twelve. He was a very active lad, fair-haired, freckled, with a touch of the Dane or Norwegian about him.

"Can I have my dinner, mother?" he cried, rushing in with his cap on. " 'Cause it begins at half-past one, the man says so."

"You can have your dinner as soon as it's done," replied the mother.

"Isn't it done?" he cried, his blue eyes staring at her in indignation. "Then I'm goin' be-out it."

"You'll do nothing of the sort. It will be done in five minutes. It is only half-past twelve."

"They'll be beginnin'," the boy half cried, half shouted.

"You won't die if they do," said the mother. "Besides, it's only half-past twelve, so you've a full hour."

The lad began hastily to lay the table, and directly the three sat down. They were eating batter-pudding and jam, when the boy jumped off his chair and stood perfectly still. Some distance away could be heard the first small braying of a merry-go-round, and the tooting of a horn. His face quivered as he looked at his mother.

"I told you!" he said, running to the dresser for his cap.

"Take your pudding in your hand–and it's only five past one, so you were wrong–you haven't got your twopence," cried the mother in a breath.

The boy came back, bitterly disappointed, for his twopence, then went off without a word.

"Well, and you shall go, whining, wizzening little stick!" said the mother. And later in the afternoon she trudged up the hill under the tall hedge with her child. The hay was gathered from the fields, and cattle were turned on to the eddish. It was warm, peaceful.

Mrs. Morel did not like the wakes. There were two sets of horses, one going by steam, one pulled round by a pony; three organs were grinding, and there came odd cracks of pistol-shots, fearful screeching of the cocoanut man's rattle, shouts of the Aunt Sally man, screeches from the peep-show lady. The mother perceived her son gazing enraptured outside the Lion Wallace booth, at the pictures of this famous lion that had killed a negro and maimed for life two white men. She left him alone, and went to get Annie a spin of toffee. Presently the lad stood in front of her, wildly excited.

"You never said you was coming–isn't the' a lot of things?–that lion's killed three men–I've spent my tuppence–an' look here."

He pulled from his pocket two egg-cups, with pink moss-roses on them.

"I got these from that stall where y'ave ter get them marbles in them holes. An' I got these two in two goes–'aepenny a go–they've got moss-roses on, look here. I wanted these."

She knew he wanted them for her.

He was tipful of excitement now she had come, led her about the ground, showed her everything. Then, at the peep-show, she explained the pictures, in a sort of story, to which he listened as if spellbound. He would not leave her. All the time he stuck close to her, bristling with a small boy's pride of her. For no other woman looked such a lady as she did, in her little black bonnet and her cloak. She smiled when she saw women she knew. When she was tired she said to her son:

"Well, are you coming now, or later?"

"Are you goin' a'ready?" he cried, his face full of reproach.

"What are you goin' a'ready for?" he lamented.

"You needn't come if you don't want," she said.

And she went slowly away with her little girl, whilst her son stood watching her, cut to the heart to let her go, and yet unable to leave the wakes. As she crossed the open ground in front of the Moon and Stars she heard men shouting, and smelled the beer, and hurried a little, thinking her husband was probably in the bar.

At about half-past six her son came home, tired now, rather pale, and somewhat wretched. He was miserable, though he did not know it, because he had let her go alone. Since she had gone, he had not enjoyed his wakes.

"He's helping to wait at the Moon and Stars. I seed him through that black tin stuff wi' holes in, on the window, wi' his sleeves rolled up."

"Ha!" exclaimed the mother shortly. "He's got no money. An' he'll be satisfied if he gets his 'lowance, whether they give him more or not."

When the light was fading, and Mrs. Morel could see no more to sew, she rose and went to the door. Everywhere was the sound of excitement, the restlessness of the holiday, that at last infected her. She went out i... --此文字指其他 kindle_edition 版本。

Simon Vance is a prolific and popular audiobook narrator and actor with several hundred audiobooks to his credit. An Audie(R) Award-winner, Vance was recently named "The Voice of Choice" by "Booklist" magazine.
--此文字指其他 kindle_edition 版本。
阅读更多