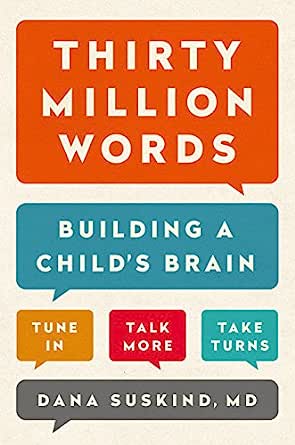 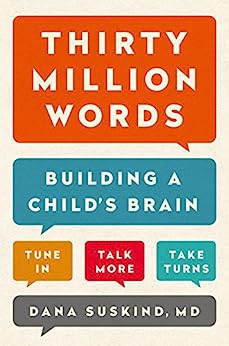 A Gynecologist
5.0 颗星，最多 5 颗星 Forget "What to Expect" and instead focus on "What to Do"
2015年9月16日 - 已在美国亚马逊上发表
已确认购买
As an obstetrician, it has always struck me that while expecting parents spend an inordinate amount of time “preparing” for birth, they spend relatively little time once the baby has arrived learning how they can help their child achieve his or her full potential. So for every parent who has a dog eared copy of What to Expect” I say, forget “What to Expect” (It never goes as planned anyway) and instead focus on “What to do” once the baby arrives. And there is no more important book than Dr. Suskind’s book which is a true “how to” have a child that can reach his or her full potential. Not only is this book brilliant, but also it is simply fascinating to read. The style is academic yet approachable, deep yet conversational, and there is an “Ah ha” moment on virtually every page. This is a book that every parent, every grandparent, every childcare provider, every pediatrician, every educator and yes, every obstetrician should read.
阅读更多
77 个人发现此评论有用

Amazon Customer
5.0 颗星，最多 5 颗星 Best parentng book I've read
2018年9月15日 - 已在美国亚马逊上发表
已确认购买
I've read so many parenting books and I've been a childcare provider for years so it's very rare for me to come across info that really changes my way of thinking. But this book did it. As a 'millenial' about to become a first-time parent this book completely transformed the way I look at spending time with my child. I was raised in a "fixed mindset" cycle of parenting where my family believed you were born as smart or talented as you ever will be (genetics over environment). I've never bought into that mentality but because of this book I now have the science, practical tools, and proof to back it up! In an increasingly technologically dependent society I think this information is crucial to education and providing the best opportunities to our next generation. I can't wait to share this with friends and family.
阅读更多
6 个人发现此评论有用

Despite the fact that this is a non-fiction book filled with statistics, it is not dry. It’s quick reading with lots of fascinating information backed by scientific studies. Allow me to give you a sampling of some of the interesting tidbits:

-- “Imaging of babies’ brains shows that even before they say their first words, they are mentally practicing responding, trying to figure out how to create the motor movements necessary to articulate the words of their language.”
-- “The most important component in brain development is the relationship between the baby and his or her caretaker, which includes the ambiance of the language environment.” Suskind sites the “Still Face Experiment” conducted by Professor Edward Tronick of the University of Massachusetts. (Look it up on Youtube.)
-- “An infant’s brain, at the height of neuroplasticity, can distinguish the sound of every language . . . [b]ut it is not a skill that lasts forever. Similar to the brain’s eventual pruning of synapses that are not used or are underused, the unlimited potential for hearing and uttering every possible sound from any language begins being trimmed away very early, giving us heightened ability to utilize our own language but preventing easy access to the sounds of those we don’t use.” Patricia Kuhl did research with Japanese babies to see if they could distinguish between the English “r” and “l” sounds (which do not exist in Japanese). “At seven months of age [. . .], the babies could differentiate between the English ‘r’ and ‘l’ with absolutely no difficulty. On her return three months later, the ability had disappeared.”
-- On person-based v. process-based praise: “In Professor [Carol] Dweck’s study, 128 fifth graders were given a puzzle to complete. After finishing, some children were praised for being smart, others for working hard. The children were then given the choice of a second task, one more difficult, but from which they ‘would learn a lot,’ or one similar to the first. Sixty-seven percent of the kids called ‘smart’ chose the easy task; 92 percent of those praised for working hard chose the more difficult task.”

The book is packed with great stuff like this. Unfortunately (and you can probably tell from the sampling above), the book is not well written. It is poorly organized. And there is way too much tangential information about Suskind’s work as a pediatric cochlear implant surgeon (look, I am certain that her work is super interesting—she gets to give kids’ the ability to hear! That said, if I wanted to read a book about cochlear implants, I would).

Bottom-line: this book isn’t going to win any writing awards, and it is not successful as a social panacea (a how-to book for closing the achievement gap) as Suskind intends, BUT it is great for parents of very young children. It is helpful in reinforcing certain behaviors and reminding you how your actions can impact your child’s future. It cites a ton of really fascinating studies. It has some very interesting statistics. It gives great examples of helpful versus non-helpful speech.

If you have a kid under three, you should check out this book.

Eileen Nicole Simon
5.0 颗星，最多 5 颗星 Autism Next
2020年11月8日 - 已在美国亚马逊上发表
已确认购买
This is an important book. I want to suggest 2 things: (1) Roger Brown observed child language development and determined that children begin speaking using stressed syllables - because they hear syllable boundaries. This may be the most important thing we lose during the 1st decade of life, & this makes learning a foreign language difficult. (2) My autistic son could sing the 12 Days of Christmas without confusing any of the stanzas. He did not hear syllable boundaries. Also, Professor Brown demonstrated that he did not orient to environmental sounds. Professor Brown slammed a stack of blue exam books behind Conrad's back, which evoked no reaction.

Ella
5.0 颗星，最多 5 颗星 New favorite book
2016年1月13日 - 已在美国亚马逊上发表
已确认购买
One of the BEST books I have read so far. Integrates research with application and is such a pleasant read. I'm a speech-language pathology grad student but I can already say that this book doesn't just apply to language development in infants and children. This book translates to all areas of life- personal relationships, family life, and even the way you view other people. I can only say positive things about this book. 5 stars 100%.
阅读更多
12 个人发现此评论有用
加入亚马逊Prime，从此免运费
亚马逊Prime会员可享海外购美/英/日/德跨境免邮，全年无限次！更有免费无限次阅读电子书服务
> 立即加入
了解我们
合作信息
帮助中心和购物指南