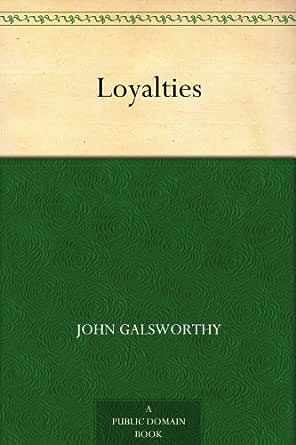 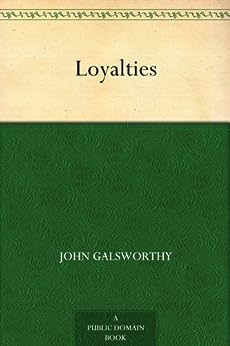 John Galsworthy was a Nobel-Prize (1932) winning English dramatist, novelist, and poet born to an upper-middle class family in Surrey, England. He attended Harrow and trained as a barrister at New College, Oxford. Although called to the bar in 1890, rather than practise law, Galsworthy travelled extensively and began to write.

It was as a playwright Galsworthy had his first success. His playslike his most famous work, the series of novels comprising The Forsyte Sagadealt primarily with class and the social issues of the day, and he was especially harsh on the class from which he himself came. --此文字指其他 kindle_edition 版本。

Ralph Blumenau
5.0 颗星，最多 5 颗星 Ganging up against a Jewish outsider
2017年12月2日 - 已在美国亚马逊上发表
In this intricately plotted play of 1922, Galsworthy takes issue with caste solidarity and antisemitism. A wealthy Jew, Ferdinand de Levis, a guest at a country-house party, has a large sum of money stolen. The host is embarrassed that such a thing should have happened under his roof, and resents De Levis forcing him to call in the police. The police can find no evidence to incriminate anyone, but De Levis is sure the thief is a fellow-guest, a retired army officer, Captain Dancy, and he names him. There are other military men at the party. In solidarity they side with the Dancy against the outsider who is not a “gentleman”, and in the tension that arises, they make no bones about their hostility to the Jew. They support Dancy who launches a court case for defamation, even though one of them has reason to believe that the captain might have been guilty. In the end, however, evidence turns up that leads to the collapse of the captain’s case and a dramatic end.
阅读更多

Israel Drazin
5.0 颗星，最多 5 颗星 An enjoyable play by a Noble Prize Winner
2014年10月12日 - 已在美国亚马逊上发表
Many playgoers and readers consider “Loyalties” Galsworthy’s best play. It was a financial success for its author.
The 1922 play is filled with drama and suspense. It is about a huge sum of money that was stolen in a fashionable aristocratic home from a guest who was not of the aristocratic class. The loyalties manifest themselves in this play in many ways: loyalty to one’s race, social class, spouse, legal profession, sense of honor, and the inability to overcome a decision once it is made and to put aside prejudices.
John Galsworthy (1867-1933) was one of the most outstanding English novelists and dramatists of his time. He was a lawyer, but never practiced law. He despised the English upper-class treatment of those “below them,” although this was the class to which he belonged. He usually gave away half of his income.
He published nineteen novels and is most famous for his Forsyth novels. He wrote twenty full-length plays and a number of shorter ones as well as short stories. He was awarded the Nobel Prize for Literature in 1932.
His plays follow the style of the Norwegian Henrik Ibsen (1828-1906) and the Irish George Bernard Shaw (1856-1950) in presenting social issues, which prompted viewers to think about the issues raised in the plays. They were not “light entertainment,” the style of plays in modern times before these playwrights.

sameer chandra
5.0 颗星，最多 5 颗星 A good book must read
2012年2月26日 - 已在美国亚马逊上发表
Dancy a retired army general is accused of stealing money from a wealthy Jew, DeLevis. Everybody supports Dancy as he is a Christian. The last piece of thread turns the tables and Dancy is proven guilty. This is a very intricately written drama which is simple to understand.
阅读更多
3 个人发现此评论有用
加入亚马逊Prime，从此免运费
亚马逊Prime会员可享海外购美/英/日/德跨境免邮，全年无限次！更有免费无限次阅读电子书服务
> 立即加入
了解我们
合作信息
帮助中心和购物指南