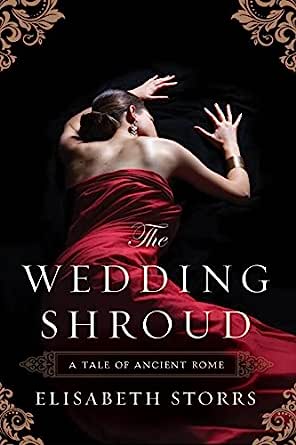 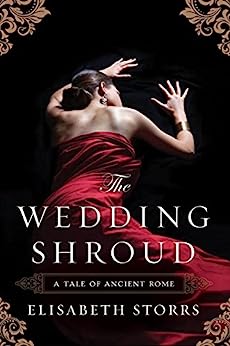 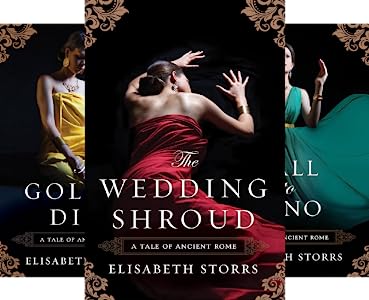 Desiree Valenzuela
3.0 颗星，最多 5 颗星 Not sure if I'll read the rest of this series.
2019年12月17日 - 已在美国亚马逊上发表
已确认购买
I really wanted to like this novel. I love historical fiction and stories set in ancient Rome are among my favorites. The writing in this however is uneven in quality- some parts are gripping, others are a chore to get through. Another problem for me is the lack of a single really likeable character. The heroine dithers between being an intelligent person who can think and a childish little prude who freaks out over the smallest things. The hero alternates between being a caring, if damaged, lover and a just plain jerk. The Etruscans are depicted as free-love-and-psychedelic-drugs-loving party animals while the Romans of the early Republic cling to a prudery more suffocating than that of Victorian England. Given that so many reviews of the following books mentioned a really horrible ending to the series I will probably find something else to read.
阅读更多
3 个人发现此评论有用

Lady Anne
4.0 颗星，最多 5 颗星 Before there was Rome......
2016年7月25日 - 已在美国亚马逊上发表
已确认购买
Cheers to the author for giving us an incredibly detailed and interesting look at the world of the Romans prior to Caesar's reign. I don't remember ever learning in school any details about the Etruscan area of what is modern day Italy or the beautiful city of Veii, which lies only 12 miles across the Tiber River from the city of Rome. In the approximate era of 365 BCE - the city of Veii was much larger than Rome and appeared to be far more sophisticated and worldly. They held women to be contributing, worthwhile citizens, able to own land and make decisions without the control of either husbands or male relatives, something unheard of in the heavily male dominated Roman populace. While the interwoven romance between a Roman female and a Veientane warrior/leader was enticing - it was learning that world even existed. Some of the same gods/goddesses were worshipped - albeit under different names. But, where the Roman citizens were a sober, male dominated society - the citizens of Veii were fun-loving, free thinking individuals with a highly developed city infrastructure and a love of all things beautiful. For example, a Roman potter might craft a drab, unremarkable vessel for containing water, wine or food - while the Veii potter strove for beauty and fine quality in their works. The love story involves a very young Roman female from a well-respected family being used as pawn in being married to an older Veientane leader as a means of ensuring peace between the two cities. I simply can not stress this series is invaluable in imparting the knowledge of a different look at the Italy we learned about versus what really was and the learning is made enjoyable through the personal look of two people who grew to love each other without reserve - even though that was not the original intent. This is actually a series of 3 books, including "The Golden Dice" - #2) and "Call to Juno" #3. Consider this review as for the entire series - which I have now (sadly) finished.....one of those I did not want to end!!
阅读更多
9 个人发现此评论有用

Mr and Mrs Williams
2.0 颗星，最多 5 颗星 Decent book, comically bad narration.
2019年12月5日 - 已在美国亚马逊上发表
已确认购买
I purchased the audiobook addition and it is ruining what might otherwise be a decent story. The combination of the reader's accent and her stilted over pronunciation sound like it's being read by Moira Rose from the Schitts Creek television show. If you are not familiar, the character I refer to is a terrible over actor who imagines herself a great thespian. Especially annoying is the way she tries to lower her voice for the male characters, which comes off childish and silly. The book itself has it's flaws but is so far an enjoyable read, fairly typical of the genre. Just don't buy the audio, it's not worth even $2.
阅读更多
2 个人发现此评论有用

Kimberly Sue
4.0 颗星，最多 5 颗星 Slow start, but worth sticking with!
2016年5月30日 - 已在美国亚马逊上发表
已确认购买
I admit I was a little concerned a couple of chapters in. The Wedding Shroud has a slow start in my opinion, and it definitely took me a little time to get warmed up and truly involved in the story line. However, once I made it a little further, I was happy that I gave it a chance.
I love the author's depiction of the main characters, Caecilia. She's portrayed as a strong female, yet she still follows much of what is expected of a female during this time period. The author does a great job at bringing to life a period of time which I know very little about. I'm a huge historical fiction fan, but ancient Rome is not one of my top picks when choosing a book to read. I love how the author stayed true to history, yet gave the reader a story, not a textbook. I would definitely recommend this novel to historical fiction fans.