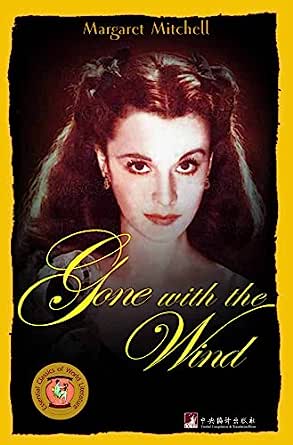 Mitchell margaret (1900-1949)American writer.Margaret Mitchell is the popular author of "Gonewith the Wind" 1936), thetale of Scarlett O'Hara and her tragedies and triumphs through the Civil War and Reconstruction. Mitchell was awarded the ulitzer Prize and the National Book Award for her novel. --此文字指其他 kindle_edition 版本。

So, Ellen, no longer Robillard, turned her back onSavannah, never to see it again, and with a middle-agedhusband, Mammy, and twenty “house niggers” journeyedtoward Tara.
The next year, their first child was born and they namedher Katie Scarlett. after Gerald‘s mother. Gerald wasdisappointed, for he had wanted a son, but he neverthelesswas pleased enough over his small black-haired daughter toserve rum to every slave at Tara and to get roaringly, happilydrunk himself.
If Ellen had ever regretted her sudden decision to marryhim, no one ever knew it, certainly not Gerald, who almostburst with pride whenever he looked at her. She had putSavannah and its memories behind her when she left thatgently mannered city by the sea, and, from the moment ofher arrival in the County, north Georgia was her home.
When she departed from her father’s house forever, shehad left a home whose lines were as beautiful and flowingas a woman‘s body, as a ship in full sail; a pale pink stuccohouse built in the French colonial style, set high from theground in a dainty manner, approached by swirling stairs,banistered with wrought iron as delicate as lace; a dim, richhouse, gracious but aloof.
She had left not only that graceful dwelling but also theentire civilization that was behind the building of it, and shefound herself in a world that was as strange and different asif she had crossed a continent.
Here in north Georgia was a rugged section held by ahardy people. High up on the plateau at the foot of the BlueRidge Mountains, she saw rolling red hills wherever shelooked. with huge outcroppings of the underlying graniteand gaunt pines towering somberly everywhere. --此文字指其他 kindle_edition 版本。

JANE
5.0 颗星，最多 5 颗星 My only favorite book
2018年6月27日
已确认购买
I hope I can have a man in my life just like Rhett. I won’t take his love for granted and I will embrace him with my love just like he does. Why do we only refer when we lost and never cherish when we have?
阅读更多
5 个人发现此评论有用
有帮助
报告滥用情况