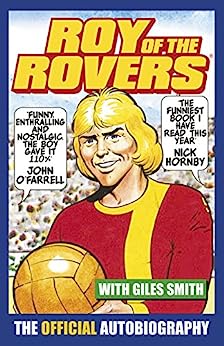 My name is Roy Race. You know me as Roy of the Rovers. This is my story.

From the five terrifying kidnappings that threatened to blight his playing career to the stomach-churning murder attempt in 1980, which left Roy in a life-threatening coma; from the sickening car bomb attack that tragically killed eight of Roy's team-mates while on a pre-season tour of Basran to the horrific helicopter crash in 1993 that resulted in the amputation of Roy's legendary left foot: this is the shocking tell-all autobiography of one of England's greatest ever sportsmen.

Candid, emotional, optimistic, strangely repetitive, full of crushing lows and dizzying highs, and bearing an inexplicable resemblance to the plot structure of old comic strips, Roy's autobiography shines as brightly as the Melchester Rovers legend himself. Sit down, kick back, and treat yourself to the greatest football fairytale story of all time.* 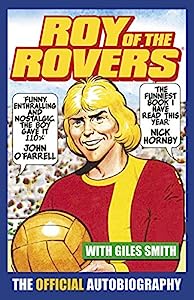 Colin Mehigan
3.0 颗星，最多 5 颗星 Good summary
2016年6月12日 - 已在美国亚马逊上发表
已确认购买
Good summary of the life and times of Roy of the Rovers. Brought some memories, although some of the plot lines were somewhat strange!
阅读更多