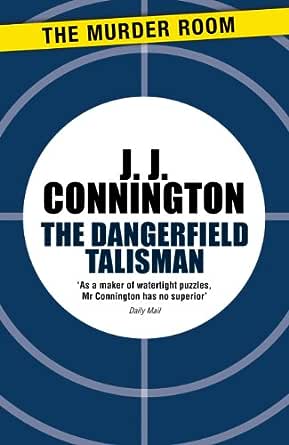 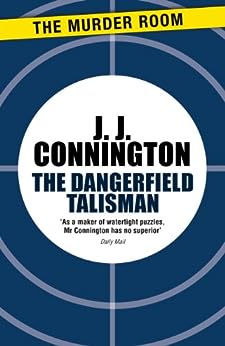 Alfred Walter Stewart, who wrote under the pen name J. J. Connington, was born in Glasgow, the youngest of three sons of Reverend Dr Stewart. He graduated from Glasgow University and pursued an academic career as a chemistry professor, working for the Admiralty during the First World War. Known for his ingenious and carefully worked-out puzzles and in-depth character development, he was admired by a host of his better-known contemporaries, including Dorothy L. Sayers and John Dickson Carr, who both paid tribute to his influence on their work. He married Jessie Lily Courts in 1916 and they had one daughter.

SusanHAH
4.0 颗星，最多 5 颗星 Bridge vs. chess (1926: Connington)
2016年10月24日 - 已在美国亚马逊上发表
English country house visitors (including one American) quibble over bridge, but the main attraction is obviously the Dangerfield talisman, an ancient family heirloom reputed to have legendary origins and enormous monetary value. It is coveted, though not for sale, then suddenly disappears, despite the owner's assurance that somehow, whenever missing, it always comes back. The house guests, some of whom have already developed little grudges against others, are quick to suspect each other of being the thief. One among them finds himself cast in the role of amateur detective. An ancestor's mania for chess may provide a clue to the Dangerfield mystery..

A highly conversational mystery from 1926, with similarities to, and differences from, Allingham's later Gyrth Chalice Mystery (Look to the Lady).. Both books feature, in addition to an important heirloom, a mysterious family secret told to the heir only when he comes of age.

This is another early long-forgotten mystery (murder-less) well worth reading as a novel of manners as much as a crime story. Alfred Walter Stewart (1880-1947), a chemist, wrote 24 mysteries, as well as a couple of other novels, under the name J. J. Connington, between 1924 and 1947.