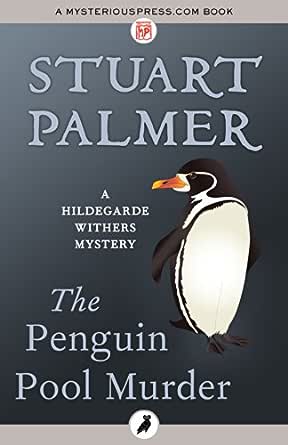 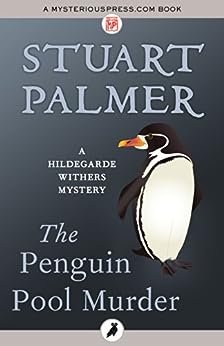 Stuart Palmer (1905 1968) was an American author of mysteries. Born in Baraboo, Wisconsin, Palmer worked a number of odd jobs including apple picking, journalism, and copywriting before publishing his first novel, the crime drama "Ace of Jades", in 1931. It was with his second novel, however, that he established his writing career: "The Penguin Pool Murder" introduced Hildegarde Withers, a schoolmarm who, on a field trip to the New York Aquarium, discovers a dead body in the pool. Withers was an immensely popular character, and went on to star in thirteen more novels, including "Miss Withers Regrets" (1947) and "Nipped in the Bud" (1951).A master of intricate plotting, Palmer found success writing for Hollywood, where several of his books, including "The Penguin Pool Murder", were filmed by RKO Pictures Inc. --此文字指其他 kindle_edition 版本。
click to open popover

Gary F. Taylor
2.0 颗星，最多 5 颗星 Extremely Uphill
2019年3月17日 - 已在美国亚马逊上发表
已确认购买
Stuart Palmer (1905-1968) is best known as the author the “Miss Withers” mystery series, which began in 1931 and continued through 1963 with sixteen books, including two short story collections and one co-written work, not to mention a couple of books completed by others and published posthumously. The first in the series was THE PENGUIN POOL MURDER, which introduces Hildegarde Withers, a sourpuss school marm with a commonsense knack of putting two and two together. In this novel, Miss Withers is taking her students on a tour of a New York aquarium when she is horrified by the sudden appearance of a dead body in the penguin pool—and, teamed with the sometimes reluctant Inspector Pipper, she sets out to solve the mystery.

American murder mysteries of the early 20th Century tend to be gimmicky, focusing on mechanics to the point of absurdity. The result is often a rather dry construction, and while it may have been entertaining enough in its own day, that is indeed the case with this book. Although she is obviously modeled on Agatha Christie’s Miss Marple, Miss Withers is a reasonably entertaining character, but neither she nor her companions ever quite manage to come to life, the plot is extremely contrived, and the whole thing feels as dusty and musty as a moldy library. It’s very, very uphill stuff, and you’d do better to search out the film version starring Edna Mae Oliver, which remains entertaining largely through the star’s personal appeal. But the book … skip it.

Patto
5.0 颗星，最多 5 颗星 School teacher sleuth shows the cops how
2015年9月2日 - 已在美国亚马逊上发表
已确认购买
Miss Withers is at the New York Aquarium with her young pupils, teaching them a bit of natural history. One little boy notices that the penguins are acting oddly. The reason soon becomes apparent. There's a dead body in the tank!

Miss Withers sees that the cops and an ambulance are called. She's a take-charge person in the old battle-axe tradition (though she’s not old). Soon she's put her wits at the service of Detective Piper. Piper is not an easy man to push around, being rather rude and aggressive. Yet he can't help noticing that Miss Withers is a shrewd observer and a natural born sleuth. They become unofficial partners in this very perplexing case.

Every time Miss Withers has a brilliant insight, Piper say, "I also thought of that." Their relationship is a hoot.

He's less dogged than she is, though. Miss Withers is a champion of old-fashioned justice. Even with the Prosecutor working hard for an easy solution, she won't give up because she doubts that the young couple hastily accused of the crime are guilty.

The Aquarium is a great locale for a murder. There's something repulsive about all those fish, their cold-blooded snake-like bodies and their filmy eyes. But the penguins are quite endearing -- personable and prone to eat bits of evidence. Stuart Palmer was inordinately fond of penguins, perhaps because this book was such a hit. His house was full of penguin tchotchkes.

The plot of The Penguin Pool Murder is lively and full of surprises. The story has a vintage flavor, which is a plus for me. The book was first published in 1931, and the great stock market crash of 1929 is still reverberating in the lives of the characters.
阅读更多
8 个人发现此评论有用

Thomas Baldovin
4.0 颗星，最多 5 颗星 Light breezy mystery
2020年1月6日 - 已在美国亚马逊上发表
已确认购买
This mystery, which takes place in 1930, reads like the mystery movies of the thirties -- lots of action and tough talking. Spinster Hildegarde Withers is an amateur sleuth, but not so clever or composed as her literary contemporary, Jane Marple. The book has humor and interesting characters. Curiously, the police seem to have little regard for search warrants or warning suspects before they speak. Miranda is years in the future, but I do still wonder about the police conduct. The mystery was good and bad a satisfying conclusion.
阅读更多
加入亚马逊Prime，从此免运费
亚马逊Prime会员可享海外购美/英/日/德跨境免邮，全年无限次！更有免费无限次阅读电子书服务
> 立即加入
了解我们
合作信息
帮助中心和购物指南