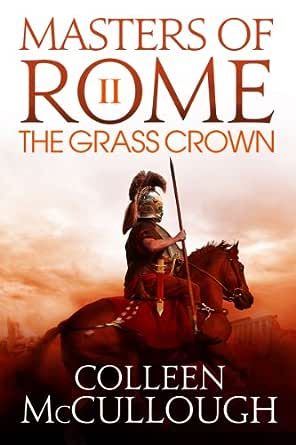 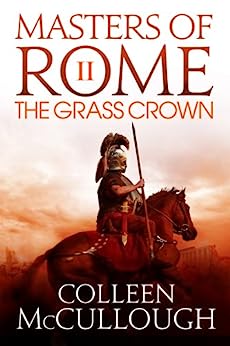 Colleen McCullough was born in Australia. A neurophysiologist, she established the department of neurophysiology at the Royal North Shore Hospital in Sydney, then worked as a researcher and teacher at Yale Medical School for ten years.

Her writing career began with the publication of Tim, followed by The Thorn Birds, a record-breaking international bestseller. The author of over ten other novels, including the acclaimed 'Masters of Rome' series, Dr McCullough also wrote lyrics for musical theatre.

Until her death in 2015 she lived on Norfolk Island in the Pacific with her husband. --此文字指其他 kindle_edition 版本。

M. Cotone
5.0 颗星，最多 5 颗星 Real Romans in their natural habitat
2016年2月19日 - 已在美国亚马逊上发表
已确认购买
The Late Roman Republic, from the rise to prominence of Gaius Marius to that of Julius Caesar's nephew (eventually known as Caesar Augustus), is probably the most fascinating, and so perhaps the best-documented, period of Roman history. McCullough's six-volume novelization (the seventh, about Anthony and Cleopatra, is poorly done and was probably a sop to some of her readers) of the period centers on its towering figure, i.e., Julius Caesar, but includes a crowd of other, if less well-known but equally fascinating, historical figures. Her stories are extremely well-researched and so historically accurate, and her characters well-drawn and authentically Roman. That makes this and the other books in the series a pleasant read for someone familiar with the people and culture, and for those who are not, a relatively easy and entertaining way to learn about them. But the books are demanding, and require one to turn off the all-pervasive electronic noise in which many live and to focus one's attention firmly on the story. The experience will be best if you read the novels in order, viz., The First Man in Rome, The Grass Crown, Fortune's Favorites, Caesar's Women, Caesar, and The October House. This, the second in the series, focuses largely on the careers of Marcus Livius Drusus and Lucius Cornelius Sulla, neither of whom are particularly familiar to most modern readers but are fascinating all the same. The title, by the way, refers to a Roman high military honor won by Sulla. Why and how you will have to discover for yourself!
阅读更多
15 个人发现此评论有用

Peter Schaeffer
5.0 颗星，最多 5 颗星 Good Book
2020年2月13日 - 已在美国亚马逊上发表
已确认购买
This is one of the books that makes up the series "Masters of Rome" by Colleen McCullough. All of the books are good and well worth reading. Colleen McCullough is actually better known for having written "The Thorn Birds". However, "Masters of Rome" seems to have been her labor of love. I would urge anyone to read the first book first, the second book second, and so forth and so on.

The books are interesting in many ways. One of them, is that they cover a period of Rome's history before (and overlapping with) the rise of Julius Cesar. Most histories of Rome basically start with Cesar and the fall of the Republic. That is not true in this case. The author covers the life of Gaius Marius, Sulla, and other who pre-date Cesar by decades. i learned a great deal from these books and commend the author for writing them.

John B. Biggs
3.0 颗星，最多 5 颗星 Roman history close up.
2019年11月7日 - 已在美国亚马逊上发表
已确认购买
I like Roman history being brought to life, which worked well in Master of Rome 1, although the names and lecturing were irritating, telling us how much the author knows about the finer details of Roman History. Masters 2 went even further, involving massive page skipping. It was confusing when McCullough referred to Julius Gaius Caesar then by a different mate's name in other contexts. I would say all the series could be edited down by a third.
阅读更多
1 个人发现此评论有用
加入亚马逊Prime，从此免运费
亚马逊Prime会员可享海外购美/英/日/德跨境免邮，全年无限次！更有免费无限次阅读电子书服务
> 立即加入
了解我们
合作信息
帮助中心和购物指南