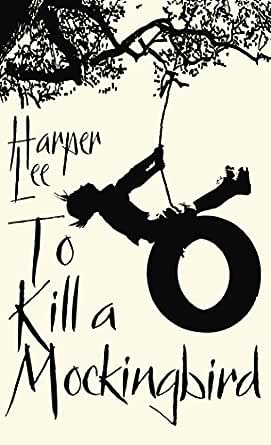 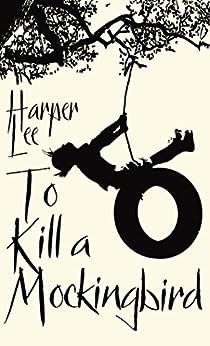 From Publishers Weekly
Starred Review. Lee's beloved American classics makes its belated debut on audio (after briefly being available in the 1990s for the blind and libraries through Books on Tape) with the kind of classy packaging that may spoil listeners for all other audiobooks. The two CD slipcases housing the 11 discs not only feature art mirroring Mary Schuck's cover design but also offers helpful track listings for each disk. Many viewers of the 1962 movie adaptation believe that Lee was the film's narrator, but it was actually an unbilled Kim Stanley who read a mere six passages and left an indelible impression. Competing with Stanley's memory, Spacek forges her own path to a victorious reading. Spacek reads with a slight Southern lilt and quiet authority. Told entirely from the perspective of young Scout Finch, there's no need for Spacek to create individual voices for various characters but she still invests them all with emotion. Lee's Pulitzer Prize–winning 1960 novel, which quietly stands as one of the most powerful statements of the Civil Rights movement, has been superbly brought to audio. Available as a Perennial paperback. (Aug.) --Copyright © Reed Business Information, a division of Reed Elsevier Inc. All rights reserved. --This text refers to the Audio CD edition.

From Library Journal
Lee's Pulitzer Prize-winning first (and last) novel of racial injustice in a small Southern town ranks among just about everyone's favorite books. This 35th-anniversary edition contains a brief new foreword by the elusive Lee. (LJ --Copyright 1995 Reed Business Information, Inc. --This text refers to an out of print or unavailable edition of this title.

Vogue
That rare literary phenomenon, a Southern novel with no mildew on its magnolia leaves. Funny, happy and written with unspectacular precision, To Kill a Mockingbird is about conscience - how it is instilled in two children, Scout and Jem Finch; how it operates in their father, Atticus, a lawyer appointed to defend a Negro on a rape charge; and how conscience grows in their small Alabama town. --This text refers to an out of print or unavailable edition of this title.

From AudioFile
Roses Prichard's masterful narration of Lee's classic novel, originally produced for Books on Tape in 1991, has been repackaged by Audio Partners for the consumer market. Prichard's skill and talents are evident; all the characters sound true and absolutely real. Listeners hear Scout's developing wisdom and maturity as the story progresses. Prichard achieves the monumental task of creating--and maintaining--authentic voices for a diverse group of characters while infusing the story with emotional resonance. This stunning production captures the listener and doesn't let go. M.A.M. An AUDIOFILE Earphones Award winner (c)AudioFile, Portland, Maine --This text refers to an out of print or unavailable edition of this title. --此文字指其他 kindle_edition 版本。

"Miss Lee wonderfully builds the tranquil atmosphere of her Southern town, and as adroitly causes it to erupt a shocking lava of emotions." (San Francisco Examiner ) --此文字指其他 kindle_edition 版本。

Harper Lee was born in 1926 in Monroeville, Alabama. She is the author of the acclaimed To Kill a Mockingbird and Go Set a Watchman, which became a phenomenal #1 New York Times bestseller when it was published in July 2015. Ms. Lee received the Pulitzer Prize, the Presidential Medal of Freedom, and numerous other literary awards and honors. She died on February 19, 2016.

Modeo
5.0 颗星，最多 5 颗星 After reading
2018年4月4日
已确认购买
It is the first book I read in English. At first, my purpose to read the book is mainly to improve my reading skills and ability. However, in addition to the improvement of the reading skills, I learn a lot more in the book, such as the way to treat other and the way to think. Meanwhile, I regard that I could do better in writing after reading the book. They are the reasons that I think the book is worth reading.
And here is a suggestion I would like to give for some English learners. If it is the first book that you plan to read, don't try to understand every sentence. It is even common when you spent 10 minutes with 1 paragraph, and didn't understand it in the end, since some sentences are really difficult. Still, it is a suitable book for you guys to read.

NK
5.0 颗星，最多 5 颗星 Beautiful writing! Strongly recommend!
2016年4月27日
已确认购买
I can't agree more with other comments for this book. It is beautifully written, I can really feel the seasons change and the story was told graduately, you just can't help reading on and on.Happy reading!
阅读更多
3 个人发现此评论有用
有帮助
回应 报告滥用情况