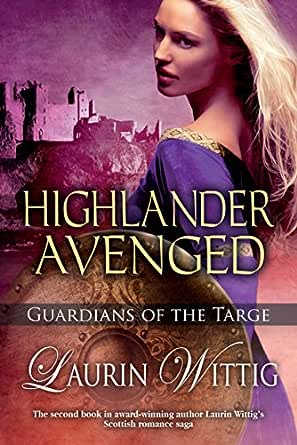 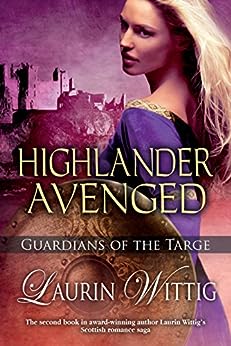 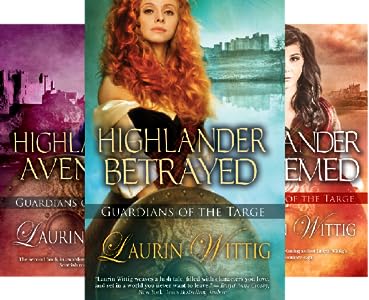 TracyJane
4.0 颗星，最多 5 颗星 Good, but not as good as the first
2014年7月7日 - 已在美国亚马逊上发表
已确认购买
I thought this was a good read, but I liked the first book a little better.

Jeanette and Malcolm are extremely likable leads and I found myself really rooting for their HEA. And for awhile that seemed hopeless.

Ms Wittig does a superb job of writing this story - the imagery she depicts makes it very easy for the reader to picture the scenes.

While it is oblivious that this tale is not over, I am sure I will read the next book - Even though, I don't really care for Scotia - she was a spoiled flirt in the first book and portrayed as bitter and self centered in this book. After what happened with Myles in this book because of Scotia's self centeresness - I am not sure I can forgive or respect her.

I am also getting a strong "Charmed" vibe - you know "the power of three will set you free" kind of feeling.

bookwoman
5.0 颗星，最多 5 颗星 Duty first.
2014年12月29日 - 已在美国亚马逊上发表
已确认购买
Jeanette thought she would be the next Gaurdian of the Highland Targe but her cousin was chosen. She trained her whole life to do it plus she was a trained healer. She goes out walking and meets Malcolm who agrees to helping her clan in exchange for her skills at healing. She then finds out she is a Gaurdian and has the powers of a seer. She and Malcolm have fallen in love. He has the duty of fighting for the Scottish king and to take over as the Laird of his clan. Will they be able to be together? Loved this book can't wait for the next one.
阅读更多
1 个人发现此评论有用

CaliReader
3.0 颗星，最多 5 颗星 Nice Story
2015年5月24日 - 已在美国亚马逊上发表
已确认购买
This was a nice story, just a little bland. Let's face it most romance novels are predictable, this one follows the format. The romance between Nicholas and Rowan isn't overly romantic. I like a romance where it is difficult for the main characters to get together, this one didn't seem that there were too many obstacles for Nicholas and Rowan to overcome to get together. It is well written and the characters are likable it just wasn't so good I would read again. As a matter of fact I am not sure if I will read the next two stories in this series.
阅读更多
1 个人发现此评论有用

Barbara McKeel
5.0 颗星，最多 5 颗星 Great read !
2017年9月18日 - 已在美国亚马逊上发表
已确认购买
I claim Scot ancestry in part, and reading of the struggles of my ancestors is very enlightening and also makes me feel a personal pride too even tho the family lest generations ago and I'm proud to be American also with no reservations. God bless both countries because there is plenty of Scot blood in plenty of us here as well as many other strong emigrants who who've built this great country instead of trying to destroy it!
阅读更多
加入亚马逊Prime，从此免运费
亚马逊Prime会员可享海外购美/英/日/德跨境免邮，全年无限次！更有免费无限次阅读电子书服务
> 立即加入
了解我们
合作信息
帮助中心和购物指南