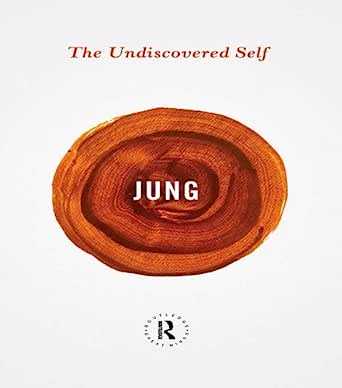 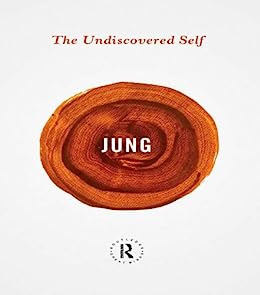 Andrew
5.0 颗星，最多 5 颗星 I am Jungian
2017年7月10日 - 已在美国亚马逊上发表
已确认购买
This is a great, to the point critique of modernity. Jung starts of criticizing the very basis for how this system is run, through statistics and big data. The superimposed structures and the culture that flows from it, is based off of a statistical caricature of what a "modern" being looks like. The "individual" is replaced by the "mass."

John Lennon's Working Class Hero rings loud here, for these structures are socially conditioned upon us since birth. Heck, I am still recovering from what is known as public education here in the states and I have been out of that deplorable prison for six years. The modern being is objectified into socially constructed roles, all in the means of achieving greater efficiency of production and clarity into the behavior of the mass consumer. What's more, none of this exists beyond the surface level. These are imagined roles, re-created for the purpose of serving the State.

In Jung's words: "The State in particular is turned into a quasi-animate personality from whom everything is expected. In reality it is only a camouflage for those individuals who know how to manipulate it."

The State and the Market have replaced the historical units of support, the family and the community, for the modern being. With this, individual material well-being has skyrocketed, by most estimates the purchasing power parity has increased seven fold in the last few centuries. To put that into perspective, the modern day commoner is living a materially richer life than an aristocrat from the Belle Époque. But the real question posed should be: Is he happier? For a human being is more than just a number. Happiness cannot be measured by GDP per capita and the CPI. Depression, anxiety, suicide these are the diseases of the modern world and if they are, then something most be fundamentally wrong with how we are living our life.

The fundamental question that should be posed is: By giving up a big portion of our individuality, we are able to help preserve the larger of the entire species. In doing so, we give up our own individual freedom, but we have a much more comfortable and clairvoyant life. Is this all worth it?

This is a personal question. It must be answered by each and everybody individually. I ascribe to the theory that, if you don't know to even ask this question, it has already been answered for you. In other words, Matrix got it wrong, there are no pills to swallow. Or rather you do not choose which pill you are going to swallow, the pill has already been chosen for you, and you operate within the parameters of your own conscious existence, akin to Jungian archetypes. Hence, why I will never call myself an existentialist despite believing in individual human freedom. I think freedom exists, but in a limited dosage, whatever that may mean, and this particular dosage cannot be objectified into a particular human pattern, for it would then cease to be authentic freedom.

Lastly, there is some great analysis offered into the root of today's ill wills. Jung describes the inherent flaws of why any sort of drastic, radical change does not happen and why any revolution is destined to fail from the start. He says, in reference to revolutionaries, "Since the former is always anarchic and turbulent, the freedom of the 'liberated' underdog must suffer Draconian curtailment. All this is unavoidable, because the root of evil is untouched and merely the counterposition has come to light." What is the counterposition? A few pages later Jung further states, "I am a man, who has his share of human nature; therefore I am guilty with the rest and bear unaltered and indelibly within me the capacity and the inclination to do them again at any time. Even if, juristically speaking, we were not accessories to the crime, we are always, thanks to our human nature, potential criminals. In reality we merely lacked a suitable opportunity to be drawn into the infernal melee."

We are living in turbulent political times. The source of our ill will is blamed, daily on the Trump Administration. I imagine Jung's reply to this would be as such, "We therefore prefer to localize evil with individual criminals or groups of criminals, while washing our hands in innocence and ignoring the general proclivity of evil." Trump is a self-serving, egomaniac but by scapegoating him for our problems we are treating the structural mechanisms that are causing these very problems as an aberration from reality. The true problem, is as Jung has defined himself, with the nature of man and the superimposed structure of modernity that he uses to guide himself through life. If the sole purpose of life is the pursuit of a relative, external conception of pleasure, then we are doomed from the start because then our happiness is outside of our own control. With the structure of the international economy undergoing vast changes since the 1970s due to technological forces outside of any one particular beings control, there now exists an entire demographic of people that are losers to the system that they have so bravely believed in, that on the 4th day of every July, they took the time of their day to participate in "America the home of the free and the land of the brave" chants. The real tragedy is that they still actually believe in this truth, so much so, that they elected a man, a man who Jung would probably justifiably state knows how to manipulate the system, because he embodied, in their minds, this simple oath on which they built the meaning of their life.

As is stated in the book, a bunch of zeros do not make a one. However, ridiculing these people is no solution. We are all responsible for a Trump election, even if we did not vote for him, for we all willfully participate in the cultural life of this country. What's more, the Trump opposition, or the one's who saw through his chauvinistic display of a hope for a better future, are in all real honesty the main benefactors from the losses that his loyal devotees have suffered from. We all want cheaper goods, for it inherently provides us with what modernity claims to be a better life experience. Hence, the latest political circus is nothing more than the complete embodiment of the wage of war between the "have's" and the "have not's."

That is it, rant over :) I do apologize for it, I realize that this is meant to be a book review and not necessarily the place for my personal interpretation of the book, however, this book provided me with a lot of "food for thought" as they say, and I needed a place to write it all down. There is plenty more greatness in this book. I definatly recommend reading it. Cheers!

Jonathan Wright
5.0 颗星，最多 5 颗星 A Great Starting Point for Young Jungians...
2018年3月1日 - 已在美国亚马逊上发表
已确认购买
Great intro to Jung. Seriously, if you want to start reading Jung, start here. This is the best work of his to help ease readers into his style of writing and vernacular. Jung can be quite difficult, not as rough as Nietzsch but quite difficult still. This book is also a great intro because he gives some great insights into this theories especially as they pertain to politics and patriotism.
阅读更多
38 个人发现此评论有用

Nathan C. Smith
5.0 颗星，最多 5 颗星 A gem
2018年3月31日 - 已在美国亚马逊上发表
已确认购买
What can I say? Carl Jung is a master of human psychology. Even if you don't agree with all of his theories, his depth of understanding of the human mind is always profound and insightful. And this book is a great place for anyone who finds his more abstruse works to be a little daunting. It's very straightforward and simple.
阅读更多
8 个人发现此评论有用
加入亚马逊Prime，从此免运费
亚马逊Prime会员可享海外购美/英/日/德跨境免邮，全年无限次！更有免费无限次阅读电子书服务
> 立即加入
了解我们
合作信息
帮助中心和购物指南