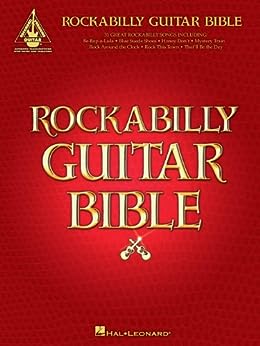 Founded in 1947, Hal Leonard LLC has become the worlds largest print music publisher, representing some of the greatest songwriters and artists of all time. We are proud to publish titles of interest to all musicians as well as music lovers, from songbooks and instructional titles to artist biographies and instrument price guides to books about the music industry and all the performing arts. --此文字指其他 kindle_edition 版本。

Drew Patton
4.0 颗星，最多 5 颗星 overall, a must-have
2021年11月16日 - 已在美国亚马逊上发表
已确认购买
As the title states, overall it's a must-have for anyone pursuing the genre, all classic songs and the transcriptions are close enough; I do have two complaints, though.

First, this and every other music book should be spiral bound... just basic logic of functionality here. I know it costs more but I would have paid more.

Second, and this is a biggie... this book is extremely white, by which I mean all the songs are by white people. I don't mean this as a... 2021 criticism where I want people of color included for the sake of people of color being included, but for this genre, not acknowledging any of the black musicians is to not acknowledge the founders of the genre. One could argue that the likes of Elvis are more recognizable than, say, Ray Sharpe... but this book doesn't even have a song by Chuck Berry, and Johnny B Goode is probably the most famous rockabilly song of all time. I'm sure the authors weren't intentional in this, and I'd even bet that there was some legal issue getting Chuck included since he has his own book, but... still.

Amazon Customer
4.0 颗星，最多 5 颗星 Nice Introduction
2006年11月22日 - 已在美国亚马逊上发表
已确认购买
This book gives you a great introduction to the classics of Rockabilly. Elvis, Eddie Cochran, Gene Vincent, The Stray Cats are all included in this collection. Some of the the tabs aren't exact, but they are close enough for government work. The differences are slight and it would take an expert to be able to tell any difference between the recorded version and the included tabs. It has a really nice cross section of songs and this really would be the perfect companion for someone who wants to learn some of the classic songs of the genre.
阅读更多
45 个人发现此评论有用