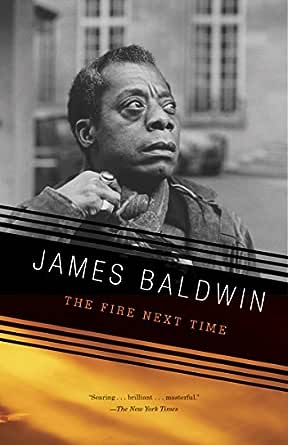 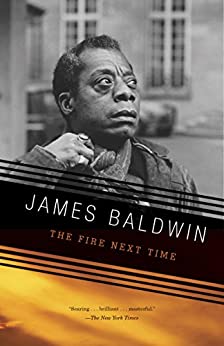 "So eloquent in its passion and so scorching in its candor that it is bound to unsettle any reader. As a novelist and writer of uncommon talent, James Baldwin plunges to the human heart of the matter." --此文字指其他 kindle_edition 版本。

James Baldwin (1924-1987) was educated in New York. His first novel, Go Tell It on the Mountain, received excellent reviews and was immediately recognized as establishing a profound and permanent new voice in American letters. The appearance of The Fire Next Time in 1963, just as the civil rights movement was exploding across the American South, galvanized the nation and continues to reverberate as perhaps the most prophetic and defining statement ever written of the continuing costs of Americans' refusal to face their own history. It became a national bestseller, and Baldwin was featured on the cover of Time. The next year, he was made a member of the National Institute of Arts and Letters and collaborated with the photographer Richard Avedon on Nothing Personal, a series of portraits of America intended as a eulogy for the slain Medger Evers. His other collaborations include A Rap on Race with Margaret Mead and A Dialogue with the poet-activist Nikki Giovanni. He also adapted Alex Haley's The Autobiography of Malcolm X into One Day When I Was Lost. He was made a commander of the French Legion of Honor a year before his death, one honor among many he achieved in his life.

Michelle Ryan
5.0 颗星，最多 5 颗星 Every word rings true.
2017年2月4日 - 已在美国亚马逊上发表
已确认购买
Should be required reading for every American. Rarely have I read words of such clarity, elegance and insight in any subject. That Baldwin was able to write in this way about race is a gift to all who wish to heal our deep national wound. And we should all wish to heal it. Every word rings true.

Baldwin was that rare person who has a deep understanding of the frailty, nobility and beauty of the human soul. His compassion and humanity shines forth through every brilliant word in this powerful book. He wrote from a place few have been able to attain, sharing home truths without harsh cruelty, but with great clarity and authority. Sadly, what he wrote in 1963 in this book applies to this day: We have not yet learned what he was trying so hard to teach us and we have much left to do. Read this book, let its profound lessons guide you deep into self inquiry, so that you too might understand the nature of your soul, and perhaps become a better human being in the process.

Kindle Customer
5.0 颗星，最多 5 颗星 Great read for white people
2018年8月1日 - 已在美国亚马逊上发表
已确认购买
Baldwin describes very personal pre-1970s experiences with racism, including his interactions with Malcom X and Elijah Muhammad, two critical black leaders that white people tended to fear rather than understand. As a white person, the historical context provides a broader perspective regarding the racism of the 2000s. On the one hand, its only been 50 years since the 1965 Civil Rights Act; yet on the other hand, its been 50 years since the Civil Right Act. Generations of older whites were raised in racist families, and unfortunately, subsequent generations of young people have grown up in racist families. How much longer will open racism and unacknowledged racial bias be the rule?

An additional Baldwin focus is the frustration and hopelessness of millions of black men who see few occupational and educational opportunities, and have 100s of years of deathly experiences with white law enforcement. Baldwin's letter to his nephew is far superior to Te-Nihisi Coates book.
阅读更多
15 个人发现此评论有用

Gabriel Doe
5.0 颗星，最多 5 颗星 I thought of myself as an articulate, deep thinker, and worldly..
2016年9月2日 - 已在美国亚马逊上发表
已确认购买
I thought of myself as an articulate, deep thinking, and worldly individual, however, after reading how eloquently Mr. James Baldwin captured so perfectly the global (especially American) misconception and political Hippocrates we all face even today, regardless of "colour/color" I know, with great humility, what it feels like to walk amongst literary giants and to acknowledge what a fool I am!
阅读更多
29 个人发现此评论有用
加入亚马逊Prime，从此免运费
亚马逊Prime会员可享海外购美/英/日/德跨境免邮，全年无限次！更有免费无限次阅读电子书服务
> 立即加入
了解我们
合作信息
帮助中心和购物指南