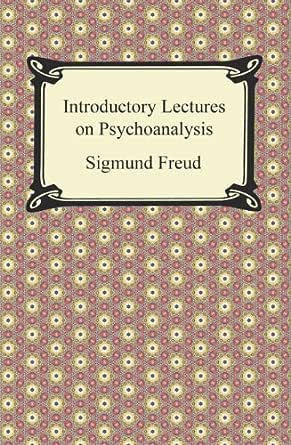 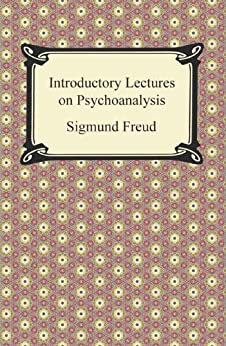 James Crue
5.0 颗星，最多 5 颗星 Serves as a fantastic introduction. Freud speaks very reasonably and sensibly.
2017年9月19日 - 已在美国亚马逊上发表
已确认购买
I loved this book. Freud goes from dreams to parapraxes to symptoms to transference and analysis. Freud speaks very sensibly and compassionately. It is an easy read but really serves as a great introduction to psychoanalysis. I personally have been studying Lacan for the past 2.5 years and I have only read secondary works on Freud up to this point. This was my first book by Freud that I have read and I loved it. I have already bought "Beyond the Pleasure Principle" and "Civilization and its Discontents" and I look forward to reading them.

So many people think they know Freud, yet they have never read anything by him. Freud speaks very reasonably. There were some pieces of material that were very dubious indeed, but the majority of Freud's teachings in this book were very sensible (i.e. the logic behind dreams, parapraxes and symptoms, the repetition of behavior formed at a young age).

I highly recommend this book.

john in bham
4.0 颗星，最多 5 颗星 Read before you're too Jung
2013年5月2日 - 已在美国亚马逊上发表
已确认购买
I once read an abbreviated version of this book at a music professor's house while my girlfriend was rehearsing in the other room, and it immediately forced me to appreciate the phenomenon of the "Freudian slip of the tongue." After a few weeks, I wanted to finish the book, but I couldn't remember the name. I got on my beloved Amazon.com and looked around, eventually finding this much larger version of the same lecture series. It's fascinating, it truly is, but having read an introduction to Jung alongside it (which told me of Freud's intellectual rigidity), I started reading Freud with an equally closed mind to his own, meaning I read his lectures far more critically than I might otherwise have done with a "nicer" chap's work. Still, his theories are sound (for their time) and the readability is what you might find in a history book written about the same time period (i.e. it's not overly scientific, but the translations from German are garbled sometimes).
阅读更多
5 个人发现此评论有用

V. Puller
5.0 颗星，最多 5 颗星 Excellently written
2012年1月19日 - 已在美国亚马逊上发表
已确认购买
Very well written and easy to read. Main concepts of psychoanalysis are introduced in the first three chapters on the example of the slips-of-the-tongue. The next several chapters deal with the dreams. The final part of the book is a theory of neurosis, which is difficult to read without having some special medical knowledge.

The explanations given are quite enough to try doing simple analysis on oneself. Freud is a superb writer and the translators did a good job as well.

I recommend this book to everyone who wants to learn about psychoanalysis. The only shortcoming is that the book reflects an outdated (100-years old) view on the subject, but I am unaware of anything more modern that would be equally interesting to read.
阅读更多
1 个人发现此评论有用