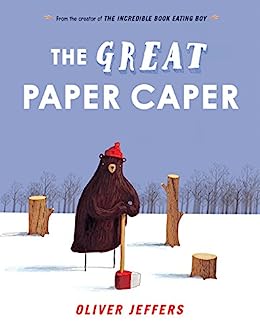 'When asked to review my father's memoir!I was thrilled. My father has had a rip-roaring life, created countless cock-ups on all four continents and writes like a dream!Highly enjoyable reading.' Rachel Johnson, Evening Standard 'A hilarious memoir.' Sunday Times 'This is a very funny book - Stanley devotes most of his autobiography to telling jokes at his own expense.' Andrew Gimson, Daily Telegraph 'Laugh out loud funny -- once you've read it you'll understand a lot more about what makes Boris tick.' News of the World 'A wonderful jaw-dropping account of a rollercoaster life. Johnson senior does not disappoint!the book is a triumph.' Anne Robinson 'Poet, explorer, irresistibly funny!This lovely book reflects its author's delightful personality.' Esther Rantzen 'From the early days of running across a mat of spring flowers at the stadium at Olympia, to a standing ovation at the Berlin Film Festival, via the politics and people of his time, Stanley Johnson's life sparkles with a joy of living. He writes with the wit and humour of a true raconteur. "Stanley, I Presume?" is a fascinating read of a fascinating life.' Zoe Wanamaker 'There's no-one I'd rather go into the jungle with.' Joan Bakewell 'This is a happy book about a happy life, tempered with poetry and sadness![Johnson] says he very much doubts there will be a sequel, but I hope there is. We could do with much more of this sort of writing.' Country Life --此文字指 hardcover 版本。

Stanley Johnson is an author, environmentalist, and politician. Stanley's career has seen him write successful thrillers, confront seal-clubbers on ice-floes, and be hailed for his work by Greenpeace.
--此文字指 hardcover 版本。

From Publishers Weekly
Jefferss (The Incredible Book-Eating Boy) forest creatures have dots for eyes and sticks for legs; they live in tidy holes in the ground, equipped with home offices and washing machines. Responsible citizens, they notice that trees in their forest are missing big branches, and organize themselves to find the perpetrator—readers know from the outset its the bear, in need of paper for a paper airplane contest. The drama unfolds in neatly paced vignettes and comic book–style panels with the rounded corners of old television sets. Jeffers joins the speech balloons to his characters mouths with ruled pencil lines; his spidery writing is a sweetly incongruous vehicle for fast-moving patter (Ill be the detective and you can be the judge, the beaver tells the deer. Why do I have to be the judge? the deer protests, and waves a hoof toward the pig. Why not him? Im the prosecutor, thats why, says the pig). The conclusion nods toward forgiveness and restorative justice, but its the anti-crime tape that gets the laughs. Jeffers lobs a joke or two over the heads of young listeners, a gesture that will be welcomed by presiding adults. Ages 3–5. (Jan.)
Copyright © Reed Business Information, a division of Reed Elsevier Inc. All rights reserved.

From Booklist
The denizens of the forest notice that something is amiss. Tree branches that were there the day before are gone, and worse—some trees aren’t there at all. They all blame each other, but each turns out to have an alibi. So together they launch a full-bore investigation, which consists of pretty much getting nowhere. Until, that is, they discover a paper airplane with telltale bear prints that lead them to the culprit. Turns out the bear just wanted to win a paper-airplane contest so bad he had run out of paper perfecting his model and cut down the trees to make more. The artwork, clean and simple and inviting, is the highlight, with adorably offbeat critters and subtle visual jokes, a few of which younger readers may not catch on to (the pig’s alibi is that he was busy making bacon at the time), but most will garner a share of grins. True, there isn’t much of a message—aside from not wasting paper—but it’s funny and charming and weird, with little giggles to be found again and again. Preschool-Kindergarten. --Ian Chipman

From School Library Journal
Kindergarten-Grade 3—There's something amiss in the forest, as branches are mysteriously disappearing. At first, the animal friends accuse one another but when alibis pan out, they realize that they have a thief on their hands. Setting out to solve the mystery, they discover that the bear has been stealing branches and making them into not-very-good paper airplanes for a competition. After a short trial, he confesses and agrees to replant the trees he has destroyed, and the other critters help him reuse the wasted paper to create a prizewinning entry. Managed forestry is the theme of this book that features folk-art-style animals with funny little stick legs. The mixed-media illustrations nicely complement the spare yet eloquent text. Though this clever title may need hand-selling to readers, teachers will welcome it for lessons on the environment.—Angela J. Reynolds, Annapolis Valley Regional Library, Bridgetown, NS, Canada
Copyright © Reed Business Information, a division of Reed Elsevier Inc. All rights reserved. --此文字指其他 kindle_edition 版本。
阅读更多

Ingrid Sawubona
5.0 颗星，最多 5 颗星 Great caper story!
2018年7月11日 - 已在美国亚马逊上发表
已确认购买
In a world where trees are very important, forest critters start noticing that their tree branches are mysteriously disappearing. At first they accuse each other, but they soon realize that they need to find an unaccounted-for thief.

In an imaginative “whodunit”, they set out to solve the mystery, only to discover that the BEAR had been stealing the branches to make his not-so-good paper planes for the upcoming Paper Airplane Competition. After a short trial, he sincerely apologizes for his crime and agrees to replant the trees.

I love the adoring folk-art-style artwork; I appreciated the detailed illustrations, and although I think that the message is slightly moralistic, I enjoyed this book immensely, but the part that I liked the most, is the bit that follows after the bear’s confession. So, go read the book! You’ll love it!

5.0 颗星，最多 5 颗星 Great caper story!
2018年7月11日 在美国审核
In a world where trees are very important, forest critters start noticing that their tree branches are mysteriously disappearing. At first they accuse each other, but they soon realize that they need to find an unaccounted-for thief.

In an imaginative “whodunit”, they set out to solve the mystery, only to discover that the BEAR had been stealing the branches to make his not-so-good paper planes for the upcoming Paper Airplane Competition. After a short trial, he sincerely apologizes for his crime and agrees to replant the trees.

I love the adoring folk-art-style artwork; I appreciated the detailed illustrations, and although I think that the message is slightly moralistic, I enjoyed this book immensely, but the part that I liked the most, is the bit that follows after the bear’s confession. So, go read the book! You’ll love it!

Fossil
4.0 颗星，最多 5 颗星 My son loves this
2011年9月19日 - 已在美国亚马逊上发表
已确认购买
While this isn't his favorite book, my son still loves this book and asks for it at least once a week.

'How to Catch a Star' and 'Lost and Found' are better, but if you have them already you will not regret getting this too.

I wish all these books were available in 'board' format, but alas they aren't. The large format with heavy paper stock pages means that you have to ensure your toddlers don't get their hands on them, or they will soon be ruined. I have the above two in board format, and they are much more convenient like that.

The main thing that makes this weaker than the titles mentioned above is that it uses additional text 'hidden' in the pages, so you don't have a straightforward repeatable narrative unless you skip that stuff. There are also pages with no text at all, that require explanation. While these features make the book more 'arty' they don't necessarily improve it as a book for small children. Toddlers seem to enjoy repetition and predictable experiences. My son knows books like 'The Gruffalo' and 'Lost and Found' off by heart, and will repeat them with me as I read, but he has never done that with this one.

There's also a lack of a distinct character to relate to: the bear doesn't really get to say anything until the end, and the other characters are vague ciphers at best. That's not to say that kids won't like the bear character or be interested in him, but they don't really get enough to satisfy their curiosity.

The above defects aside, this is one of the better books out there, but it might be more suitable for children approaching school age, who are equipped to appreciate some of the detail in it - or you may find it too simple for them - I'm not quite sure what audience it's aimed at, and I think that lack of focus is what stops it being a big hit like 'The Gruffalo'.

My son was also very interested in the idea of people living underneath trees, but this isn't really developed into much. There are certainly some fun ideas in here: a good book, but not a great one.
阅读更多
5 个人发现此评论有用

Jaynee
5.0 颗星，最多 5 颗星 Super cute book
2017年2月25日 - 已在美国亚马逊上发表
已确认购买
What a cute story. Love the book, author and illustrator did a fantastic job. I like that they added how too make different kinds of paper airplane into the beginning and end of the book. My son loves the book.
阅读更多

Jennifer R.
5.0 颗星，最多 5 颗星 Even as an adult I love this book!
2011年10月1日 - 已在美国亚马逊上发表
已确认购买
Oliver Jeffers is one of my favorite author/illustrators! We own almost all of his books and love every single one. Each story is so fun to read and the illustrations are so much fun! This story is one of my favorites of his...especially at this age of conservation of our resources. Great conversation starter if I choose...otherwise, a great story just for fun!
阅读更多
加入亚马逊Prime，从此免运费
亚马逊Prime会员可享海外购美/英/日/德跨境免邮，全年无限次！更有免费无限次阅读电子书服务
> 立即加入
了解我们
合作信息
帮助中心和购物指南