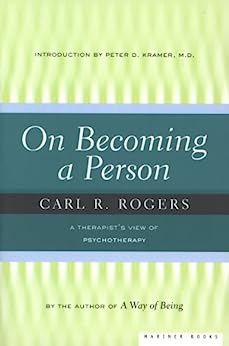 On Becoming A Person: A Therapist's View of Psychotherapy (English Edition) Kindle电子书

The late Carl Rogers, founder of the humanistic psychology movement, revolutionized psychotherapy with his concept of "client-centered therapy." His influence has spanned decades, but that influence has become so much a part of mainstream psychology that the ingenious nature of his work has almost been forgotten. A new introduction by Peter Kramer sheds light on the significance of Dr. Rogers's work today. New discoveries in the field of psychopharmacology, especially that of the antidepressant Prozac, have spawned a quick-fix drug revolution that has obscured the psychotherapeutic relationship. As the pendulum slowly swings back toward an appreciation of the therapeutic encounter, Dr. Rogers's "client-centered therapy" becomes particularly timely and important.