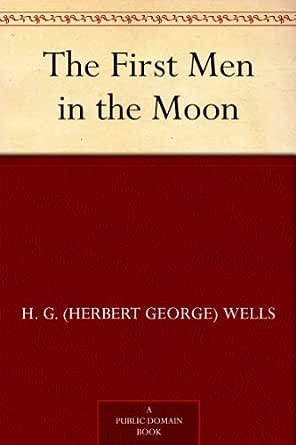 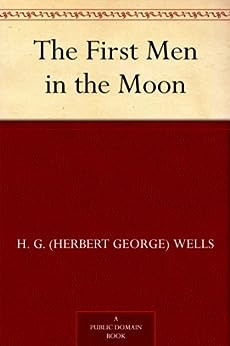 发售日期: 2012年12月13日 | 系列: 免费公版书
This book was converted from its physical edition to the digital format by a community of volunteers. You may find it for free on the web. Purchase of the Kindle edition includes wireless delivery.
显示更多
显示更少

Kindle Customer
4.0 颗星，最多 5 颗星 The Moon is much more interesting that previously suspected. Very Good Science Fiction
2014年7月30日 - 已在美国亚马逊上发表
已确认购买
I was surprised at how much I enjoy this book. I downloaded it from Amazon eons ago and never even thought twice about it. However I play a game with my self on my kindle when picking a new book. I look away while I scroll up and down the book choices. Then I stop and I pick a book from what is on screen.

I found parts of it quite funny. However looking back, I wonder if they were funny on purpose or I am seeing it wrong. Some bits were quite brilliant. Some bits were a bit sexist. I think our narrator Mr. Bedford is a big jerk and there is no way Star Trek Academy would let him in the door. Hell there is probably a big section in there first contact manual's about how not to do something labeled Mr. Bedford.

It was a very interesting science fiction novel. I don't understand why it is not better known. I think the world building was wonderful. I know that the moon is not really that way but it is science fiction. Our moon is a dead thing but maybe there is another world out there with a moon such as this book's one. I like the descriptions of the aliens. Backtracking I know but the world building is very good. There is lots of layers, lots of details.
Recap. Very good science fiction but dated. Don't let you stop you from reading this book. Mr. Bedford in my opinion is a jerk. Wells made me want this moon.

Clark Hallman
3.0 颗星，最多 5 颗星 The Classic Creativity of H.G. Wells is Worth Reading
2012年7月13日 - 已在美国亚马逊上发表
已确认购买
In The First Men in the Moon, by H.G. Wells, a scientist named Cavor develops a substance named cavorite, which shields the force of gravity. He and a businessman friend, Bedford, construct a spherical structure using cavorite and travel to the Moon. They discover a Moon that has enough oxygen in its atmosphere for humans to breathe and a reduced gravity that enables them to travel quickly by taking extremely long jumps. They also discover an active biosphere with rapidly growing plants, and intelligent human-insect creatures called Selenites. The Selenites live inside the Moon, not on its surface. Cavor and Bedford are taken captive by the Selenites, but Bedford escapes from captivity and manages to fly the sphere back to Earth along with a quantity of gold that makes him a wealthy man. He tried to rescue Cavor before he left the moon, but could not find him. Instead he found a note from Cavor and some blood that made him believe Cavor was dead. However, it turns out that Cavor was not dead, and he eventually sends a series of radio messages to Earth, which are very descriptive of the Selenite society and life on the Moon. This is a classic work of science fiction and Wells includes very creative descriptions of the vessel that carries Cavor and Bedford to the Moon and brings Bedford back to Earth. He also provides detailed descriptions of the Moon and its environment. Wells created a very interesting habitat and society on the moon, which is remarkable for a book published in 1901. The last twenty-five percent of the book, consisting primarily of Cavor's messages describing the moon and the Selenite physiology and society, was the most interesting part of the book for me. I would probably categorize this book as a fantasy because today's scientific knowledge of the Moon negates most of Wells' descriptions. However, it still conveys his amazing creativity and I'm glad I finally read it.
阅读更多
3 个人发现此评论有用

Actingtheatrecat
5.0 颗星，最多 5 颗星 Audio Book is AWESOME!
2011年3月8日 - 已在美国亚马逊上发表
已确认购买
My first introduction to "Alien Voices" was the live showing of The Lost World. They had taken a forgotten art; Radio, and made it come to vivid life. Just their theme gets you in the mood with the gorgeous voice of John De Lancie saying "Alien Voices," lets you know you're in for something special. If you've read any of my other reviews, you know I love audio books. They pass the time when driving, help me chill during traffic, and really make me enjoy the walk with the dog! :)

I bought this particular book for my mother when she had glaucoma surgery and knew she'd be entertained. Being in her 80's, she said it was like listening to an "old time radio show," having had the pleasure of hearing some of those (thanks to my parents), I totally agree.

This particular book; "First Men in the Moon," is brilliant (and also has a guest "voice" of William Shatner). It's hard to imagine that H G Wells was so incredibly far ahead of his time. His stories (even though out-dated as far as actual facts for our modern minds) still envelopes you and takes you away to the wonderful worlds he creates.

"Alien Voices" has brought these brilliant stories to new life and hopefully are introducing them to new audiences who would leave the paperback on the shelf because it's just "some old book." Thank YOU John De Lancie and Leonard Nimoy for bringing these wonderful books to life. I only wish they were more affordable! :)

Take my advice, try ANYTHING "Alien Voices," you'll be as hooked as I am.
阅读更多
1 个人发现此评论有用

illiandantic
4.0 颗星，最多 5 颗星 Very Good Classic Science Fiction
2013年10月16日 - 已在美国亚马逊上发表
已确认购买
H.G. Well's "The First Men in the Moon" (published in 1901, so it's long out of copyright and there are free editions on the web) is a Very Good (4 stars out of 5) piece of classic Science Fiction. It's nicely written with good descriptions and good characters (though the main character is a wee bit of a jerk). The one thing that I wish were different is the "addendum" that continues the book after what we would normally consider the end. This last 20% of the book has a different tone from the earlier 80%. Whereas the first part of the book is more of an adventure type of book, the last bit is where Wells puts in a lot of his socioeconomic concepts. It definitely changes the pace of the book. But, still, it's well worth reading.
阅读更多
3 个人发现此评论有用
加入亚马逊Prime，从此免运费
亚马逊Prime会员可享海外购美/英/日/德跨境免邮，全年无限次！更有免费无限次阅读电子书服务
> 立即加入
了解我们
合作信息
帮助中心和购物指南