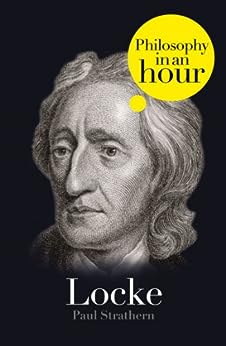 Philosophy for busy people. Read a succinct account of the philosophy of Locke in just one hour.

Much of Locke’s thought we would now regard as common sense. One of the most influential of Enlightenment thinkers; his philosophy was to lay the foundations of empiricism with its belief that our knowledge of the world is based on experience. Locke’s work introduced the idea of liberal democracy – a concept that has become the shibboleth of Western civilisation. People who can’t even spell philosophy are now likely to accept these ideas; just over three centuries ago they were incomprehensible.

Here is a concise, expert account of Locke’s life and philosophical ideas – entertainingly written and easy to understand. Also included are selections from Locke’s work, suggested further reading, and chronologies that place Locke in the context of the broader scheme of philosophy.

Stephen Fawcett
5.0 颗星，最多 5 颗星 Succinct and easy to read.
2016年6月11日 - 已在美国亚马逊上发表
已确认购买
My second read of this series. Locke someone whom I had admired greatly yet knew little of. A great book that covers a breadth and depth satisfactory for introduction and whetting the appetite.
阅读更多