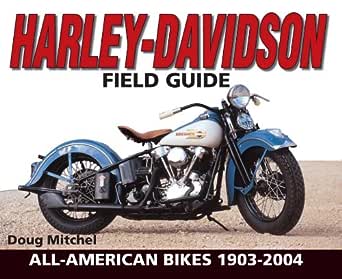 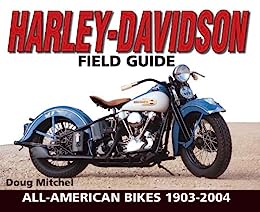 jallen
3.0 颗星，最多 5 颗星 Nice Photos but some Incorrect Information
2013年3月20日 - 已在美国亚马逊上发表
已确认购买
This book has some nice photos documenting the history of Harley Davidson, but some of the facts are incorrect. For example, the 1957 Sportster is described as a completely new model, with no carryover from previous models, but in truth, it was based on the K Model frame and components. Other books I have state that Harley had originally intended the K to have and OHV engine, but development was not not far enough along in the early 50s. The book also states that with the exception of the ServiCar, flathead production ended with the KH and KHK. Harley continued to produce successful racing versions of the engine for the KR models through the 60s. Also the Hummer is said to be Italian, but was actually made in the US using a German engine design acquired through war reparations. I don't know what else is incorrect, but the misinformation I noticed makes me wonder.
阅读更多

THOMAS M REID
2.0 颗星，最多 5 颗星 Received damaged.
2020年8月15日 - 已在美国亚马逊上发表
已确认购买
Content of book was as advertised but was received from Postal Service partially open and all the pages had different degrees of water damage.
阅读更多

Aventino68
1.0 颗星，最多 5 颗星 Disappointing
2015年5月19日 - 已在美国亚马逊上发表
已确认购买
No technical specs, no info on changes to models or engines. Facts included telling me that touring models were for touring and they have panniers. That's it. Surely more info wouldn't have been out of place, it does say field guide.
阅读更多

Bill Wimberly
4.0 颗星，最多 5 颗星 Super Hogs for Super Hiways.
2014年4月25日 - 已在美国亚马逊上发表
已确认购买
This is a great book. Plenty of pictures. If you know any thing about Harleys read this book. If you don't know anything about this great motorcycle then you must read book. I pick it up all time just to look at the pictures and there is plenty of great ones from the beginnings to the Hogs that now ride the Super roads.
阅读更多
加入亚马逊Prime，从此免运费
亚马逊Prime会员可享海外购美/英/日/德跨境免邮，全年无限次！更有免费无限次阅读电子书服务
> 立即加入
了解我们
合作信息
帮助中心和购物指南