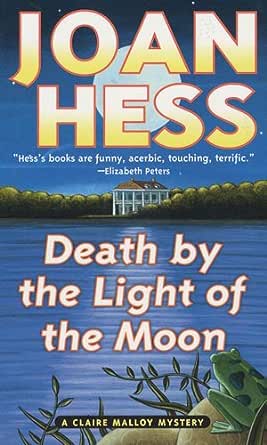 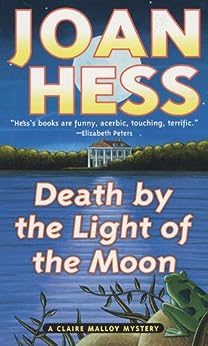 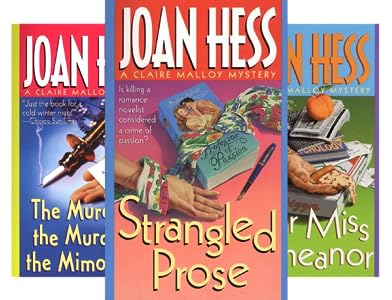 Joan Hess is a winner of the American Mystery Award and the author of twelve previous Claire Malloy books, including Roll Over and Play Dead, A Diet to Die For, A Conventional Corpse, Dear Miss Demeanor, andStrangled Prose, as well as the Maggody mystery series. A member of Sisters in Crime and a former president of the American Crime Writers League, she lives in Fayetteville, Arkansas. --此文字指其他 kindle_edition 版本。
阅读更多
click to open popover

T. Williams
4.0 颗星，最多 5 颗星 Enjoyable
2013年5月21日 - 已在美国亚马逊上发表
已确认购买
Claire Malloy and her daughter are attending a gathering of her former in-laws (she's meeting her late husband's family for the first time) when the matriarch is murdered. Since every relative and non-relative seems to be scheming and lying, anyone could be the killer and all are guilty of something.

Some Claire Malloy Mysteries are predictable, but this book was enjoyable and interesting to the end. I recommend it.

Carole Leisure
5.0 颗星，最多 5 颗星 Great Read
2016年8月7日 - 已在美国亚马逊上发表
已确认购买
A new detective for me. Love Claire. Death by the light of the moon is funny and keeps you entranced to the very end.
阅读更多