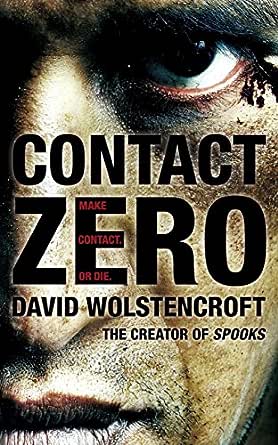 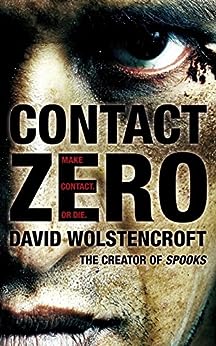 DAVID WOLSTENCROFT was born in 1969. He grew up in Edinburgh but now lives in Los Angeles. He is the creator of SPOOKS, the BAFTA award-winning spy drama, produced by Kudos for BBC ONE, and the author of GOOD NEWS, BAD NEWS. You can contact David via his website at www.davidwolstencroft.com (20060325) --此文字指其他 kindle_edition 版本。

Jerry Saperstein
5.0 颗星，最多 5 颗星 Globetrotting spy thriller with lots of suprises
2005年12月25日 - 已在美国亚马逊上发表
You're young and embarking on a career as a spy for Her Majesty's government. And then in a single instant your entire life falls into a rat hole. You run, cast off by your government. There is no place to go, no place to turn . . . except, maybe, what might be a myth: Contact Zero, a refuge for spies thrown away by their governments.

Thus begins the saga of Ben Sinclair, Jamie Gallagher, Nat Turner and Lucy Matthews, the four survivors of the last class of MI6. The other six of their class they learn have all been murdered. These are the survivors. They find each other and begin their hunt for the fabled sanctuary. But one of them carries a secret.

Back in London, K.B. and the Chief track the unfolding of Operation Greco which they secretly hope will put an end to their long held fears and hopefully all those who know the source of those fears.

In "Good News, Bad News", David Wolstencroft demonstrated a flair for wry humor, complex plots, fast action and absorbing characters. He doesn't quite match that standard in "Contact Zero," but the shortcomings can be measured in millimeters.

"Contact Zero" moves fast. The plot sometimes strains credulity, but never enough to be disturbing. A couple of the characters don't ring true, but again the deficiencies are swept along with the action.

The action is where it's at. The four survivors feel their way across murky clues, odd characters, close escapes and their own weaknesses. As the climax nears, the tension grows as we learn the real reasons for the murders of the fledgling spies and the true goal of Operation Greco.

Every page gives way to the next: it's difficult to stop turning them for mundane considerations like work and sleep.

"Contact Zero" is not a perfect thriller. Some of the jump-cuts are just a bit too much TV like. A few of the characters, as noted, are weak. But overall, Wolstencroft has turned in a second thriller quite nearly as enjoyable as his first and that's quite and accomplishment, as well as a treat for the reader.

Fred Rayworth
4.0 颗星，最多 5 颗星 Pretty Good
2007年12月24日 - 已在美国亚马逊上发表
I don't usually read spy stories, but found this in a discount bin and it looked intriguing. I loved the first two seasons of MI-5, or Spooks, as they call it in England, and that was enough street-cred from the author to give this book a chance.

For the most part, it is quite well done and I especially like the way it turned out. My only problems were two. For one, it head hops, sometimes from sentence to sentence and I had trouble figuring out who's point of view I was reading about. The second thing was those flashbacks. I think they were essential to the story, but seemed a bit too long. For example, things were chugging along, then we had to stop and go back a few years. This happened several times and seemed to bring the momentum to a screeching halt. I just think those flashbacks could have been done in a few paragraphs instead of one or more chapters. In a couple of cases, they were long enough to be separate sections.

Overall, this was a great read and if you like spy stories and don't have a particular sensitivity to point of view issues or long flashbacks, I recommend this book.
阅读更多
1 个人发现此评论有用
加入亚马逊Prime，从此免运费
亚马逊Prime会员可享海外购美/英/日/德跨境免邮，全年无限次！更有免费无限次阅读电子书服务
> 立即加入
了解我们
合作信息
帮助中心和购物指南