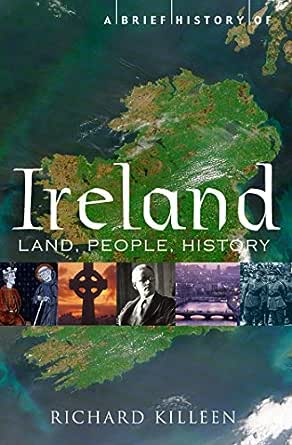 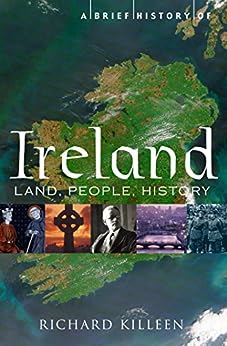 Richard Killeen is a historian and the editorial director of an Irish publishing company. He has written a number of books on Ireland's past including A Short History of the 1916 Rising and The Concise History of Modern Ireland. --此文字指其他 kindle_edition 版本。
click to open popover

Foxbat
4.0 颗星，最多 5 颗星 Sophisticated, informative and generally well written
2017年8月20日 - 已在美国亚马逊上发表
已确认购买
A solid introduction to Irish history and an opportunity, for me at least, to expand my vocabulary. The sophistication of the writing did leave me frequently at a loss as to what was meant in some sentences. I also had the feeling that leaps in time were being made, then reversed, before continuing on. This may be more indicative of my level of literary comprehension than the author's errors. The author succeeded in my mind of maintaining a balanced approach to the political disputes in that both sides excesses were covered, and reasons for each sides concerns and grievances stated.

I would have greatly enjoyed, and likely improved my comprehension, had the author included maps of the areas being discussed, photos or drawings of major actors, and most importantly a timeline of events to check my comprehension. Additionally, for those of us new to Irish history, a glossary of who the various groups are and what they represented. All of these are frequent omissions in books of history, and have been told by some of the prolific historical writers that such omissions, at least for images, are due to the high costs of preparing or obtaining permission to use images. Their absence is still painfully noted by the reader.

Teresa S
5.0 颗星，最多 5 颗星 Exactly what I wanted.
2018年1月8日 - 已在美国亚马逊上发表
已确认购买
This is exactly the type of book I'm looking for when I want to learn about a country - a very broad, high level look of the people, the politics, the land. I often buy books about a country and am disappointed to find that it's entirely focused on war and politics. This book captured so much more.
阅读更多
11 个人发现此评论有用

JAY F REGAN
5.0 颗星，最多 5 颗星 A well-written scholarly overview of Irish history.
2019年8月22日 - 已在美国亚马逊上发表
已确认购买
Even though this book was a very long read, it was well organized and very captivating about the main points of Irish history. I have much Irish heritage in my family, and actually at least half of my heritage is from County Sligo in Ireland, so this book made it very enlightening, to say the least! I had no idea that Ireland was full of such a rich history and civil unrest. It's amazing to me that the country has actually survived all that it has gone through going all the way back to the Celtic era and before.
阅读更多
2 个人发现此评论有用

tpflyers
5.0 颗星，最多 5 颗星 Great summary of Irish History which proved invaluable on trip to Ireland
2019年8月10日 - 已在美国亚马逊上发表
已确认购买
I read this book before going to Ireland. As we traveled around I found myself referring back to it countless times (I practically re-read the book). I ended up using it more than the Lonely Planet Guidebook which went with us. It's an easy read, gives context to the breadth of Irish history, and well organized and linear.
The book starts a bit slow (too much editorial context and given the lack of documentation there's few fascinating tales). However, by the time we get to the Viking invasion, the Normans, and the Protestant Ascendancy, etc., the book finds its stride and balance. Fortunately, because each chapter is sufficiently complete, you can easily treat the individual chapters as stand-alone readings.