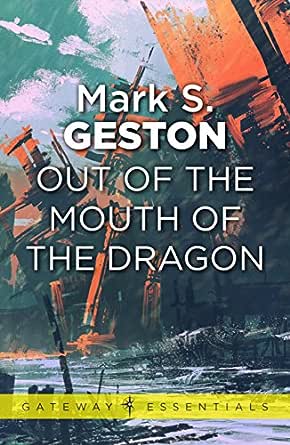 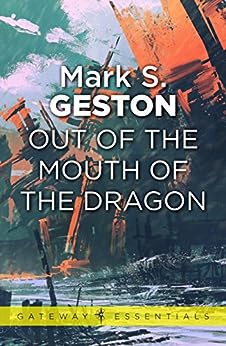 David E. Mann, MD
4.0 颗星，最多 5 颗星 Dystopia incarnate
2020年6月25日 - 已在美国亚马逊上发表
This is a dark, dark book. It is a sequel to Lords of the Starship, or at least set in the same far future world, at a much later time. Some of the place names are familiar from the earlier book, some are not. Unlike the earlier book, which covered many years and many characters, this book focuses on one man, Amon VanRoark, and his quest for...purpose, meaning?
Written in the 60s during the Viet Nam War, there is much of the horror and senselessness of war here. If anything there is too much violence, too much darkness, too much dystopia. The prose is sometimes so cloudy as to be obscure and difficult to understand. This is Jack Vance's Dying Earth and Gene Wolfe's Book of the New Sun carried to extremes. I'm not sure I've ever read a more pessimistic book. I would give it 5 stars if it wasn't so difficult to wrap my mind around the author's prose.
By the way, as I mentioned in my review of Lords of the Starship, the author is the son of my High School PE teacher, and this book too is autographed by the author. I'm not sure how I got it, but it took me from 1969 until now to read it. Shame on me!

Tim Lukeman
5.0 颗星，最多 5 颗星 A powerful, darkly hallucinatory vision
2012年4月5日 - 已在美国亚马逊上发表
Let me add another 5 stars for this astonishing & sadly neglected novel from 1969. The initial publication date is crucial to understanding its furious, deranged, yet strangely lyrical intensity, as the author was in college at the time, in the midst of the countercultural questioning of everything -- especially the insanity that was the Vietnam War. Moreover, his generation (which was mine as well) had grown up under the immense shadow of the atomic bomb; had actually practiced Duck & Cover drills as pre-teens; were primed for hideous visions of apocalypse in the next heartbeat.

And that's just what this novel delivers in a stream of fantastic, grotesquely ornate images & a truly hallucinatory prose style. Some have wished for a less sloppy, more tightly composed story; but in this case, I think cleaner, more structured writing would have lessened the novel's impact. The sense of both the universe & human sanity cracking at the seams, ready to shatter at any moment, only makes this seething furnace burn all the more hotly & insanely. Thus it truly captures the Zeitgeist of the times -- or at least the dark side of it that haunted so many of our nightmares: a future of endless war, its horrors burning through the flimsy, glossy facade of honor & glory & nobility like a dying white phosphorus sun.

Technically, this is science-fiction, informed by the then-current New Wave. As such, it draws just as much on the currents of existentialism, post-war modernism, and anti-literature prevalent at the time. Yet for all its roots in that time, it remains a timeless narrative, as we all may find ourselves face to face with that vast, titanic, destroying void of meaninglessness even now. Highly recommended!

pinlighter
5.0 颗星，最多 5 颗星 A unique and amazing book
2004年5月20日 - 已在美国亚马逊上发表
Geston writes very little today, but the late 60's saw a brief efflorescence of his work. This book and its clumsier predecessor LORDS OF THE STARSHIP are set in approximately the same future history - one where humanity has retreated from the stars to a crippled Earth and now fights repeated apocalyptic battles, False Armageddons, in a futile attempt to end creation.
The brutality of this scenario is set off and framed by images of great sadness and beauty: angels scarred by napalm, dead prophets speaking with prosthetic voiceboxes, ancient machines of nearly sentient cunning, and a maddening not-quite-engagement with the authentic supernatural which reflects the existential torment of the prophets and pilgrims who move through this darkening world.
It's far from a perfect book, but it has an absolutely unique vision. Read at the right age, OUT OF THE MOUTH OF THE DRAGON will change your life
阅读更多
6 个人发现此评论有用

Witkor Dingo
5.0 颗星，最多 5 颗星 Peculiar in a good way.
2010年3月22日 - 已在美国亚马逊上发表
A very odd end of time novel about a young man seeking a meaning to life when the planet suggests there is none. Strange battles between high and low tech forces abound, as the world falls apart and humankind dwindles. There are a few mentions of females, but not a single line for a female character! Probably will never make the top 100 Sci-Fi/ Fantasy novels you must read, but I liked it. Most memorable ending.
阅读更多
加入亚马逊Prime，从此免运费
亚马逊Prime会员可享海外购美/英/日/德跨境免邮，全年无限次！更有免费无限次阅读电子书服务
> 立即加入
了解我们
合作信息
帮助中心和购物指南