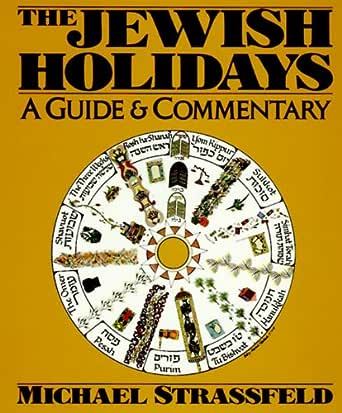 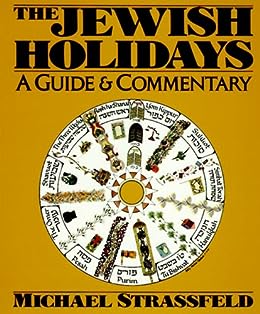 Passover (Pesah), which celebrates the Exodus of the Israelites from Egypt, begins on the fifteenth of the month of Nisan and continues for seven days, through Nisan 21, though many Diaspora communities celebrate it for eight days (see discussion of the second day of festivals in Appendixes 1. and 2). The name Passover is taken from the Exodus story: During the tenth and ultimate plague inflicted on Pharaoh to break his will, God passed over the Israelites and struck down only the Egyptian firstborn. That night Pharaoh finally agreed to let the Israelites go; and ever since then, we gather together on that night to commemorate that time, and to contemplate the meaning of being freed by the "mighty hand and outstretched arm" of the Holy One.

The central meaning of Passover is liberation, and hence it is also called zeman heiruteinu -- the season of our liberation. Another name for Passover is hag ha-aviv -- the holiday of spring. The Jewish calendar is set so that certain holidays always occur in a particular season of the year (unlike, for instance, the Moslem calendar). Thus, the holiday of liberation is also the holiday of spring, not simply by coincidence but by design. Following the bleakness of winter when everything is covered with the shrouds of snow, spring marks the rebirth of the earth with the bursting forth of green life. Similarly, a people enshackled in oppressive slavery, doomed to a slow process of degradation or even extinction, bursts forth out of Egypt into a new life's journey leading to a land flowing with milk and honey. The watchwords of both spring and Pesah are rebirth and hope. Thus, the spirit of renewed optimism aroused by the sights and smells of spring are reinforced in a Jewish context by Passover with its trumpeting of the possibilities of liberation. Passover reminds us annually that no matter how terrible our situation, we must not lose hope. Passover holds out the possibility of renewal, proclaiming that such change is as intrinsic to human nature as are blossoming trees to the natural world.

Another name for Pesah is hag ha-matzot -- the holiday of the unleavened bread. The matzah evokes images of that night when the Israelites ate the sacrificial lamb in fearful and eager anticipation of the future. Around them arose the wails of Egyptians mourning the deaths of their firstborn. Suddenly, the word came from Moses to hurry forth. The Israelites had no time to let the dough rise for bread, and so they carried with them this "matzah" as their only provisions.

Matzah as a symbol of liberation is meant to trigger in our minds the whole story, which began in slavery and ended in freedom. It also reminds us of God's role in the Exodus, for it recalls the simple faith of the Israelites, who were willing to leave the home they knew and go off into the desert. Having seen God's redemptive power, they trusted in His promise. As His people, they were willing to follow after Him into "an unsown land" (Jer. 2:2).

It is this act of redemption by God that establishes the Covenant between Israel and God. Prior to the Exodus, the covenantal relationship existed only between God and individuals-for example, between God and Abraham. Passover marks the beginning of the relationship between God and the Jews as a people. God's claim to the Covenant lies in His having fulfilled His promise to bring us out of Egypt. Having redeemed us, God promises: "And I will take you to be My people, and I will be your God. And you shall know that 1, the Lord, am your God who freed you from the burdens of the Egyptians" (Exod. 6:7).

This covenantal relationship lies at the heart of the celebration of Passover. We rejoice for the past liberation from Egypt and for other redemptions by God since then. And because of the fulfillment of past promises, we anticipate at Passover the future final redemption. We create a special role for the prophet Elijah at the seder (see below) as the symbol of our faith in the redemption soon to come.

Because it is the crucial event that marks the beginning of our sacred history, the Exodus is referred to repeatedly in Jewish liturgy and thought. For example, the shema (the central prayer in Jewish liturgy) concludes "I, the Lord, am your God who brought you out of the land of Egypt to be your God: I the Lord your God" (Num. 15:41). At Passover we are commanded to tell the story of the Exodus. This commandment, unique to this holiday, leads us not simply to remember the Exodus but to expand upon the tale, to explore its complexities and develop its meaning. Thus the Haggadah, the liturgy we use at the seder, states:

In every generation, each person should feel as though she or he were redeemed from Egypt, as it is said: "You shall tell your children on that day saying, 'It is because of what the Lord did for me when I went free out of Egypt.' For the Holy One redeemed not only our ancestors; He redeemed us with them."

The uniqueness of Passover is encapsulated in the above passage. It teaches us that Jewish history is also a timeless present, that Passover is not simply a commemoration of an important event in our past-analogous to the Fourth of July or Bastille Day-but an event in which we participated and in which we continue to participate. We are meant to reexperience the slavery and the redemption that occurs in each day of our lives. It is our own story, not just some ancient history that we retell at Passover.

To relive the experience, we are commanded to observe three rituals:

1. To tell the story of the Exodus. As the Torah states: "Remember this day, on which you went free from Egypt, the house of bondage, how the Lord freed you from it with a...

Diane M. Glover
3.0 颗星，最多 5 颗星 Informative, but not real user friendly.
2015年2月20日 - 已在美国亚马逊上发表
已确认购买
This book is very indepth. It covers all the jewish holidays as well as variations of them. There are pictures and diagrams and a ton of information from a historical context to a modern application of these holidays. While vary informative.. it's somewhat textbook like in its wording. There isn't a flow of thought concerning the deep seeded meaning or emotions involved with these celebrations. And while it is a good resource, it's isn't as user friendly for actually using in the recreating of these events.
阅读更多
5 个人发现此评论有用

youngirene
5.0 颗星，最多 5 颗星 Good Book
2016年12月15日 - 已在美国亚马逊上发表
已确认购买
Good book with lots of information. I am not Jewish but wanted to know more about the Jewish customs as I am a follower of a man who was Jewish. I would recommend this book for anyone who would like some clarity on Jewish holidays.
阅读更多
5 个人发现此评论有用

Joan Zak
5.0 颗星，最多 5 颗星 A graduate course in Jewish Holidays
2019年9月1日 - 已在美国亚马逊上发表
已确认购买
The book is very interesting. The material is very dense and exactly what I was looking for. It wouldn't be appropriate for someone who doesn't already know a lot about the holidays so they know what to focus on. It's a good guide for educators.
阅读更多

Franhp
4.0 颗星，最多 5 颗星 Good!
2016年8月7日 - 已在美国亚马逊上发表
已确认购买
I am converting soon. Wanted to learn about the holidays. For a newcomer it is a bit confusing because of the Hebrew dates given. Very informative on what happens on each holiday, but have a Hebrew calendar handy to follow along.
阅读更多
4 个人发现此评论有用

Arlene
5.0 颗星，最多 5 颗星 A lovely book, must read for conversion classes
2020年5月13日 - 已在美国亚马逊上发表
已确认购买
My rabbi had me read this book during my conversion process years ago. It’s a nice supplemental reading compared to actually experiencing the holidays yourself in the synagogue and other members of the tribe. It was helpful in that the book also explained how vast the Diaspora is — each holiday is celebrated differently, whether it was the people of the shtetl or Sephardic Jews. It helped me make my own traditions of Judaism for myself and my son, while still respecting the ways of the old.
阅读更多
加入亚马逊Prime，从此免运费
亚马逊Prime会员可享海外购美/英/日/德跨境免邮，全年无限次！更有免费无限次阅读电子书服务
> 立即加入
了解我们
合作信息
帮助中心和购物指南