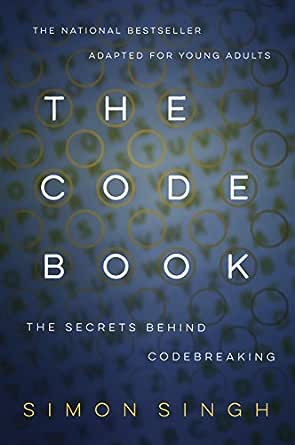 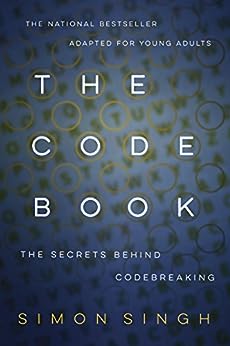 The Code Book: The Secrets Behind Codebreaking (English Edition) Kindle电子书

Simon Singh is the author of Fermat’s Enigma and The Code Book. He lives in London.

The Cipher of Mary Queen of Scots

The birth of cryptography, the substitution cipher and the invention of codebreaking by frequency analysis

On the morning of Saturday, October 15, 1586, Queen Mary entered the crowded courtroom at Fotheringhay Castle. Years of imprisonment and the onset of rheumatism had taken their toll, yet she remained dignified, composed and indisputably regal. Assisted by her physician, she made her way past the judges, officials and spectators, and approached the throne that stood halfway along the long, narrow chamber. Mary had assumed that the throne was a gesture of respect toward her, but she was mistaken. The throne symbolized the absent Queen Elizabeth, Mary's enemy and prosecutor. Mary was gently guided away from the throne and toward the opposite side of the room, to the defendant's seat, a crimson velvet chair.

Mary Queen of Scots was on trial for treason. She had been accused of plotting to assassinate Queen Elizabeth in order to take the English crown for herself. Sir Francis Walsingham, Elizabeth's principal secretary, had already arrested the other conspirators, extracted confessions and executed them. Now he planned to prove that Mary was at the heart of the plot, and was therefore equally to blame and equally deserving of death.

Walsingham knew that before he could have Mary executed, he would have to convince Queen Elizabeth of her guilt. Although Elizabeth despised Mary, she had several reasons for being reluctant to see her put to death. First, Mary was a Scottish queen, and many questioned whether an English court had the authority to execute a foreign head of state. Second, executing Mary might establish an awkward precedent--if the state is allowed to kill one queen, then perhaps rebels might have fewer reservations about killing another, namely, Elizabeth. Third, Elizabeth and Mary were cousins, and their blood tie made Elizabeth all the more squeamish about ordering her execution. In short, Elizabeth would sanction Mary's execution only if Walsingham could prove beyond any hint of doubt that she had been part of the assassination plot.

The conspirators were a group of young English Catholic noblemen intent on removing Elizabeth, a Protestant, and replacing her with Mary, a fellow Catholic. It was apparent to the court that Mary was a figurehead for the conspirators, but it was not clear that she had given her blessing to the conspiracy. In fact, Mary had authorized the plot. The challenge for Walsingham was to demonstrate a clear link between Mary and the plotters.

On the morning of her trial, Mary sat alone in the dock, dressed in sorrowful black velvet. In cases of treason, the accused was forbidden counsel and was not permitted to call witnesses. Mary was not even allowed secretaries to help her prepare her case. However, her plight was not hopeless, because she had been careful to ensure that all her correspondence with the conspirators had been written in cipher. The cipher turned her words into a meaningless series of symbols, and Mary believed that even if Walsingham had captured the letters, he could have no idea of the meaning of the words within them. If their contents were a mystery, then the letters could not be used as evidence against her. However, this all depended on the assumption that her cipher had not been broken.

Unfortunately for Mary, Walsingham was not merely principal secretary, but also England's spymaster. He had intercepted Mary's letters to the plotters, and he knew exactly who might be capable of deciphering them. Thomas Phelippes was the nation's foremost expert on breaking codes, and for years he had been deciphering the messages of those who plotted against Queen Elizabeth, thereby providing the evidence needed to condemn them. If he could decipher the incriminating letters between Mary and the conspirators, then her death would be inevitable. On the other hand, if Mary's cipher was strong enough to conceal her secrets, then there was a chance that she might survive. Not for the first time, a life hung on the strength of a cipher.

Dr Ricardo Davidson
5.0 颗星，最多 5 颗星 Good coverage of a complicated subject
2018年1月8日 - 已在美国亚马逊上发表
已确认购买
This is a light weight version of The Code Book from the same author. Very thorough, very enjoyable and enriching. More accessible than The Code Book, it should perhaps be read by a wider readership.
阅读更多
5 个人发现此评论有用

kg4giy
5.0 颗星，最多 5 颗星 A good review of the history of codes and code-breaking.
2018年3月24日 - 已在美国亚马逊上发表
已确认购买
Wondering what they used to do before computers to send secret messages? This is the book for you, and for a look ahead. Simon makes the history of codes, code-breaking, and code creation interesting and engaging. You want to play with them when you are done, even though many are easily broken with today's technology. Fun for the whole family.
阅读更多
3 个人发现此评论有用